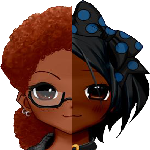 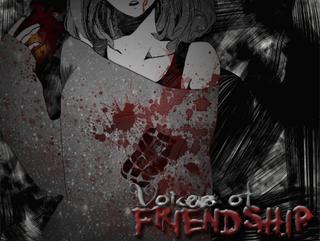 "Do you hear the voices?"

i actually wrote one too lol

Ahahah yes, now I saw that (I agree with the rating, maybe I will read it later)! I forgot that the game is pretty old! Anyway there are lots of nice horror game, sadly I found them only recently!

HOLY SMACK APPLES! We can't believe that we didn't see this review until now!

First and foremost, thank you SO much for taking the time to review our problem child, VoF. We really do appreciate when we get detailed feedback about our games. With everything that you said, we agree with you 100%. We did state alot of this in our last review, but VoF was our first game, and we really didn't want to be the same as what was out there at the time (which was hard, because RPG maker games were everywhere)

We wanted to create a story that would engulf the player (even if we dragged it out a bit) but for the most part, we just to make a interesting plot. For us, story is what makes a game really stick out, and with the knowledge and resources we had at the time, this was all we could really do with the story at that point.

Honestly, we would LOVE to be able to do a re-master of the game (know that we aren't total NOOBS anymore), but it's just not in the cards, as adulthood has taking all of our free time.

As we stated before, no game is perfect and will have its flaws, no matter how many times we update, there will still be someone out there that has something to say about it. lol We just honestly appreciate you taking the time to writing a review, as we truly love reading them!

THANK YOU AGAIN and we hope to be able to create more games in the future (if life permits). We appreciate you always!

author=WatashiDake
OH Wow! This game was really fun to play.
I can see how hard you worked to get it done. I love the story and the characters especially Bonne. She is too crazy and I love it. I think I get her reasons but still, she made me shive a couple of times. SUPER CREEPY !!!
I loved Ibby's new look. But the girl I liked the most was Liling though she didn't appear much in the game. If there is a sequel I hope she appears more and hopefully not die.
Oh, I wanted to ask about the death log. Does the end change when completing it?

Hey WatashiDake!
Thank you so much for your review, and it really warms our hearts that you enjoyed our game!

We are gald that the characters left an impression on you, which means we did something right. lol

Show
Also, with Liling, in the sequel, you will see more of her.


With the Death Log, if you do complete it, Gyr will give you something special after the "True Ending".

Show
Since you seem to have played it to the end, if you give us your e-mail, we will send you a copy with the Death Log filled out so you can see it for yourself. =)

OH MY RA! This is the BEST review we have EVER received! Like wow, the dedication of writing such a detailed review is beyond us! We truly appreciate your insight and all of it is definitely valid! (due to the fact you played the beta version of VoF, and yes, that version was a trip!)

First off, we really appreciate that you gave sort of a background of the game, letting people know when it first released and telling them that it was constantly updated. If we were told about a problem, we would try to update the game ASAP! (Because we're gamers by trade, and understand the frustrations of when a game doesn't work properly). Also, as stated, yes, this game was our FIRST game, so we knew it wasn't going to be great, and the origins of the VoF game was that it was just going to be a trial game for us to teach ourselves how to use RPGMaker Vx Ace 4 years ago, but since we worked tirelessly on it for that long, we just decided to release it. At that time, RPGMaker games were at a all time high and from what we were watching on YouTube, we were interested to join the bandwagon as fast as we could. But we feel like for 2 people who didn't know SQUAT DIDDLY about RPGMaker, we say we didn't do half bad.

Secondly, we love how you stated this game isn't for everyone and that is 1000% true!

What people need to understand about the genre "RPGMaker Horror" is that it doesn't have to be 100% scary and let's be honest, nowadays, the cheap jumpscares are more annoying than scary, and we didn't want to use that in our game. We wanted to mix suspense/mystery elements, and elements of humor (because our main goal as Jen&Sis is to put a smile on people's faces when they play our games.) Now we know that VoF isn't going to scare your pants off or anything, and that's okay. That wasn't our intention. We just wanted to tell a story about how friends can come and go...
Show
...even if that friend gets possessed by a demon!
We had to put this as a "RPG Horror" game because that's what was the genre it was close to...we mean..if someone wants to make a "RPG Mystery" genre, by all means, we would move it over there. lol

And yes, we are sorry about Lust...she was definitely a character, but it had to be done...I mean...she's the embodiment of lust...so...yea.

Thirdly, the puzzles. Yes, when the game first came out, the puzzles were a bit troublesome...cough...Nightmare Maze...cough.

Due to how much we saw people struggling or abandoning the game early, we completely updated the 2 most annoying maps. The other puzzle that was a doozy was yes...the minecart maze. We're sorry, we were trying to make something different and it became a pain later on, so now we know that we won't be using that method anymore in our games. LMAO

We are always open to what people thought about the puzzles (just please be respectful about it), because then we know what works and what just pisses people off.

Lastly, the VoF sequel...yes, we were a bit hesitant about the subject, but if the people wanted it, we were going to give it to them. VoF has a lot of story, but we couldn't just put it in one game, but we also wasn't going to work hard on a sequel that no one wanted. We will say, the VoF sequel is going to be a bit different, but it will still have those elements that people grew to love from the first game. But just know, any gripe someone had with VoF, we are taking note so we don't make the same mistakes again!

THANK YOU SO MUCH FOR YOUR FEEDBACK, and for you to be reviewing the FIRST version of Voices of Friendship, we will proudly take that 3 star~ Thank you again for your time, and we hope you enjoy Hobbledehoy and our future games to come. We truly appreciate you rpghorrorfan! You have definitely earned a spot of the Jen&Sis VIP list!

Show
P.S. we're sorry for busting your ears with the dog bark...it didn't matter how low we made that SE...it was just LOUD! I guess Kanji has lungs of steel. lol

author=rpghorrorfan
Hi. I just wanted to say, I can understand why people may not have enjoyed your game, it does have its flaws. I wouldn’t call it awful though. Personally I enjoyed it overall; I have been meaning to write a review for a while but never got around to it. Expect one in the near future! And I appreciate how you take criticism and work to make your game the best it can be, in terms of bug fixing and helping players who are stuck (and being friendly!). I look forward to seeing your other works! I know you finished another game recently, I will have to get around to playing that soon. Take care, you both seem like really nice people.

Yea, to be honest, it is what it is. Voices of Friendship was our first game and we knew there was going to be good and bad reviews. As we said before, every game isn't for everyone, but we do appreciate you not calling it awful. Lol

But constructive criticism can make future things great, so we don't mind. We stand by our game, no matter what, but we knew it wasn't perfect, and to be honest, all games has flaws. We are truly excited for your review and please let us know what we can do better next time.

author=bicfarmer
this game isnt really a horror game, its a parody, and also a massive joke game. If i didnt already saw someone play it, I'd have played it myself at the time if I knew what it really was.

Thank you for taking the time to comment on our game, but Voices of Friendship in more of a spoopy, suspense-like game.

We wouldn't say it's a parody or a joke, but it's just a game with it's own specific story.

We hope you enjoyed it when you watched it, and if you didn't, please let us know what you didn't like, so we can improve our other games in the the future.

author=Muffle
I'm sorry I really wanted to like this game but it's just plain awful. I wanted to finish it to give it a fair review but I will be reviewing the game from it's unfinished playthrough. I just can't bear anymore to play this awful game.

We are sorry that you didn't enjoy Voices of Friendship. Every game isn't for everybody. We would appreciate if you elaborated on what you didn't like, so we can use that for our future games.

Thank you again for your opinion and if you needed help in some part of game, you can definitely contact us and we will help you through it.

Oh wow, now that you put it like that, we can see why it can get confusing.

Okay, if you want to play a new game just download version 2.2.4. The version 1.2.5 patch was for a VERY OLD version of the game that crashed (v 1.2.4) that we did a update to, because people were still using that version at the time. I think we are safe enough to take that patch off, because that old version should have fazed out by now. But thank you again for letting us know. We will get that taken care of soon.

Also, since your a bug magnet, let us know if you run into anything detrimental. We want to move on from our first game, but it seems like we always stay coming back. Lol also through your gameplay, if you need ANY help, you can contact us jen.sis.productions@gmail.com and we'll help you through the game there. :-)

Well we are glad you was spared from the wrath of our problem child. We want to make sure people enjoy our hard work to the fullest without problems arising.

But we're excited that your interested in the game. We hope you like it when you get a chance to play it.

author=Dragnfly
Congrats on the Completed