Close
I'm Jonathan Stewart, and I'm a music producer from the United Kingdom. I've been working with music for over 5 years. Since a young age I've been songwriting and writing my own compositions. I took GCSE Music and then followed it up with a National Diploma in Music Performance in which I worked with a number of different artists as a live musician. After leaving college I continued songwriting and also began studying Music Psychology, something that I continue to study to this very day in my spare time. I began focusing my career in music just over a year ago, in which I decided that I wanted to start developing music for games, I started off writing music for my own independent Video games, and after founding my own company SMC Games. I re-discovered the reason why I love writing music so much. However, i'm not just a musician I'm also a father of two, which basically takes up the other half of my life, and I love them all dearly! When I do have free time, which is not as often as i'd like these days xD, I enjoy sitting and playing a wide range of Video Games including Civilization V, Ratchet & Clank and Final Fantasy. 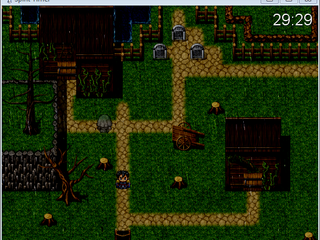 If you only had 30 minutes to save yourself. What would you do? Would you try and save all of your friends.Or would you just lie down and accept your fate...