Close
Just an aspiring game designer. I've played video games since I was little and recently have gotten to the point of 'it would be so cool if this was like this' or 'if there were more options to customize this, it would be amazing', add that on top of getting ideas for games randomly and I figured I'd try my hand at making my own.


My favorite types of games tend to be:

1. Dungeon-crawling, with an emphasis on fun battles and customization with difficulty selection.

2. Horror-type games, it was awesome to see RPG Maker even capable of making games like these. 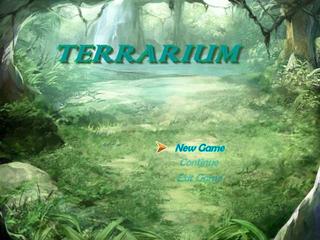 11/30/2017 10:00 PM
Is it just me or is there something going on with using Alt+F4 and it no longer working?
Before, it stretched the screen to fit my entire monitor, and now when I do it, it keeps it in the same 'windowed' aspect, and makes the entire rest of the screen black. It no longer stretches it.

Did the way to fullscreen games change somehow? Or did I change some setting on my VX Ace that's making it bug out?

11/17/2017 07:41 PM
I have a small project that I'm working on behind-the-scenes that has a really great idea going for it, but it comes to a stop when it gets to mapping. Currently, it's on hold, but I'd like to see if there's anyone with a bit of free time on their hands who would like to make some maps for my game. It's not a long game by any means so it won't be a huge project. 20-40 maps give or take, depending on if there's simple hallway maps or small rooms involved.

Shoot me a message if you're interested and I can also tell you more about the game if you'd like or any other information you'd like to know!

- It's a gothic-themed setting, and 80% of maps will be featuring inside a manor.

- There's no money involved, but I can pay in other ways such as helping you with your project if you need help with battles, ideas, balancing, testing, etc. Or if you have anything else you need, we can discuss it!

08/31/2017 10:07 PM
Also I'm apparently having problems with the Yanfly Core Engine when I use DoubleX Reflect. I looked around and can't find anything on it and I'm surprised no one's having this problem.

When I cast an offensive spell on my party, let's say 'fire' for example. I have three party members vs 1 slime. Fire hits player 1, bounces off, hits slime. Hits player 2, bounces off and hits slime. SLIME DIES, and now Fire hits player 3. There is no longer any enemies for it to hit, and the game crashes, giving an error for Yanfly Core Engine line 945, something about nil:class.

Would there be any script or anything to fix this? Thank you in advance!

08/27/2017 06:15 AM
So I'm running into a problem when using Victor's Toggle Target and Yanfly's Weapon Attack Replace. (replaces normal attacks on weapons with skills selected)

When I use the script, it works all fine and dandy. However, in battle, when you use a magic or skill that's affected by the 'toggle target', the next character's turn, when I select the 'attack' option, they're allowed to press the key that makes their normal attack target all enemies. This should not be happening and I have no idea about how to go about fixing this.

I've checked, and the skills that the weapons' attacks are replaced with do -not- have toggle target or scope toggle on them, and even WITH 'scope verification' or whatever, where it requires a piece of equipment sharing that tag in order to let it be able to change to all targets, I don't wear the equipment, and it still lets you choose all targets regardless.

Would there be any way to get a compatibility script for this?

My issue is when I go to the menu, access 'Formation' and remove either the main character, or the second character, it all works fine and as it should, I walk around as the lone character. But when I enter a battle, and it comes to the enemy's turn to hit me, the game freezes. But not in the 'freeze' way, like the game stops, the music keeps playing, just the enemy doesn't attack and I'm left sitting there.
It's almost like the enemy is trying to target the character who was removed but it can't? I don't know.

Anyway, I tried it in a fresh project, and it works just fine. So it might be a script compatibility issue, or it could be something else. The only problem is I have no idea how or where to look without an 'error' explaination popping up.

Is there anyone experienced in this or has had this happen before that could give me advice? If you're good with scripts and feel you could identify what script compatibility issues I could be experiencing, let me know and I can send you a link to the game so you might be able to figure it out easier.

Thank you for your time~ :3

What I'm having a problem with, is on Line 286, where you can customize the 'wait' feature. I want to use the 'Random' option to make the text randomly go off to the right or left. So I put 'True' for random. This causes the error:

And here's the section of the code.

Any ideas on how to fix this?

What to do or where to post when you need a few testers?

So I kinda would like some input from other players then just myself play testing it so I can get some constructive criticism and thoughts. ^^; Would that be posting it here or what?
Pages: 1