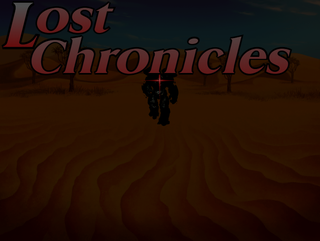 03/07/2022 08:45 PM
I have some pretty good news. I removed every line of conflicting javascript in the notetags of the skills and states, not a single one left untouched. Suddenly, with all the javascipt removed, my game works like a charm. Anyways now to adress your concerns.

For the plugin amount, no, I don't think I have too many. Every single one is important in one way or another and as you can see a lot of them were turned off since I didn't need them at the moment. All of them enhance my game is one way or another. Even just with the ones you mentioned Weapon Swap is crucial to my battle system, crafting makes drops more varied and allows for a more unique way to obtain rare and powerful items then just having them bought or found in a chest, (and is super simple too) and enemy levels is crucial for my game's balancing system in which enemy stats are based off classes and given modifiers to make them weaker or stronger than the average. I need enemy levels for that system to work as intended, that system being incredibly useful as otherwise I have to balance all the stats myself and that's a huge pain and I'm remarkably bad at balancing. Ever since I'm implemented this system in Lost Chronicles my games balance has been improved tremendously, so removing those plugins would be a no-go.

And yes, I always have an idea of what my game is going to be beforehand. I usually have the plot and all mechanics written down in great length sometimes years before I even start making the game. However, this game, Meteo Chronicles R, is a remaster of an existing game, Meteo Chronicles, so I already have the base already made and now I'm just refining it. Added new mechanics and content cut from the original game along with refining what's already there such as the dialogue, graphics, music, and class system. Most of my projects, even the small ones, have like 50+ plugins involved at minimum, each one serving an important role. Removing any of them would make my games a lot less fun to play since base RM is lacking in so many vital features that only plugins can currently provide.

Finally, the problem didn't lie with the MV plugins in MZ. I'm using FOSSIL, which is a community plugin that allows a large library of MV plugins to become fully compatible with MZ. I've checked, all the MV plugins in my MZ project I'm using are on that list and all of them work perfectly fine and as intended in MZ. The real problem was with the javascript I used for some of the passive states which was faulty in some way, causing the entire game to crash upon startup. I still don't know which one specifically caused it, maybe all of them, but the problem certainly did not lie with the MV plugins since I'm using FOSSIL which makes all of them fully compatible with MZ.

03/06/2022 12:04 AM
Well, good news. I solved all my issues I've been having with my various passive states and such. The only problem? The glitch is still there! "Unexpected Token "("" keeps appearing every time I try to launch the game. I know 100% that it's an issue with Visustella Skill Core because if I remove that and all plugins that require it everything is fixed. Problem is is that that plugin makes many of my game's features actually work such as the battle system, so that's a major problem. Going back to an old version won't help anything as I know what the issue is. It's with skill core and even if I did have a backup I would lose an insane amount of progress for everything else. This problem has been there since I started this project most likely since I transferred over the files for Meteo Chronicles from MV over to MZ. I just don't know what to do at this point. I've tried everything...

03/05/2022 01:04 AM
Found the answer I was looking for. Apparently someone is in the process of translating every Yanfly Tips and Tricks to MZ on the official forum and they're nearly done. Here is the link for everyone who is interested: https://forums.rpgmakerweb.com/index.php?threads/how-to-implement-every-possible-yanfly-tips-tricks-effect-in-mz-with-visustella-plugins.143816/

03/05/2022 01:03 AM
Found the answer to all my problems. You know you could have linked this from the beginning, right? https://forums.rpgmakerweb.com/index.php?threads/how-to-implement-every-possible-yanfly-tips-tricks-effect-in-mz-with-visustella-plugins.143816/

I wasn't trying to be disrespectful. You just didn't clearly spell it out that I needed to test if that feature was even possible first before I could make limits on it. And yes, I did want someone to come up with the code for me, since may I remind you that I cannot code. I do not know javascript in any way, shape, or form. Heck, the whole reason I picked up RPG Maker in the first place and not another engine like GameMaker or Unity was solely because it didn't require me to learn code to use it. Just drag and drop and that's it.

Plus, I couldn't even test out the feature in my current project, and I never thought to make a separate test one and no one suggested it. People always expect me to know things without them telling me which can't work because I have autism so I can't just know or think of new solutions by myself without outside help. Anyways this thread is over and all the glitches are solved. Mods, please close this page so people don't keep responding non-stop to a problem that's already solved, drama erupts, and I get banned again. Thank you.

03/04/2022 01:58 AM
I do need help. Please stay. Copying and pasting the code isn't complex javascript. I never even said that and if I did I corrected myself. I'm just not sure if it would work 100%. My theory is that that line of code would make it so ALL skills heal above max HP which isn't what I'm looking for. I only want you to be able to heal past max HP if your inflicted with a certain state, not all the time. Plus, altering the base code could have disasterious consequences that could cause many more issues with plugins and such. It's too risky.

The reason my game keeps crashing is because of the javascript. If I insert more, that will just cause more problems. I've already figured that out. Now I have to look somewhere else since there's only two people active on this forum and it's you and the guy with the Tifa pfp. I just want to know what the new syntax is for these Yanfly tips and tricks so that I can adapt the code to work in MZ, but no one is offering to help with that. Just insisting that I use code that I know won't work and isn't what I'm looking for but when I refuse their code they get angry at me and leave.

I literally don't know anything that was written in the code you provided and I can't test it because the incorrect syntax is breaking the game, so why is it unreasonable for me to be worried about the code you provided when code previously provided broke my game completely? I've been spending the past 8 days fixing it, delaying the release of my game or even just my game page as I can't get screenshots. It's beyond frustrating and I just want some help, but everyone seems to be ignoring my ideas and not reading what I'm saying in full.

All those separate topics I made? All of them are deeply connected together. The mimic skill threat, the heal above max HP thread, the game crash thread, and heck, even the atk boost based on lost hp thread, were all deeply connected and all part of the same issue. I was going to talk about all this stuff in the original thread, but the threat stopped getting traffic a few days in since RMN doesn't have an @ system like the official forums or twitter or something to get people's attention. Plus, the thread was about a glitch in my game and all the other issues I was having (which I didn't find out until later) didn't fit the original topic so I split them into multiple threads. That was my mistake, I should have just included all the additional problems in a second thread instead of 4 separate ones, one for each issue. Please, forgive me.

03/04/2022 12:31 AM
Okay, thanks! What code am I supposed to use? Because I don't know JavaScript. And don't worry about MZ syntax. For everything that isn't plugin based it's exactly the same as MV.

author=JosephSeraph
To simplify what Marrend said:
there's a function that exists to guarantee HP/MP/TP don't exceed their max values. This function is called periodically. That means that even if you do set HP to 1200/1000, the next time the Refresh function is called (which is probably several times per action) it'll get clamped (limited) to 1000.

There's a Yanfly Tips And Tricks article for Curada, a healing spell that stores overhealing in a variable and automatically heals the target when they get hurt.
It is different, but rather similar, you may want to use that.

The syntax should be different but the logic should be the same.


That's the problem. I used Yanfly Tips and Tricks for many things in my game and that broke everything due to using the wrong terminology. I don't know the syntax at all for anything code-wise. I tried changing the syntax but that just caused a different game breaking glitch.

I don't know javascript and can't write a plugin for the life of me.

All I was asking you to do was to make a js file, take that code-snippet, comment a line out, and see what that edit did. This isn't high-level programming. This is a matter of copy-paste-test. If you're not even comfortable doing that, I don't know what to tell you.

Problem is is that I can't test anything like that because MY GAME DOESN'T EVEN OPEN. Every time I try to playtest the game instantly crashes and that's what I've been trying to fix for the entire past week. I need something that definitively, 100% works. What I need is to use the Visustella Anti Damage Barriers to make an HP barrier when healing above MHP equal to (HP + Amount Healed - MHP) Thing is I don't know what as it requires JavaScript. I don't want to mess with the base code as that would probably just break everything.

This whole idea stemmed from a Yanfly tips and tricks, but when I try to implement it since the syntax was different inserting the code shown on the page broke my game. So I deleted every instance of that type of JavaScript in my game's states and replaced them with alternatives, but there are two specific uses that CANNOT be replaced, that being the mimic skill and the overheal state as they're essential to making possible endgame builds in my game that would allow you to stand a chance against the superbosses. Not delving into all this complex JavaScript is key in getting my game to finally work. I need to just use basic plugin features to accomplish this, not a completely separate plugin I would have to code myself that could break the entire engine. I hope you undertstand.