Close
I may have little wings, but I have a big dick heart.

Hey there. I've been into game making since about 2008, but it wasn't until 2014 I was able to complete my first ever game! The game was started and finished in a single week for a contest. In one week I was able to do what I struggled with for 6 years. 6 WHOLE YEARS. HILARIOUS ISN'T IT. 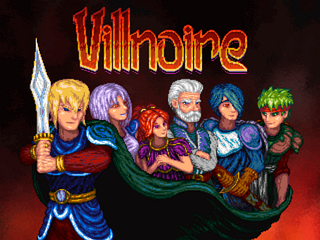 A character driven story of grief, revenge and redemption in this SNES inspired fantasy RPG.

author=QZProductions
2) the feeling I would be seen as arrogant or conceited by doing so. The "if my game is really good, it should speak for itself, trying to speak for it would be arrogant" mindset, so to speak.

This echoes my feelings as well. I've tried my best not to beg for votes or shove it in peoples faces. The only Misao I'm actively hoping for is Summoner of Sounds since my game has a fully original soundtrack created by a friend of mine - I'd love to tell him other people loved his work as much as I do!

I've been so lucky this year though, having people like LordBlueRouge and Darken creating topics like this and mentioning the game on Discord. Quite a few people have fought my corner the past few months, and I'm really grateful for it.

It's a lot of effort to create a topic like this, and to keep drumming up interest. There's a lot of good contenders this year. I'd like to say a big thanks to all that have contributed to this topic, and good luck to those eligible. Great work!

The correct order is as follows:

You've got them all right apart from the Warrior.

Remember, there are four statues right at the start of the forest. You literally copy them exactly. As a helpful hint, If any of those four statues at the start are translucent, that's the game telling you they are not correct yet. The ones that look solid, are correct and you don't need to turn them any further.

If you get stuck, go back to the beginning and keep turning the translucent ones. Once all look solid - continue on in the forest.

It looks like you can't actually vote for I Want to Bring Her Back to Life but I Don't Know Where to Start. That's a shame. It was completed right at the end of last year, so it was completely overlooked - you can however vote for Country of Snow (I assume a spiritual successor) by the same developer.

Right this great injustice and give Country of Snow a download.

Also, if you're having trouble with Best Game Profile Award like I was, check out this beauty: https://rpgmaker.net/games/10892/

My easiest Misao nomination so far. I will be spreading the word, and letting you know what I think (once I'm longer than 10 minutes in).

author=sagefall13
wonderful game! thank you for such a great experience


No, thank you for playing! It means the world to me.

author=Konradix
One last thing: I loved the Chrono Trigger-esque side quest, wished there was a little more... explained about the Lore? Though I get that you've kept it vague since that's not really the focus, and I liked it anyway


I have a deep dark confession to make - I have never played Chrono Trigger! I know, shame on me. Any likeness is entirely coincidental, I promise you.

That whole sidequest was the very last thing I put into the game, and originally in the planning stage didn't exist at all. I'd say it's a good mix of deliberate vagueness and also just wanting to release the game haha. I knew I wanted to have an optional dungeon but I didn't want it to be entirely disconnected from the story either.

Show
I nearly did a quest where you put Kassie's spirit to rest instead, but decided that Zach already had enough character development, and I sort of liked that fact that his previous actions had a consequence he couldn't fix.

author=Raiem
I like how the dialogue flowed very well. And the characters had nice interactions, and had good character development. Emilia could have used some more focus in that, but what was given was nice. Art and gameplay was good, too.

Thank you so much! I'm really glad you enjoyed it. In some ways, making Emilia a mute was the best decision I made because otherwise my cut scenes would have gone on for even longer (if you can even believe that's possible). It did make character development for her tricky, especially as she joins in the latter portion of the game, but what can you do!

Show
I'm afraid this is no answer to your question. To me, the fact that we never find out her name solidifies her tragic circumstances. Besides, Lukas and his family are entitled to some final peace and privacy!

author=Xenomic
Yeah, that's about what I was expecting...

Even though it's not my game, I think I'd like to say a huge thank you and well done halibabica!

You started playing this on the 5th of March, that's over 8 months you spent on this game. The amount of time, effort and dedication you put into this review is staggering! This topic is full of constant updates, constructive criticism, bug fixes and suggestions which in itself could easily be considered a review for the game - let alone the actual formal typed review!

Yes, a 2 star review isn't what anyone wants to have, but I don't want people to just focus on that low score or undermine the huge effort you put in. Brilliant stuff.

I also started Black Eagles, but I feel like Hubert is going to stab me in the back (literally). I made Edelgard my tank which is hilarious to me as you can't even see her face behind her gigantic shield.

Caspar is a Brawler and believe me when I say I have zero regrets. 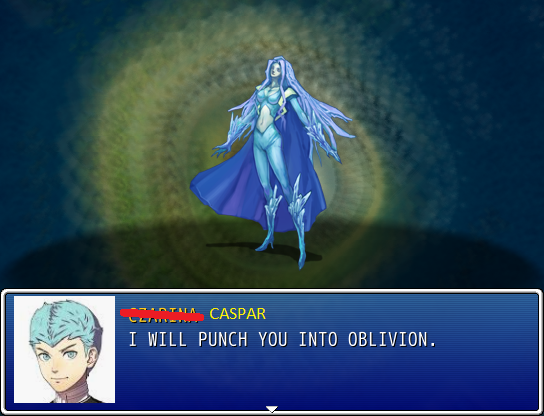