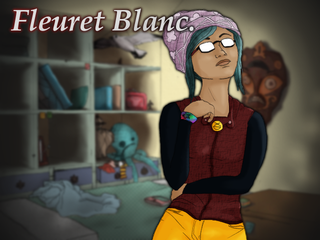 I'm trying to get a version of ECON working on Steam, but for some reason when they test the thing they can't get the online multiplayer to work. So I'm looking for a couple people who have some free time who might be willing to spend ten minutes or more trying it out so I can get more data. It's on Steam already so you'll get a free Steam key.

Also, if you're familiar with Construct 2 and know how to fix the online issue, I'm willing to pay. :)

10/18/2016 01:01 AM
When you're playing a game that gives you options for responses during events, the way they go about it is some blend of tradition and what's needed for the game. I don't have a firm grasp on whether some things exist because they always have, or whether they exist because they work and keep working.

That said, we've been juggling ideas for a response selection system for this new project. We're not trying to innovate, but some of the traditional options don't work for everything.

Things we had to consider are:

-Controls do not use mouse
-Controls function like a normal RM game (Direction, Confirm, Cancel, etc.)
-Event scenes tend to zoom closer for a more cinematic view
-Not every option instance has the same number of options (can be from 2-5 so far)

This is one of the ideas we have going, and I'd like to know some more opinions on it. (Excuse the poor framerate of the recording.)


I've heard that cycling through options breaks the pace of a scene because you can't see all of your options side-by-side, but the cost benefit would be less screen clutter, and the scene itself feels less broken in a way because there isn't a big, game-y dialogue wheel or something (like Bioware might use).

Thoughts on this, or examples of other things I can research to better fit this experience?

06/25/2016 03:20 PM
Reives and I had the honor of being invited to hang out with the folks at Jogabilidade, a Brazilian gaming/journalism group. They were the ones who ported To the Moon into Portuguese. Great guys!

Here it is if anyone is interested in watching. They will post an interview with Kan at a later time with some questions about Finding Paradise and stuff, so if you're into Freebird Games or Brailian gaming maybe you'll find this fun. :)

[Poll] Is It Ever Too Late For Updates?

06/10/2016 07:34 PM
OXENFREE is an awesome indie game that came out early this year and just release an update for New Game+, as well as a couple of other neat things. The New Game+ adds a lot to the game as a whole, but without it the game was by no means incomplete. It's a real bonus.

It got me wondering, though, if it's ever too late to add more stuff to your game. Like, if they released OXENFREE two years ago and JUST NOW gave the New Game+, would that be seen as bad? Would it breathe new life into the old? Would it be seen as pathetic, as if they should have done this awhile ago?

We don't have as limited control over patches and updates as developers did in the 90s and before, so we could update graphics and performance and fix typos and add features for as long as the sun supplies us with sweet, sweet energy!

What's the consensus on this?

Is there a "soft" or "hard" time after which it's no longer appropriate to adjust a published game?

02/10/2016 01:30 AM
One way to split how battle systems are implemented in RPGs is whether the enemies follow the same rules as the player. If they do, they are symmetric types of gameplay. The other: asymmetric.

In some strange trend, board games are "more unique" if everyone plays asymmetrically, whereas the majority of RPGs are built around that asymmetry almost by default (and if that sounds farfetched, look at the default battles systems in RPG Makers).

A classic example of asymmetry showing its face is in Chrono Trigger when you fight Magus. He has massively inflated stats, especially HP. But when he joins your team, those stats reduce immensely so that he can fight the way your team fights. It becomes apparent that even though you both have the same names for stats, you and your enemy aren't playing by the same rules.

Counter that with a game like Final Fantasy Tactics. This is of its own "Tactics" genre, sure, but it's an easy example to use. The battles are more symmetrical, like chess or go. Even though you can fight enemies that have massive stat boosts, it feels evident that all of the moves that your enemy makes are constrained to the same laws that govern your team even if they've leveled up WAY more than any individual member you have.

When you play or design a game, do you have a prefence? Which is better and in what situations, and how far can opponents be altered before it feels like they have different rules than the player? Does one style feel more "fair" or more "fun" than the other?

Themes as a Standard

01/12/2016 08:55 PM
If you've taken some sort of writing or literature class you're probably familiar with the idea that everything has a theme, or that at least it "should." Love, comradery, complacency, the dualism of humanity, the vastness of the universe, memory, etc.

When I asked my early writing teacher what possible themes my favorite book at the time, Wizard's First Rule, had, she immediately responded that most fantasy had the (very basic, parable-esque) theme of "Good versus Evil." Now that I'm an adult I know that the book also had another major theme: "People are stupid." This theme isn't even interpretive; the "first rule" of wizards outlined in the title is "People are stupid," and it not only pervades the "Good versus Evil" narrative but it provides the final resolution in a package that's neat and almost invisible if you aren't keen on theme-watching.

As designers/writers, do you create central themes in your game? Do you build around the theme, or let the theme dictate what you do? Or do you make what "feels" right and hope it has a theme after the fact? Or do you think that grasping for themes is contrived and that your game doesn't need to be pretentious in order to work? What are your feelings on themes in the creative process, if any?

As food for thought, FFVIII was touted on the back of the box as having the "theme of love." Although I generally agree that it has a theme of love, I found that theme to be weak in execution and cohesion throughout. In FFIX, however, no one EVER mentions it having a theme, and yet the "theme of Identity/Who Am I?" is stronger and more pervasive than any theme in any Final Fantasy.

(I plan on using the system for more than just the initial Name Input, but that's irrelevant at the moment.)

After some long discussions about which name inputs worked best or were most intuitive, ranging from the archaic arcade style to the ribbon in Beyond Good and Evil to the keyboard thing in Animal Crossing and back to your basic letter-block grid of SNES-era JRPGs, I think I've come up with a prototype that would be an improvement on the system if used correctly.

Just by looking at this concept image (#nofilter), how intuitive do you think this design is? I could really use a non-biased first impression. :)

And let's make this a discussion! Layer on a ton of input on your experiences with naming systems and what you find you need or don't need. :)

I dropped by here to upload a game for the Indie Game Maker Contest 2014, but it's not so cool to drop a game and run off into the wild. I can't promise to be too active with a mixture of other forums and low internet in my life, but I'm fairly strong at dropping by and reading existing material. Lurking, I guess. Although I'm not a fan of the term. XD

I dig JRPGs. I make games and music, but I also work at a local coffee shop. Coffee slinging is probably my favorite real-world job, although I've had quite a few with sound better on paper.

Here are some selected favorite games so we can all bond.

Quintessence - Kan's unfinished Quintessence series is what made me actively work on games with internet communities.
Sunset Over Imdahl - Imdahl's aesthetic and simplistic approach has influenced how I prefer to design games.
Halloween Bash - HB is a real gem, filled with character and flavor, but also with a solid battle system that doesn't wear out its welcome.

Chrono Cross - Every detail of this game has me in its grip, even today.
Catherine - No other game carefully introduces the player to a situation wrought with anxiety while also compounding those feelings of anxiety in the puzzle mechanics.
Majora's Mask - The massive amount of subtlety in this game's world and atmosphere is baffling, especially considering that there's nothing subtle about a mouthed moon.
Resonance of Fate - Underrated as hell, RoF makes a truly brilliant, complex, and unforgiving battle system that has all the strategy of a turn-based affair while looking and feeling like an action game.
Pages: 1