Close
"GONE: A grim cat with fluff. It has a curling tail and moves flirtively. On the cat is the image of finely designed stripes. BEWARE ITS CLAWS. Mittens is associated with snooze, theft and murder." ... "And the angel said to him, 'Stop hitting yourself!' But he could not stop, for the angel was hitting him with his own hands." ... "Cave Story is a jumping-and-shooting action game. Explore the caves until you reach the ending. You can also save your game and continue from where you left off." 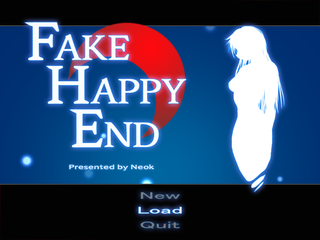 author=Bugfragged
For some reason, Indy's Joker tells me to come back later. Any idea when he'll finally give Indy her new skill?

Edit: NVM, he'll only give up the goods after the main story is cleared.

Yeah, because of plot reasons :P

Hmm, to be a jerk and post a screen of something really cool I've put together that in all likelihood won't be anything for at least a few years, or...

author=Bugfragged
For some reason, Ceres - No Man's Land is available to Leon's party in Phase 2, even though it leads to a bridge that I can't enter due to plot reasons.

Also, there seems to be an unreachable chest somewhere to the upper right of the character in the screenshot. Is it possible to obtain it at this point in the game. Given the way the map looks, I assume I have to somehow reach the chest from the right and then I can drop into the water via the broken ladder.

Edit 2: At the bridge, it turns out fighting the turrents instead of using the password results in more EXP, but each turrent has fairly high single target damage. Good to know there is an incentive to doing it the hard way. tbh I really don't remember that much, but most things that seem unreachable, aren't. Just need to search the area.

author=Estranho
Can someone help me? I just need one more shard to get the last joker,I know it's in Avalon 2 but I don't know where.

It's been forever and you're probably done already, but iirc you gotta go all the way up, then work towards the left side of the map.

author=Malandy
How do I switch between the Post Game Unlocked Characters and the Main Game characters?

Is it just the normal character swap screen? ... If so, then I screwed something up trying to make combat go faster. A save from someone who completed the game would be nice, but I'm fine with going through the game again.

Hold shift on swap screen to get bonus chara

author=Shadonir
ok, i was just about to fight aila and then, the game crashed, aila just flowey-ed me

Edit: Sorry, missed your question.
Show
Yeah it's Karin only, and only accessible after all 3 dates.

author=DiverAlice
Alright, I checked the sprites over on my NG+ run and everything seems clear now. Thanks for the quick response!

Unfortunately I have another bug to report on that front. >< The gates on F61 don't seem to work properly on NG+ - all but one of the buttons are already pressed, but the gates are all still up and pressing the fourth one doesn't make the gates go down. Am I missing something? :<

I'm so sorry. Apparently I am losing my marbles, because while I'd swear it was working properly when I tested it, looking at it now, I have no idea why it would've worked when I somehow managed to miss the code to reset those switches.

Thank you, and immediate bug fix going up. Also really wanting to take a mulligan on this whole game launch thing. I am so in over my head :(.

01/25/2017 01:33 PM
Okay, I just stayed up all night fixing this mess. No more accidental touhou in fhe. Morale a little shaken, but I'll live. Also fixed a continuity issue with skipping visiting the shopkeep the first time he's around.

Thanks for the heads up about the terms and what not, you guys. Seriously really appreciate it. Alice, I... think it's okay. Eplipswich is the best japanese to english translator I know and has translated numerous games, so I definitely trust him to know what he's talking about here. And Ness too.

Regardless, definitely gonna be much more prudent about this stuff in the future. Hard lesson: Just because it doesn't look like a touhou doesn't mean it's not a touhou. And research carefully instead of blindly charging forward like I'm not trying to do this for a living.

01/25/2017 08:55 AM
Okay, I've calmed down a lot now. Sorry, it's hard not to immediately get defensive, especially right now when I'm more stressed out than I've ever been in my life. Mistakes happen, especially since I'm only one overworked dude with a really naive dream. I'll learn from it and do my best not to be a repeat offender.

author=chuckiefinstersdeadmom
Considering this isn't a fangame, you're using Touhou fanart as enemy battlers AND selling it commercially? Is that even legal?

Well okay, let me phrase it better. I'm under the impression that no one seeing those creatures would think touhou, and I've certainly not tried to pass them off as touhou (I actually wasn't aware of the connection myself, because cyan yurikago also makes non-series affiliated monsters, and interpreting whether it's touhou related or not sometimes isn't apparent.) If it becomes a problem, I'll negotiate things with cyan yurikago, and/or other related parties, see if I can't work something out.

Edit: I'm actually kinda scared now. Alright, let me try to throw together battlers to replace cyan yuri's stuff. I don't want other people to also get that misinterpretation later.

Just make sure you avoid the stuff under the Touhou category specifically. Everything else should be fair game.

Christ, learn me to only pay attention to the pixiv and not the main site. Thanks, I'll get that dealt with. And I'll still look into replacing the battlers (was going to eventually anyways, so it's not a big deal)
Pages: first 1234567891011 next last