Close
AstralShift is an independent game development team whose main focus is to create RPG games. Our main goal is to expand on the RPG genre and create games with engaging storylines, as well as strong visual and musical elements.

Ideally, we would like to create a rich experience for all players to enjoy!

You can find us on: 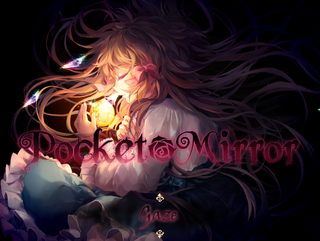 A thrilling horror game filled with mystery and heartbreaking revelations!

author=MikaChan
I played the demo but didn't really get the story or clear plot of what is exactly going on from this game's demo. I only can praise the overwhelmed pretty graphics &some nice soundtrack but nothing else is impressive nor I feels any horror aspects from this game.

Simplistic, non challenging puzzle but to be honest, I feels there is no real puzzle at all & limitations on exploration is quit a bummer. To be blunt, it is a major disappointment but maybe in the full version will changed drastically, which is not only my hope, but others as well.

Well it's only a demo, things will change in the full version as you'll see if you stick around ( ´ ▽ ` )ﾉ

author=angelzee1
I played this demo ,and SIMPLY LOVED IT,the gameplay so smooth , the music the sounds all are excellent and befitting.When will the game be completed? ,I am so waiting for it.

Thank you so much for your support we're glad you liked our demo! ヾ(@°▽°@)ノ We're hoping to release it by October 2014 but it's not a definitive date!

author=AliceShadowRose
when comes the Compleat game out >-<

We're planning to release the game in October 2014, however this is simply our own ambitions, it's not our actual deadline. Though it would be perfect if we actually manage to release it by then! ー( ´ ▽ ` )ﾉ

The thing is, and we hope we're making things clear enough to clear any doubts about this matter, we are not following any previous horror game closely. Mad Father was an example we used for you to understand where the idea for the voice acting had come from, that simple. It inspired us to try out something new, we didn't copy it or any other horror game out there.

Although we do apreciate your criticism we also do know what we're doing, with what intentions we're doing it and how we are going to do it. That includes creativity, which we do not lack, and original content.

If by any chance you did not enjoy the demo and have been "turned off" to play the whole game once it is released it is your right not to play it and to not enjoy it. We are not here to please anyone, we're here to make a game the way we want it to be and the way our team has imagined it. We do not need to specify why people should like this game, nor to tell you emmych why you should feel like you should care about the main character. We're not here to satisfy anyone, we're here to release our game both for our own sake and anyone who gives it a chance and enjoys it in the future and that is what we are going to do.

We have released as much details about the game as we wish to and will continue to do so, as we have not revealed the plot there is no need to justify what is present on the demo nor is there a need to explain it.

And, as we've said before, this is a simple demo and we consider it to be more of an experiment that something we have released especially to impress people. Things will change and major changes will be made as well, it is up to you and anyone to wait until we've made them or to not wait and not give it a chance at alç. Not everyone has to like it and not everyone needs to think what we're doing it right; either like it or hate it, it's your own personal choice.

With this we are not trying to be rude, nor are we trying to excuse ourselves. We're just asking you to not judge a book by its cover, but if you must we won't force you to love it nor will we force anyone else to do it.

author=emmych
Started the demo! About 5 minutes in, and I already have to say:

Take out the gasping/choking/crying/totally loli audio clips. It's weird. It's breaking me out of any kind of immersion and making me feel like this is gonna go down a total lolicon route, and I am super not into that.

Seriously: your game would be a million times better if she wasn't making those noises! Otherwise the audio and atmosphere is nice, but as is, I'm just headdesking at all the creepy gasps.

EDIT: Also, I've hit the end of the demo already! Brace yourselves: this may sound kind of blunt, but please understand I'm trying to be helpful and not mindlessly shitting on you.

I have to say, aside from the visuals, I'm not that impressed. What I saw is a really pretty "click everything until you find your next plot token" game, which all in all isn't interesting or fun! I dunno if your team is more story based than gameplay based, but personal I always try to look at a game and go, "if I didn't give two shits about the story, would this game be fun enough to keep on playing anyway?" As is, this feels like the kind of game that, if someone was interested in the story, they'd be rushing to get to the next cutscene and not enjoying what they were actually doing to get to that point. I would take a serious look at the game play and figure out a way to improve it. If it's about exploration, make it easier to explore! Open every door in that foggy room right off the bat, rather than forcing me to clonk my head against everything until I figure out how to open the next door. Get me to poke around things and find marbles, then make me arrange them in a specific, puzzle-y way. That's one route you could take, but there are any other number of paths that could improve the gameplay -- I would highly recommend exploring them!

Next part: I don't care about the main character, which, in a game like this, is a problem. Why should I care about protecting her from getting hurt? What are the consequences for me failing and getting a game over? There are none, so I hit the end and was like "welp guess that's over. That was a thing that I played." If I don't care about the MC not dying, why should I care about playing this game? What's to prevent me from recklessly going into the next room, even though a guillotine might chop lil MC's head off?

A great way to make the audience care would be to give her some personality, since she had none aside from "nice little girl". If I check a stool and all she says "This is a pretty stool", what was the point of clicking on the stool? What was the point of that dialogue if not to improve the atmosphere or show me more about her character? If you wanted to establish that there's nice furniture, why not have her say "Yeesh, this is some fancy shit for such a dingy place!", or "Golly this reminds me of my grandma's ottoman! She'd have a stroke if she saw a stool this nice get this dusty", or "This stool looks like it belongs to some bourgeoisie scum. *spits on oppressor class furniture*"? You can really easily insert personality using methods like this, and before the player knows it, they'll totally want to hug the crap outta your characters.

I guess the thing that is really irking me about the MC is that, because of the absence of a name and any kind of personality, she feels more like a body that these bad things are happening to for the viewers' titillation, rather than a fully fledged person in a scary situation. The loli-gasps really contribute to that image, so, again, I really urge you take them out or record some better ones (which it looks like you may be?). This makes the game take on a very creepy, predatory nature -- and I don't mean creepy in a "ooh, horror game chills!" kind of way, I mean creepy in a "this is rape-y as heck" way. That is not a good creepy! That is an objectifying and icky creepy.

Basically yeah I would really reconsider how you're framing this, since as is it's rubbing me the wrong way, and probably not in the way you folks intended. I'll certainly pop back in when the final release shows up to see if anything's different, and I may write a more concrete review then, depending on how everything turns out. I hope the rest of your development goes well!

Thank you for your honest opinion, we appreciate your criticism and bluntness. However, everything we did on the demo was on purpose; from the lack of personality, to the "forcing the player to bonk their heads on things", to the voice acting.

Although some aspects are amateur-ish we are currently reviewing them and fixing what we think could be improved. Because this was our first attempt to put the game together we do recognize various, serious faults. Please do take into consideration this is only the first part of the game, which will be altered once the full game is released; consider it more of a teaser and experiment than something we released to "impress", as it is only a 10 minute demo.

About the "rape-y" atmosphere, we disagree on your point of view and ask of you not to look into things in such a manner when we did not intend to imply anything by it. It is simple voice acting and it's actually similar to what's present on Mad Father.