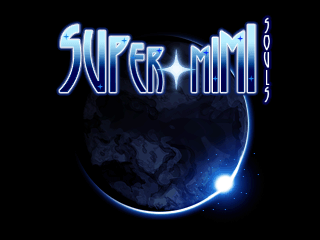 A young girl ventures forth to save the world!

But a new one arises..

So I downloaded the Maniacs Patch and installed.. In case anyone else is wondering, 24Bit images work in game but in the editor they show up as a black screen. 32bit images glitch out all over the place.

Hopefully in the future this can be fixed?

Edit 2: Is Reshack no longer an option with Maniacs? How does one replace the glyphs now? It seems to have reverted back to the old glyphs after the patch.

12/03/2021 02:45 PM
Anyone whose ever played (and beaten) Final Fantasy Tactics on PSX will remember the frustration of the battle at Riovanes Castle when you just couldn't defeat Wiegraf and you were trapped in the save file.

How often do players make multiple save files?

When using Save Points, is it better to save the player from replaying a time consuming area or fight, or should you give them a Save Point and hope they don't get trapped in a situation where they can't defeat a boss/escape?

[RM2K3] The dreaded map tree error, but with something else...

I've had an error like this on two separate occasions. One was when I preemptively closed the laptop while rpg maker was in the process of saving data. The other was when the battery of my laptop died and the maker was open.

08/02/2021 01:10 PM
Yeah that price tag is a little hard to stomach, but like Mirak, I also have not been interested in any consoles for some time but this one seems pretty epic. The steam library I think is one of the most impressive and robust.. add also the possibility of rpg maker games on the go (even older ones) is where this shines the most.

How many of you are thinking of getting it as well? If done well I think it could be pretty rad. There's also the bonus of being able to play other steam games as well.

author=hedge1
The code also handles overflow on manual changes to stats (as in, going below 1 or above 999) really poorly. I couldn't figure out the exact logic, but to be safe I would recommend ensuring manual stat changes didn't exceed the normal boundaries.

Manual stat chances? Like through an event that changes parameters?

What do you mean by handling it poorly? I have noticed inconsistencies at higher values but could never figure out a pattern to it. I just chalked it up to the ole 'Rm2k3 will be Rm2k3'.

author=Dyhalto
I just did a quick test.

I gave my Hero 999 Attack, plus one Skill for increasing Attack by 9999 (maximum amount), and another skill for giving himself an Attack Doubling condition. Using both skills, I achieved 3996 Attack power (999 x 2 x 2)
There's a quirk with skills that directly increase though. You can't gain by more than double your actual stat, so if your Hero's Attack is only 500, you can only achieve 1000 with a direct increase, followed by a doubling of the whole number for 2000.

Going the other way, you can only take a stat down to 25% of it's original value, first by directly damaging it, then applying a 1/2 Stat condition.

But holy shit : I just learned something.
In 1.08, the stat altering section swapped Defense and Intellect. If you try to change Defense, you'll change Intellect, and vice versa. Good grief. I wonder if legal 2k3 fixed this.

I'm glad I caught this. That makes skills I have planned either useless or game-breakingly useful.

07/04/2021 09:46 AM
Yes, I meant a custom formula that I use for team attacks done through the battle events. It stores the characters stats in the variable then adds them together with a modifier to decide the damage.

I really wish RM2k3 had a Magic Atk and a Magic Def stat instead of just the Int stat.

Thanks for that though, this helps a lot!

Are you positive on that number of 1500 though? I use a formula that is something like Member A Attack + Member B Attack x2/x3 (which can at times be doubled if a Attack x2 buff is already in place between one or both members) and have reached high numbers exceeding 10,000 for damage. It's not consistent and admittedly I haven't tested it like crazy but I've seen it a few times.

I can't remember if you can have two different stat doubling buffs simultaneously (Int doubled and Int doubled again through a different buff that also doubles it) so perhaps this caused it? Either way it would be nice to have a full understanding of the way the stats work. It never seems very consistent to me.

Thanks for the clarification man.

I've been away from the scene for a while. Which maker will best help me make a game like this?

05/26/2021 01:33 AM
I recommend the official release of 2k3. As mentioned they've fixed a number of issues. There are also MANY resources for it (you can backwards compat 2k resources. It has the Snes style you're looking for, and learning to edit some of your own sprites is definitely doable even for a beginner. If you go with a newer maker and want to make an edit as a beginner well... good luck.. it'll take much longer with the greater detail you have to account for.
Pages: first 1234567891011 next last