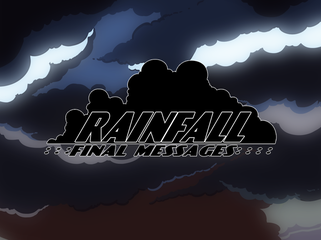 A game about Rain, Tablets, and Death

Getting your Game out there - Where to post your game?

04/26/2013 01:11 AM
Besides RMN of course. If you want to reach the greatest audience, you're going to want to get it to as many places as possible. There's nothing wrong with a little cross-posting.

Once upon a time I knew more places, but nowadays it seems like a lot of Indie sites are commercial or go home.
The sites I'm aware of are
-Various Rpgmaker sites, many (but not all) of which have seen decreased activity in recent years
-GameJolt

That is sadly about all I know. Does anyone have any recommendations for sites that accept freeware downloadable games? It does not necessarily have to be RPG exclusive.

11/28/2009 05:45 PM
So with the intend to participate in the review something challenge this weekend, I was looking through the games tab looking for an interesting game that hadn't yet been reviewed. But most of the games I looked at didn't have downloads or already had reviews.

I was thinking it might be useful to have a button that generates a random list of games that:
a) Have no reviews
b) Have a download

Either that or some way of telling on the games list if a game has a download or not. Who knows, maybe there is something and I'm just blind.

Download Demo 2.0 (53 MB)
This is a stand alone demo. No other installs are required.

February 11, 2008
Some of you might have seen this project before elsewhere, but since we finally released our new demo, we felt like branching out. This is a RMXP game that is being made by myself and some friends. We've been working on it for approximately a year and a half now. We released a demo a while back, but only in a few places because it wasn't fully polished. This demo we feel is far more complete than the last one, as well as being significantly longer, so we felt like sharing it with a larger audience.
We hope you'll download and give it a try. Please let us know what you think!
-----Second in Command,
Racheal-----

40 years ago, a war raged across the island continent, Silvania. The war pitted the magical kin of the land against the Dwarves, outsiders from Enoshia who had no magical power at all. Dragon Riders, from an unknown land, came to assist the magical creatures in the war against the Dwarves.
Overpowered and defeated, the Dwarves were banished from Silvania's mountain ranges and forests, back to the land of their ancestors, the Orcs.
Now a Dwarf, who grew up in those troubled times, seeks revenge against the magical creatures of Silvania. With a large army, he comes to the shores of Silvania, hoping to spill the blood of those who wronged his people in the past.

Darin, Ryaena, and Phylip live on the Northern part of Silvania, still untouched by the Dwarven army. As events unfold, the trio find themselves in the midst of this struggle and another battle far bigger than the Forests of Silvania.

When Darin was in his late teens, he and his Dragon, Kane, left their home following a tragedy. Not long after leaving he befriends a misfit centaur, Phylip, and a lost Meenian, Ryaena. The three now reside on Silvania and travel together. Darin is a heavy drinker and a constant flirt. But his best friend and 'daughter' both know that deep down inside he's an honourable man.

Ryaena was found by Darin when she was very small. She's since become like his daughter and travels with he and Phylip. For the most part, Ryaena keeps to herself, but she can be known to be a bit stubborn. She trusts no one more than she trusts Darin.

Phylip travels with Darin and Ryaena acting as a no nonsense older brother at times. He always lectures Darin about his drinking, but means well.

A Dark Elf Darin helps break out of prison. She claims to be of Noble blood and that her imprisonment was because of a betrayal. She manages to convince Darin and the others to take her homeland, Nilis.

Morgan - A woman who seems to not like talking about her past. She says working at the weapon shop is a way to turn her life around. Enjoys a good drink and good company.
Celine - Resident dancer for Geja's bar. A nice girl, who has the bad habit of flirting with customers.
Horis - The bartender at Geja's bar. Although a bit grouchy, he's a tolerant man.
Erick - An armor dealer who's not quite all there.
Jade - A fairy that seems out of place in a dark dank prison. Perhaps there is more to him then his cute exterior.
Duke A'Rein - A snot nosed Light Elf who thinks he is better then everyone. What he's doing so far from home is anyone's guess.
Hok - A cruel and chiseled looking man. His sinister grin and harsh mocking words suggest this man has a dark profession.
Kane - Darin's life long pal and companion. It's hard to say why he's tolerated Darin for as long as he has.
Ethan - Erick's younger brother who works in the transport business. Clumsy and a little eccentric, but he's just wants to help out his older bro.
Marilyn - An elderly Light Elf who lives alone in the woods. She knows a great deal about plants and their uses.
Alena - Visiting from the continent of Enoshia, Alena tries to rally the civilians of Nova to fight against the invading force to the south. She appears to be highly religious and noble.
Damien - Damien is a Dragon Rider who was born in Nova. Although he has no Dragon or proper training, he likes to pretend he does.
Riche - A man who's Caravan doubles as an item store and a home. He lives alone with his son.
Melena - A human who's recently moved to Nova from Enoshia to get away from certain religious groups.
Ti'el - A close friend of Darin's who lives in Nova. She loves the farm life more than anything else the world has to offer.
Gramps - A grouchy old man who criticizes Darin for everything he can think of. He makes the best Pumpkin Seed Beer.
Firo - Travels with his father, Riche, in their Caravan. Due to his father's drinking, he's usually the one in charge of inventory and book keeping.
Clyde - A fisherman from Geja who left his home town to find new species of fish.

Original Artwork
The custom artwork of Ethereal Dreams is one of its biggest pulls. Using the half kaizer sprite template by showkaizer and tana, every sprite is custom made. And with that every tileset. There is also a heavy amount of original artwork interfaced into the game's systems.

Talents
Each character is assigned a set of six talents. These talents level up with the character based on the weapon they are holding. As talents raise in level, the characters learn more skills.

Campfires
As you progress throughout the game, you have a chance to unlock hidden conversations between characters. These conversations can be viewed on the world map whenever the campfire icon is displayed in the bottom right corner. Although they aren't important to the story line itself, they reveal more about the characters and are sometimes worth a good laugh.

Encounter Orb
A colourful orb displayed in the bottom left corner is used to judged how close you are to a battle. The colour ranges from green to red and a battle occurs when it reaches red. Different terrains affect how quickly you find yourself in battle. A noisier terrain like spalshing through water, increases the chance of the enemies finding you. Be careful where you walk!

Tactics
Customize up to four different attack patterns to help make battles quicker. From your menu, pick and choose what action you want all four members to take and then in battle select that tactic and simply use auto and unleash your strategy! All four tactics can be named for quick recognition.

Memo
From your menu, you can access a memo that's filled with useful and useless information. A bestiary of the monsters you've fought so far, a journal keeping record of your story progress and a section dedicated to tutorials about game play. Journals and the bestiary are written by the characters themselves, adding a touch of humour to what's typically a dull collection of information.

Maps
Throughout the game you can collect maps that can be viewed from your key items. These maps not only reveal your surroundings and key locations, but also display your location and goal with easy to understand icons.