Close
I've spent a large part of my 26 years designing video games, mostly in my head. When I discovered RPG Maker 2000, I finally had a medium to put my thoughts down into, and I did.

At the time of its release, Mana Conquest was massive - even a ten hour long game was insane in those days, and the graphics kind of sucking was generally overlooked, due to the scope of the project.

Several years since, and I'm a bit embarrassed concerning how bad the first game really was. I've tried to fix that in the sequel, but between when I started, and now, there have been three new RPG Makers, and since they don't allow backwards compatibility, I've been stuck on RM2k3. Shameful.

I've come too far to quit now, though. 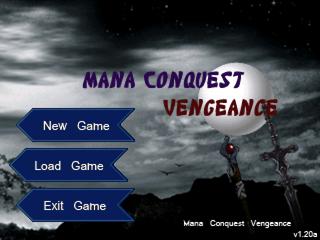 The second game in the Mana Conquest Trilogy