Close
I'm an artist and animator who loves making games in my currently vast amounts of spare time.

Check out my games! 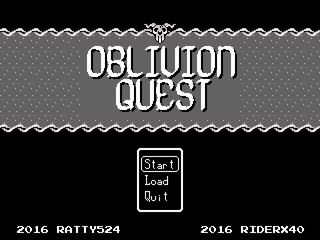 A FF-styled JRPG with a Classic Twist!

08/13/2016 03:16 AM
While linking to them directly works, it seems like throughout the site, youtube links under the
tabs display nothing but a black box on my browser. When I tried linking a video in a thread it seems others are having the same issue with the videos not loading.

Any help on this? Something got broke?

07/07/2016 06:22 PM
Like taking screenshots? Like showing off the sexiness of your avatar in mmos/games that allow you to customize appearance? This is a thread where you can dump them for the world to see.

Me starting with FFXIV:
Show
In my Archer set, the stars look particularly nice in this game. 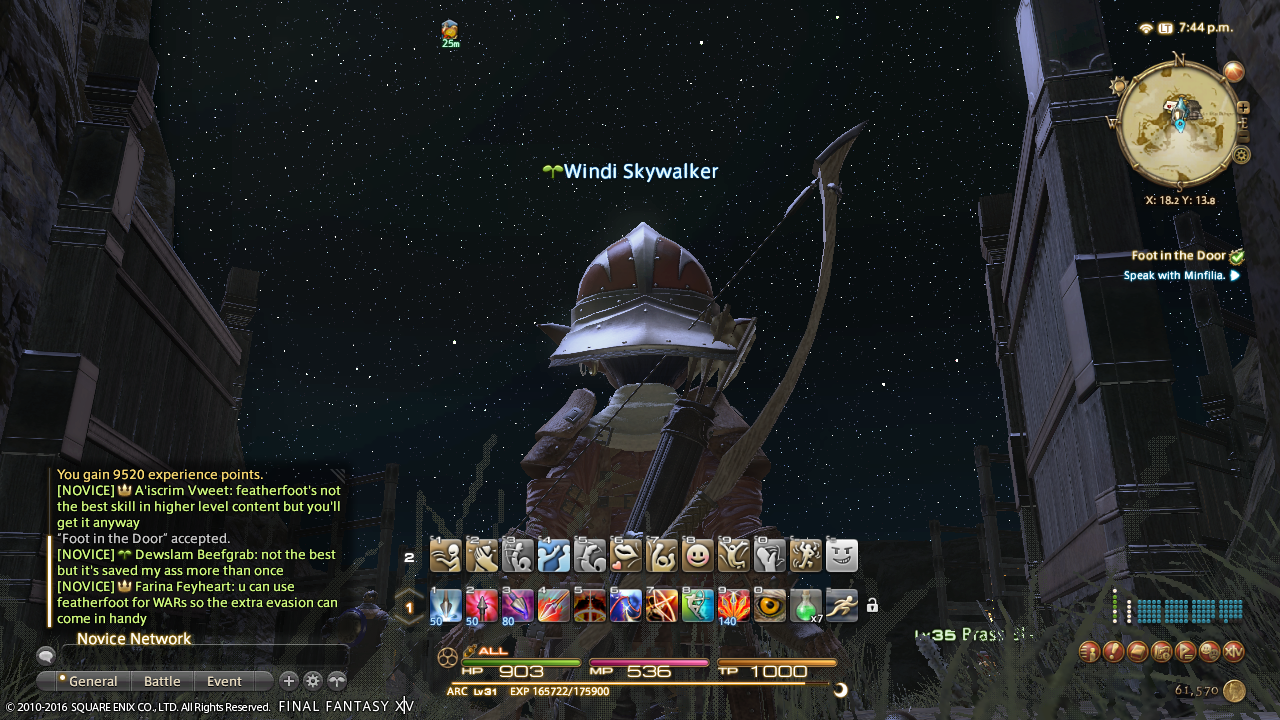 I recently started my second DoW class as a Pugilist, working my way towards becoming a bard. The thing looks like it's about to bite my head off. 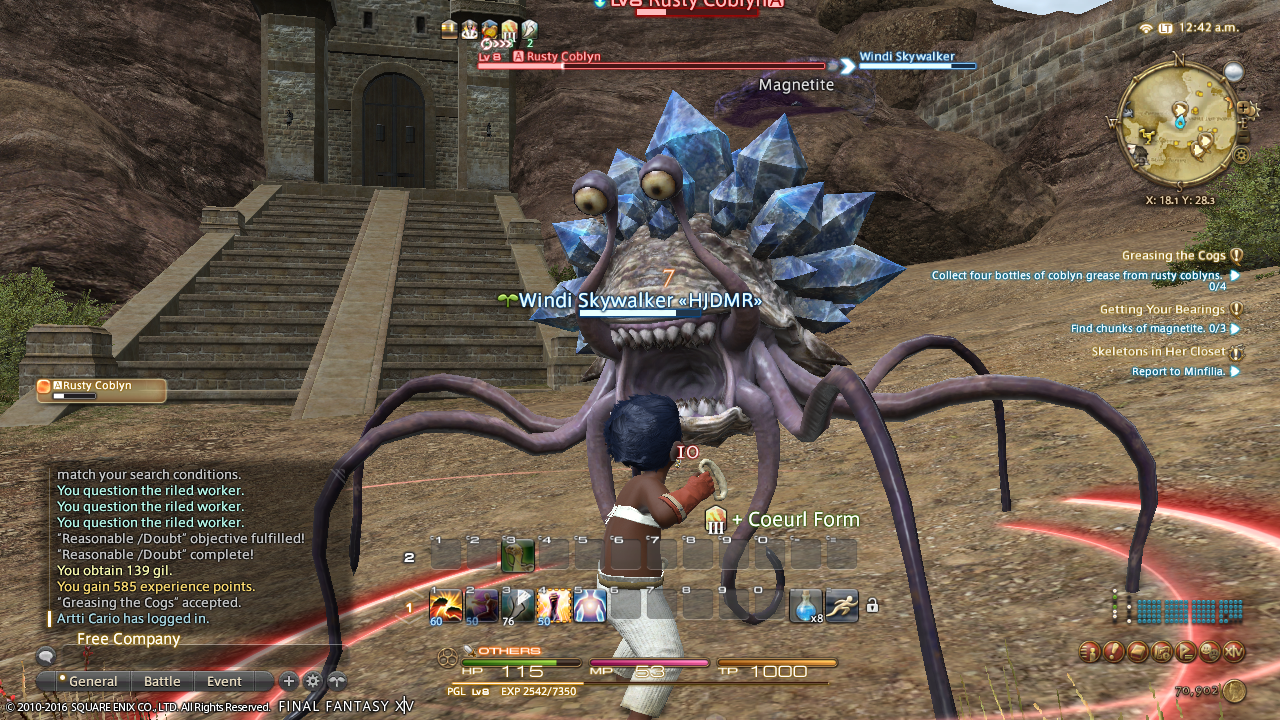 And here is my current, low-level pugilist attire. I was surprised to see that the night backdrops of Ul'Dah look particularly stunning. 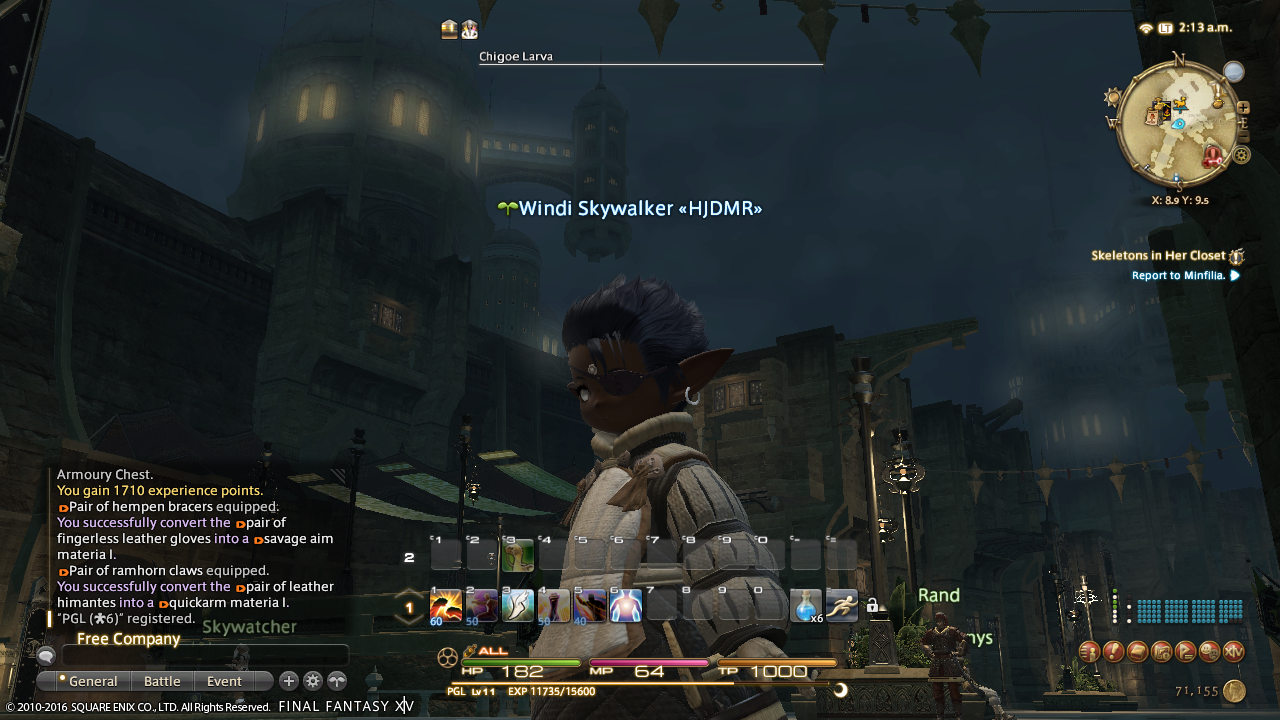 I also was a big Spore player, and these were just a few of the creations I played with:

Well, good news is that it's finally released!

... and it's pretty much hated by everyone.

I haven't played this yet, but it kind of sucks to hear that it failed to be the Megaman successor it was pent up to be. From what little I've seen so far, it doesn't look BAD per se, but it looks as if it took some of the worst aspects of later Megaman games (lousy VAs, bad tutorials) and made it its own game.

The trailer is also a cringe-inducing embarrassment:

... They really have no room to talk.

So this game and its kickstarter are now the subject of a lot of controversy these days. What are your thoughts on this whole thing, especially those who played the game?

Victim of a scam; help in getting my computer back up?

I already took the first steps to recovering from this mess. I put a lock on my bank account and I'm going to issued a replacement debit card, and the transaction I made with these crooks didn't go through yet. I also turned off and unplugged my computer so that they can't fuck things up any further then what they've probably already done.

My main question is what to do next? All of my project files are on that computer and I don't want to lose them. My mom seems pretty insistent on going through a professional technician to get this fixed, but is there a way I can do this on my own? How could I create a system image backup... without turning on my computer? That's a step I researched that I don't really understand.

Anyone who is tech-savvy, can you help? My OS is Windows 7

This was freakin' awesome news to see my childhood revived into something potentially awesome, but...


... Really? Did the Powerpuff Girls need dank memes and twerking in order to be relevant to a new audience? From what I hear, I'm not the only one who thinks this reboot is kind of shit.

What are your opinions?

RPG Maker's getting a booth at PAX East

I've never been to or cared that much for PAX, but now I'm considering on going just for this.

It's cool to see RPG Maker get some spotlight like this.

03/25/2016 02:37 AM
So earlier in #slack today someone linked to a rather depressing blog posting regarding the developer(s) of "That Dragon, Cancer" claiming copyright infringement on a Let's Player's video:

I suggest you give this a read, because it provides some insight as to how indie developers are particularly harmed from people essentially experiencing a game for free.

Now, don't get me wrong, I think the presence of Let's Plays are great from both a consumer and developer standpoint. To a buyer, it's a way you can be informed about your purchasing decisions outside of the biases of pro gaming reviews, and for a developer it's kind of a godsend in that your game gets further exposure to wider audiences.

There is a caveat, however, as this article reveals. The game in question is one that focuses on a linear experience, and doing an LP will pretty much spoil a majority of the game has to offer. Because a majority of players pretty much count on LPs to deliver the entire experience without actually buying and playing the game, the developers who spent years working to make their dreams a reality wind up receiving no return on investment.

Then, of course, the copyright claims become the best weapon of choice for these guys, but as that LPer's response indicates, the LP and the gamer community doesn't take too kindly to being shut down. For a small studio or blossoming indie-dev, I really think the backlash would have a larger impact on their reputation than a major studio.

So... What can we do to make both parties satisfied? As much as I love LPs as much as the next guy, the potential disservice it can do to developers, especially indies, is hard to ignore.

This image is also on the blog. I feel like I want to throw up a little. Discuss.

So where are the Tactics RPGs?

Worse yet, whenever I do a search for rpgs on Steam, I see a majority of them are Action or Traditional RPGs and maybe one-or-two TRPGs that are completely buried.

Going back to the community, I only know... One script developed for a TRPG system on VXAce, and it doesn't even look like anyone's attempted to make a plugin for the genre through MV.

What's going on here? Why aren't people attempting TRPGs, and why do they seem so scarce in both the commercial market and in the free-to-play/amateur scene? When did Fire Emblem become so fanservicey?

... You can ignore the last question, but I'd like a discussion on this.

01/27/2016 08:09 PM
So after someone posted it in Slack, I stumbled upon an online drawing/chat thingamabobber similar to iDraw from many moons ago.

We should set up a private room (or use someone else's if they are already here) draw lots of cocks things, and post our beautiful cocks pictures here!

How did we do it? (A discussion on the new generation's expectations with games)

01/21/2016 09:15 PM
Probably the most hilarious thing I see in recent YouTube comments on the first Kirby game is that it was "difficult." A. Kirby. Game. is. difficult!? I beat that game with my hands tied behind my back, and I was around 7 years old or so?

Even better with the first Pokemon game. Some deem it unplayable, and even developers have openly stated that they intend to make each game easier... Easier than what is already a wittle babby's furst RPG that just about every 8-10 year old could beat in my time. I think the only exception was how I was somehow able to impress my peers at around age 10-11 with the fact that I collected more than 8 badges in Pokemon Gold, because I could read I guess?

So aside from that rant, the overall point is that I'm failing to understand how kids these days seem to judge difficulty. I mean, did any kid complain about how games didn't give you a message box tutorial in game at around the early/mid '90s? Is giving a "tutorial" through clever level design and expecting players to try to figure out the controls and techniques on their own (that is if they didn't pick up the separate instruction manual) somehow not acceptable anymore? How is it that games made decades ago, that were intended to be beatable or playable for kids, is now considered near-hardcore?

If this is any indicator...