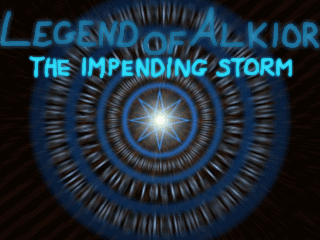 author=Liberty
Also, shoobs, please resize those images they are huge! >.<;

Yeah I'll post new screenshots by the end. And I think the colors on those were actually correct since they look okay on mobile. But my desktop made them look wonky for some reason.

author=GreatRedSpirit
You can see mirrored monster graphics and battlers but only for the instant the battle goes "SURPRISED" and then everybody starts facing the right way right away. Also they'd be backwards from the other monstersTakes are totally legit though.


Also I blamed you Liberty because I'm rude and need a scapegoat for not thinking the minimal edit ruling better before halfway through the event. A more clear cut no edits probably would've worked out a lot better!

I meant the encounter type where heros are on the left and face the right!

author=GreatRedSpirit
I think I ruled against rotations but not resizing and mirroring is kinda like rotating and fuck I wish I planned the rules out for this better so that 'edge cases' aren't the bulk of the contest. I don't think I even caught that you mirroed the battlers on your screen, maybe I started drinking too early tonight.

i'mma gonna blame liberty for this. Make 'em charasets like the dog!

That battle scene is event-legal I think because you could possibly see those battler sprites reversed during the special encounter "Back Attack", no? And the tanks would just be resized from their proper facing direction ripped from the CharSet sheet.

Btw, I resubmitted my gamepage with some more stuff after being denied at first (lol). If anyone is able to see the page before it's accepted (or if you read this post after it is), here is the link: http://rpgmaker.net/games/7661/

I'm using a tint throughout my game but I think RMN is making my screenshots look not quite right. There is some extra funky coloration going on besides the in-game tint, especially since they don't look the same online as they do locally in Paint.NET. (And I probably shouldn't be uploading these in 1080p resolution. That could be the problem perhaps.)

author=turkeyDawg
I forgot how boss some of these RTP music tracks are!

But I hope you guys aren't resolution purists cuz I don't give a fuuuuuuuuck!
4x Charset Monster Graphics GO!

(I probably should not make this an actual encounter...)

But seriously, how is there not a "generic enemy soldier" among the RTP monster sprites?

author=Shoobinator
I am attempting to make a game without using the regular dialogue message window ("Show Message/Text" command), so it's kinda hard to write a full background of what the game is about because discovering that is part of the game.


as a part of your game description somehow? (It is a pretty unusual/noteworthy feature of the game.)

That was in my "feature list" (if you want to call it that) that I posted on my gamepage. But honestly, I submitted what I thought would be the bare minimum to be accepted for now. So I'll just update once I've gotten some more work done on it.

05/03/2015 03:28 AM
Welp, my gamepage was denied because I haven't put in enough effort for the maps just yet (I included the 3 screenshots though). Also, I needed more explanation of the game. However, I am attempting to make a game without using the regular dialogue message window ("Show Message/Text" command), so it's kinda hard to write a full background of what the game is about because discovering that is part of the game.

Any tips on that? (The mapping stuff I can resolve easily. I just need to finish planning everything out first, and I just wanted a gamepage up to work from.)

05/02/2015 11:39 PM
Another question regarding the assets restriction: can we cut out a piece of one sprite and use that as its own sprite? For example, woult it be okay to cut out the little snowman sprite from Dungeon.png so it can be used without being stuck on the snowy ground tile?
Pages: first prev 1234567891011 next last