Close
The focus of Smiling Dragon RPG Studios is to deliver fun, story-driven role-playing games (RPGs). We believe that RPG-making is a work of art in which the story and gameplay must complement each other in order to deliver quality titles that you can enjoy.

Formerly known as "Shaola development team", we are a small group of fantasy fanatics, writers and indie developers who love the RPG genre. We design user-friendly games with simple mechanics and fun gameplay.

Shaola development team was created in 2015 to focus on the Shaola series and design the world of Shaola. We design a unique and alternative world to maximize our imagination and creativity.

In 2016, after a year of working remotely online and meeting on Zoom (as our members are studying and working on their main jobs all over the world), we finally had two offline meetings in San Diego and Los Angeles. We had great conversations about our vision and overall philosophy on RPG-making.

We discussed in detail some of the well-known parallel universes in fiction, such as Middle-Earth, Neverland, Elfland, Discworld, the rich worlds of A Song of Ice and Fire (Game of Thrones), and The Witcher, as well as the great storytelling of Japanese fiction, notably manga and JRPG. Afterward, we decided to write about the great stories in the world of Shaola.

With that approach, we focused on creating hybrid role-playing games that combine our favorite aspects of old-school Western RPGs and JRPGs, while at the same time removing those things some players didn't like, such as random encounters and time-consuming grinding.

Smiling Dragon RPG Studios was formed in 2016 as the product of those two great meetings in California.

The Shaola series is a long-term project. It is a process of telling great stories about many appealing characters in different kingdoms and regions in Shaola. The gameplay in Shaola RPGs will be based on the distinct story, characters, settings and environment of each title.

Hidden behind the beautiful high fantasy theme is the cruel world of medieval politics, as each character and faction has different motives and conflicts.

We try our best to avoid creating carbon copies of the Tolkien-esque RPGs from the 1990s—the ones in which players go on a heroic mission, meet orcs, wizards, trolls, goblins and hobbits, defeat some dark Lords and win the game. We will try our best to be much more innovative and creative in our storytelling.

Old-time writers tend to oversimplify the struggle between good and evil into stereotypical clichés. The Shaola series introduces gray tones into a black-and-white universe.

Two major characteristics of every game in the Shaola series are: I. Fun and easy gameplay; and II. Innovative, creative storytelling that builds your enjoyment to the fullest. The story in each game will be entertaining, designed to hook you from the beginning to the end, and on par with any adventure game or visual novel.

It is a combination of many fun things that we've loved since childhood, from our very first experiences with storytelling and fiction. The Shaola series is a present through which we share a fun, exciting, enjoyable and delightful experience with you. 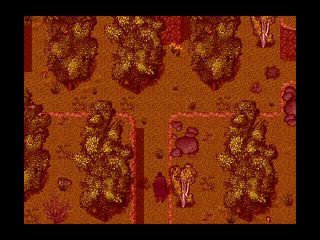 Every night, a mysterious piano melody echoed from the top of the Shadowy Mountain…