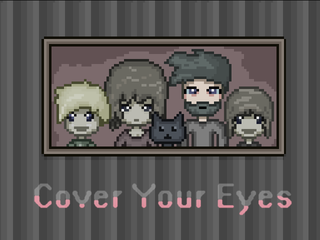 Sorry everyone for the duplicate image dump! Bugged out! I've reinstated the old games title and updated the page accordingly. I'll be showing the trailer off on the 2nd of December, along with a link to the steam page. Fun times ahead :)

03/02/2019 11:40 PM
Had roughly a year and abit off from game development but I've been working steadily for the prior two months. Sorry for disappearing for so long, I'll do a follow up blog post on Tuesday upon the direction the game is heading.

10/03/2016 05:17 PM
My imagination sprung to life with the background text, there's so much you can do with it. The menu options could fluctuate it's opacity as well but it may take some work. Although it might be best to make the decision nearer the games completion to add those bells and whistles.

09/23/2016 09:13 PM
You could do it with an capped amount, lets say 50 rounds in the game with 10 enemy encounters. Only enough to kill 5 in total whilst having to avoid the other half. Then again, that system would be problematic if the player were to miss most of the time or if they decided to hoard most of the ammo late game. Throwing in a crappy melee weapon in the mix might cancel it out a little bit but it still wouldn't solve the latter problem. Resource management is awful /o\

author=Elder71
I haven't done any animations or shooting mechanic eventing yet, but when you have the Revolver equipped, pressing 'A' fires it. The 'bullets in the chamber' graphic corresponds to how many rounds you have left, if you have zero, the gun just clicks.

Oh god, animations coupled with shooting was an absolute nightmare with me. Do you have a good plan on how you'll be implementing them? It looks so easy in your head but in practice it's like getting brainfreeze from ice brain. I do really like the menu here, is it in real time?