Close
Um, hiya everybody!! My name is Julia, I'm 26 years old, and I really love games, especially JRPGs. I'm a writer by nature, partly thanks to all the story-driven games I played with my dad when I was little. I've written hundreds of poems, hundreds of comics, hundreds of pages of a novel I still need to finish...but growing up, I always wanted to make a game. So a few years ago, in the midst of some pretty bad depression, I started working on Starlight Shoals as a hobby, until it became an increasingly ambitious project...I don't even know how I'm going to finish it at the rate I work, but oh well, one step at a time I suppose~ 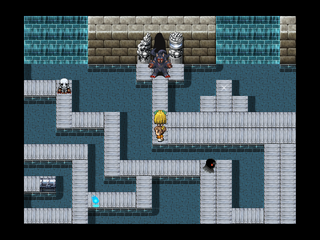 A maid runs away from home in this choice-driven RPG inspired by games like Chrono Trigger, Dragon Age, and Persona.