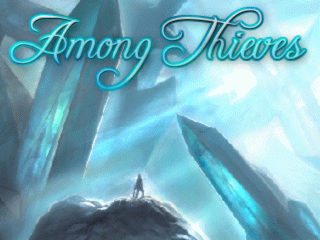 Go on a journey to clear your name

09/07/2021 05:42 AM
Never said it had to be some big epic game, I enjoyed Swan Song for what it was, it's incredibly impressive given the time constraints it was made under. I've always just thought the featured game spot was to showcase more current titles deserving of attention, shining a light on games being overlooked at the time kinda thing.

Nothing against Swan Song, I just thought it was a weird choice.

09/05/2021 07:40 PM
I'm kinda surprised by the featured game this month if I'm being honest? I swear it was just a small event game made years ago. It's a cute game but there's much more deserving titles out there on the site I feel. Especially given that event was awhile back now if I can even remember it haha.

I was very much a young adolescent boy who was shown from my older brothers friend the Rpg Maker games he was making. He's now actually a software engineer making indie games in his spare time, very smart man. Anyway that peaked my curiosity so I went on my MASSIVE 25 gig HDD dial up computer and googled Rm2k. First site I found was actually Sky Tower Games which was small but had a great collection of now old school or even classic RM games. But back then everyone had that affiliates section and I clicked on the little mario pipe one which led me to the GamingW site which was just incredible to my little mind. Discovered so many great games and also my first forum experience.

Not the best first impression of a forum I'm not gonna lie, people just seemed to be shitting on others half the time BUT... The fucking creativity I saw in those SS topics and peoples game topics astounded me. See I never grew up with a SNES or anything so I never even knew where these tiles came from so they all looked very original to me haha. Creators like Lazarous & Neophyte, JKB, Teo,DGuy etc just showcasing what this program could pull off if you thought about just game design instead of what the next anime inspired FF rip off will be.

I mainly hung out in G&D and the gaming sections. I didn't participate on GW as much in terms of commenting & discussion but I checked the site basically everyday to just see the games and RM discussion on everything. I will say I witnessed just a lot of stupid attacks on people who's games "couldn't exist" or just absolutely tearing apart the use of RTP or newbies in the scene when they tried to showcase anything. It's been a while but for some reason I remember seeing Maladrothim(Brandon) just getting so much grief over any SS he posted of Wilfred the Hero by various members claiming he was just straight up lying about his game. Same with like Legend of the Philosopher's Stone & a few others before they came out. There was just a lot of elitism going about but it was outdone in my eyes by the shear creative work being showcased by the community.