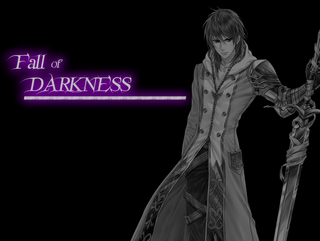 author=RedMask
Thank you very much for all your advice. I never heard of some of those engines, I will look into them. Of the ones that were mentioned Stencyl, GameSalad, Cocos2d, Xamarin, and Godot which would you consider the most user friendly?

Definitely not Xamarin or Cocos2d, as those are frameworks you use along with your code to more-or-less make your engine. Well, unless you're already code savvy/inclined; then it's pretty friendly compared to making all it abstracts from scratch.

Stencyl/Godot look to be engines in their own right, similar to Unity. Never heard of GameSalad, but it's aimed at K-12 education so it's probably going to be the friendliest (and possibly most limiting) you'll find.

EDIT: ALSO CAN YOU SELL A GAME USING THE FREE VERSIONS OF UNITY AND GAMEMAKER OR WILL I NEED TO INVEST MONEY INTO THE PAID VERSIONS TO MAKE A MOBILE GAME I CAN SELL?

You can sell a game with Unity Personal; don't have to worry about anything until you make, like, $100k a year or something.

Game Maker will take a ~$400 investment for mobile exports.

There's no stopping him, don't worry

03/24/2018 10:49 PM
A quick-n-dirty solution would be to deploy with the exclude flag checked and then copy over the script assets manually if nothing else turns up.

ALSO, the script assets stuff is actually noted in the help docs (hit F1) under Documentation > Plugin Configuration but the skinny is to use


in the plugin's comment block to mark what images it needs. If you're using a bunch of loose scripts (or Script events) then you could put all of those functions in a plugin and just call functions via Script event to get it work, I'd think

03/24/2018 03:24 AM
'Exclude Unused Files' tends to ignore what scripts want unless explicitly stated via some method I've forgotten, IIRC

Can't comment on the encryption stuff, that's beyond me

RPG Maker MV Plus (Please No!)

author=kory_toombs
So HTML / Android / etc platforms will be a breeze to export to.

I'll be happy if they can just do this, but absolutely pissed if I have to go buy a new version just to get it

My project here will no longer be maintained (really all I've done is try to make sure it still compiles), but a newer, more streamlined version has been produced by xilefien over on rmweb

Editing is super minimal and kept to one file, more or less.

I'm working on getting the Google Play API stuff (btw, shoutout to Google for deprecating a large portion of my stuff) in as a pull request and I believe another user is trying to do the same with OBB/expansion files, except he's managed to do it so you don't have to edit rpg_managers.js, so it'll have the same features pretty quick.

And yeah, I may try to figure out simplifying it but as it stands I've no idea how to go about it

I'm also going to have to upload and edited rpg_managers.js as I feel telling people to replace their's with mine is easier than telling them to paste stuff in several different places

EDIT: also I just pushed an update that fixes some issues, so it may not roll out for another few hours or however long the Play store decides to take

author=Dragnfly
Also, warn people that Android Studio is 1.9gb. It's no real problem for me (I download about 5gb of stuff every day) but RM is a community that doesn't like big downloads.

Oh, good point about adding in the size.. Android Studio itself is gonna be big and that's before you gotta get the needed SDKs, Play Libraries, and build tools to even compile the thing (which can be got thru Android Studio anyways, which will complain and ask you to install them too)

>but hey, we're in 'advanced mode' at this point

author=Dragnfly
I'm done building a simple test game. I'm just downloading your required software now and looking over your guide. I'll be a good example for you on if an average joe can figure it out. I don't know jack crap about coding or whatever, but I don't think I'm an idiot either. I've never bricked a game console if that's any assurance.

Hehe, I suppose so. You're only going to be able to do the 'Things To Change If You Just Want An APK' part as the google play stuff is going to require you to sign yourself up as a Play Store dev (which also costs ~$20 USD) unless you wanna figure out the OBB stuff :p
Pages: first 1234567891011 next last