Close
Hi there, I'm Tw0Face. I'm an indie developer from Germany and I've been making games with RPG Maker for several years now. I don't care too much about fancy graphics and I like to keep it simple instead. However, I attach great importance to the gameplay part and that you have a fun time playing my games. I'm interested in game design in general and I love making games that have a strong strategic aspect. I don't do RPGs, but anything else! I offer you classic 2D games like shooters, puzzles, simulations and any other strategy-related games. Maybe someday I'll even do a jump and run or something else that nobody would expect. Feel free to follow my itch.io page. https://twofacegames.itch.io. My games are for free. Still, it would be awesome if you send me a little donation in case you like my stuff. Have a nice time and keep it up, folks! 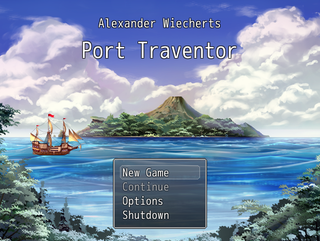 Plagued by orcs and dwarves, Traventor needs a true king to rise to the occasion! Would it be that you are such a king?

11/13/2020 04:27 PM
@Deckkiller: Thanks for playing. I'm currently into doing a larger remaster of this project featuring more rooms and with more quests to solve (and notes so you don't have to remember large codes).

author=Deckiller
The last ice puzzle got me for a couple minutes. Nice work on it! I too wasn't a big fan of the flame memory puzzles and they took me a few tries to memorize.

Thanks. Yeah, most people find it difficult when it comes to those memory puzzles. But it's a nice feel if you finally get it right, isn't it? :) 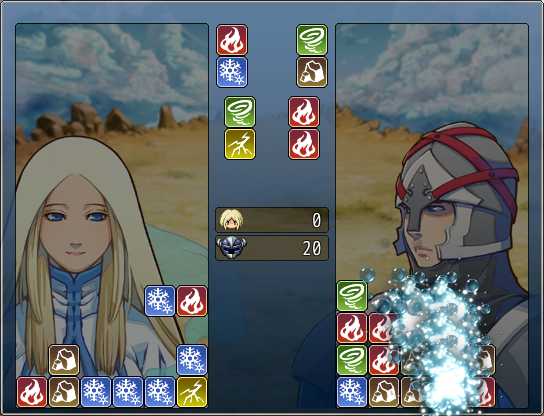 author=Frogge
Much nicer! Thinking of using these for anything in particular?

Not initially. I made them just for fun. I'm currently using them covers as a subheader for my itch.io-site to make things look more interesting.

author=Frogge
These look really cool, though I would personally take off the new game / continue options / shutdown.

Thanks. Removed the Title Menu and here's the result.

author=Marrend
For my own part, I may have Ace, but, I don't have VX anymore. So, I wouldn't be able to open the demo project file to be able to make the conversion.

Oh, snap. :0 Hadn't thought of that. I took them scripties and put them into an empty VXA project. This might increase help chance as well. I also included all files (pictures).

You're the best, Marrend. Thanks a lot.

10/05/2020 10:17 PM
Story of my newest game which tells the background story of my world in chronological order. Any corrections, rewrites, spelling checks (even minor changes) are more than welcome as I'm not a native speaker and thus reliant on feedback to be sure everything is fine.

Show
1. Heroes of the early days
Long before the realm of the three suns, kingdom of
the ancient Traventor, was founded, the dragons
ruled over large parts of the country. It was a
land that was uninhabitable for many decades and
was avoided by humans, elves, dwarves and other
creatures alike. With the first settlers, however,
came the first heroes brave enough to go into
battle against the dragons.

2. The rise of Traventor
In a war that lasted for years, humans and elves
managed to stop the dragons with united forces and
drive them out of the land. The times of danger
were over and peace returned, which should last for
a long time. Further decades passed until the
foundation of the Capital, which made the land of
Traventor a popular trade and economic route.

3.Mont Sindorin and the Harpies
The dragons, now severely decimated and almost
extinct, retreated to the mountain range of Mont
Sindorin, where the Harpies had established their
small empire far from humanity. A severe territorial
war broke out between the feathered women and the
dragons, which led to the Harpies giving up their
lands and fleeing.

4. Evening of the crimson sky
On the evening of the crimson sky, huge swarms of
Harpies were seen fleeing inland, but the dragons
followed them to the Capital of the humans and
attacked them. The king's army had nothing to
oppose the surprise attack of the dragons. The
Capital burned to the ground, thousands of humans
and elves died in that night.

5. Harbingers of hellfire
Since that night, Harpies are considered messengers
of misfortune and destruction, harbingers of the
devastating hellfire on the Capital of Traventor.
Since then, they're equally avoided, hated and
despised by humans, dwarves and every other being.
Pages: first 1234567891011 next last