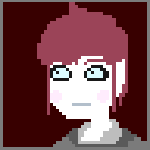 Thanks for the feedback. I'm going to add a version with resource names that shouldn't cause problem.

10/15/2021 03:06 PM
First I wanted to make some kind of small card game, closer to the solo board game, where the player should have managed resources and made decisions according to the random proposals offered by the game. The scenario was inspired by the situation in Asia in 1920 (Russian civil war, japanese invasion of Manchuria, western colonies etc), with a strong focus on characters. Then I realized that the gameplay I had planned was too complicated to do in time on Rpg Maker. Too many conditions and variables.

At this stage i'm back at the beginning. At least i've got a script :')
Pages: 1