Close
I want to translate my decades long fascination and love for RPG games into the realm of development and creation ... and I mean decades since I turn 60 this year (2014)! This site appears to be an excellent environment to learn and grow. In addition to gaming, process management, independent video & filmmaking, amateur graphic design and entrepeneurship are areas of interest. Cultural interests are music (classical, esp. medieval, renaissance, baroque) and cinema. 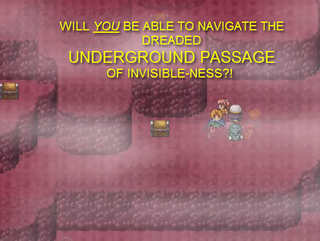 Widows of the Vampyr

Change in the Weather


Introduction : Tomb of the Lost Art

Fog of War II in DeviantArt "A Foggy Day" gallery

Fyi: my Deviant name is "VoxSpiritus" since "VoxPopuli" was already taken :P

07/19/2014 01:08 AM
18Jul2014: updated the video poem, Spectres, in the OP above. It now features photo reveal technology, demystification processing and textual tweaking.

~ a virtual theater and gallery presenting creations past, present and future ~

Four Horsemen of the Apocalypse

One of the sequences I designed for Widows of the Vampyr was the Psychic Laboratory of Prof. Archibald Collinsworth.

Desiring a late 1800s turn-of-the-(20th)century feel, for the era the game is set in, I used an actual vintage projector product (graphic below) as the inspiration for the psychic projector design. I also used animated "character" light graphics for the projector and for the psychic receptor to screen. Finally I wanted actual movies to be shown on screen during game. Below is some of the evolutionary stages and components, plus a screenshot of the final result. To see the map in action here is a link to the YouTube video teaser trailer (for a sampling of the map) below.

This is a map that combines gameplay sprites, pictures, parallax and movie that I used in a recent game. It is the Psychic Laboratory of Prof. Archibald Collinsworth.

Widows of the Vampyr

07/03/2014 01:18 PM
Just finished putting together a "Widows of the Vampyr" video promotional teaser. I hope you can check it out and let me know what you think.

YouTube video cutscene and teaser trailer for Widows of the Vampyr

I appreciate your pointing this out. :)