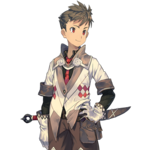 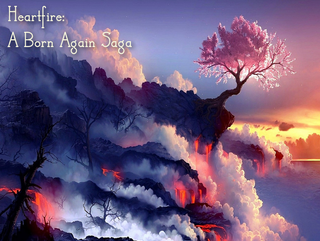 Join Aldo and his friends on their mission to upload a scientist's memories into a supercomputer.

Anyway, on to me: I am Warlund. That's my handle, I have an actual name. It's Justin. I am in my early twenties, and... I forgot this isn't a dating site. Though, depending on who you meet, and how well you hit it off, any site is a dating site. Technically. Anywho, I've been making games ever since XP released but never finished anything I was happy enough with to release. One day that all will change, I hope. Currently, I'm working on a role-playing game I plan to release for free, called Heartfire: A Born Again Saga. It's already on here if you're interested in checking that out. Most of all, I enjoy making people laugh, or at least smirk, or at least making their eye twitch in disgust at how awful my jokes are. And let me tell you, most are awful.

Okay, that's it. I had to stop myself. Glad to be here, hope I stick around long enough to eventually, one day, call you people my "online friends."

Now usually, I am very on the fence with what comes out of the SyFy Channel these days, but this one was a rare, pleasant surprise. It stars the very talented Thomas Jane and the voice of every other BioWare NPC, let's GO!

Anyone else watching this? First season has already aired, and it didn't disappoint. Also based on a book, I think.
Pages: 1