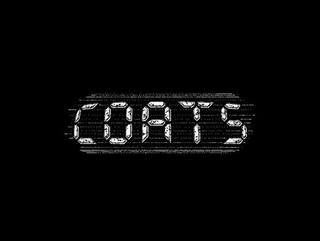 A multi-path game of research and management

Hi, I'm Dennis, and I'm looking for people interested in helping out with an upcoming project called "Crackerjack".


Here are the short facts:
No initial pay (maybe later).
I need an sketch artist (samples below) for at least 20-30 illustrations, maybe more, maybe less.
I need a composer for a little less than a dozen loops.
I need a sprite artist to help spruce up a few character sprites.

I'm Dennis, and I call my little group of volunteers for "Epicdemic Games" (not epidemic, Epic-Demic! Much better). Our previous game wasn't very visible, having only 600 downloads, but it has received great praise by those who've played it. You can check it out here. I can also recommend checking out the video review that Tanner Carter made for us. We've been planning Crackerjack for over a year, and now that we're finally getting started, we realized we want to make it even better. But in order to do so, we could use some help.

Crackerjack is a modern-day tale about a young woman named Celia. Celia loses her job as an industrial weapons designer, and in a series of stress-induced events she finds herself in a new career: the criminal underworld. The game follows a similar style as our previous game, "COATS", which is available for download for free here on the site.

Crackerjack is about choices. You will get to choose one of three available criminal gangs, which you will help by manufacturing and distributing illegal arms. You will get to manage your accounts, make sure the police aren't on your trail, import resources and assembly. You will recruit NPC's and schedule meetings with important characters.

Celia Jackson-Smythe is our main character, a somewhat disillusioned young woman. She was scheduled for a promotion, but ended up getting canned instead. "Corporate politics" can take drastic turns, and Celia was on the receiving end. Having always been pushed into having a submissive personality, she uses her double-life as the "Crackerjack" to live out her dreams of using her knowledge for personal gain - for once.

The game is a management game. I love management games. There will be no random encounters or battles, the game's mechanics are different. It is based around the idea of day-to-day work, a bit of open-world roaming and completing requests made by your employer in order to make money and rise within the world of violent gangs. The player has to manage her bank accounts, remove paper trails and import resources to assemble into deadly weaponry. She also has to work on upgrades.

The game will have triggers depending on how far along the player is in the main story, but also depending on what day of the week it is. On Fridays and Saturdays, for example, there will be clubs open. Sundays might have a church. Weekdays will have restaurants. The game follows a storyline that triggers on dynamic events, with at least 8 planned endings (so far), all depending on the ambitions of the player.

The game will have fully illustrated character portraits and illustrated cutscenes. Because of the size of the game, we will use a lot of pre-built textures and assets, most of which are from either the Zombie Survival, Modern Day or Futuristic tilesets.

To get an idea about our style of game I can recommend checking out our previous title, as the two games actually take place within the same universe (but are completely separate, this is not a sequel, just a shared universe thing). We have plans for future titles as well, but that's, literally, another story.

We're looking for three contributors who wants a chance to get in on this. There will be no initial payment, and I'm not going to guarantee any, but if the game ends up beyond expectation it will be sold. It will be designed as a commercial project, using only custom, bought or public domain resources.

Composer! We need a composer that can contribute with 4-12 (depending on how much work load you can take) custom soundtracks for the various gangs and characters. We also need a bombastic main theme. If you could provide a few samples, that'd be fantastic.

Pixel Artist! We mainly need overall improvements of some of the more prominent character sprites. I could do this myself, but if I found someone who's better at it, I'm sure the game would be better off. We're talking about maybe 20 characters, maybe more, which will need improved sprites. We might also need a few minor tiles for specific situations in-game, but nothing major.

Sketch artist! Part of our vision for Crackerjack is to have rotoscope animation cutscenes in a certain sketchy style. We will need on average 12-20 sketches for each cutscene, and the number of "sketchy" cutscenes is debatable (minimum one, as an intro). No animation experience required! I will be dealing with rotoscoping, and we have a few voice actors ready. All I need is someone to make the base sketches in a style similar to this:
http://img12.deviantart.net/7f92/i/2012/118/6/1/warrior_speed_sketch_by_appylon-d4xueqy.jpg
https://avikstudio.files.wordpress.com/2012/07/mary-magdalene_001.jpg

It is difficult to make a game for the express reason of earning money. We all have our separate lives and ambitions. As I made "Coats" I was studying a bachelor's degree, and during the creation of "Crackerjack" I'll be finishing my master's. Working on this project means we will need dedication, but that doesn't mean we're unreasonable. There's always room for compromise. As long as you don't give up on us - we will be patient. "Coats" was an example of what can be done on zero budget, with two dedicated people. I'm hoping this can be even better.
I think we can all make something awesome out of this, but I need people who want to make something different.

Thank you, and please respond here or through PM. I'll be checking in as often as possible to respond to everything.
Have a great day!
//Dennis
Pages: 1