Close
A typical gamer who's fascinated with dragons. 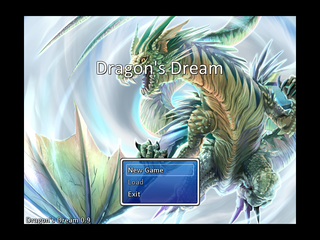 With the help of friends and allies, set forth to retake Ruce and defeat Askook, Champion of the Skies.

Pros/Cons:
+ Nice mapping. It's only overly crowded or too open. Maybe a few of the interiors could be reduced in size.
+ The plot is interesting. It's a little cliche... but it's overall fun. I was interested in seeing what came next.
- The music was iffy. It's RTP, which I'm not sure why. I mean, RMN now has its own music pack. You just have to download it and pick the ones you think fit the scene the best.
- The writing could use a little work. Actually, a lot of work. This is probably the game's biggest problem right now. Some dialogue even appears and disappears instantly, making it impossible to read. It seems like the dialogue would fit more of a modern-day setting, instead of a medieval-fantasy one.