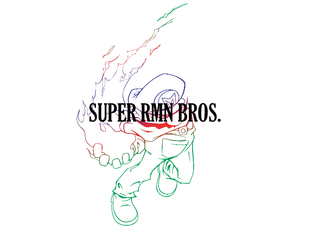 A community game made in Super Mario Bros. X

04/20/2011 04:22 AM
Thanks to the support of the RMN community we purchased our new server last week and have been working on getting the site setup on the new server. We are now confident that the site is functioning correctly on the new server and are ready to make the move permanent!

I will be moving the site around 10:00pm CDT (UTC -5). It should only take about an hour or so to move the site itself, but we have to make some DNS changes to point rpgmaker.net to the new server which could take a few hours to propagate throughout the Internet.

Come join us on IRC while the site is being moved! #rpgmaker.net on Dynastynet (irc.dynastynet.net)!

tldr; RMN is moving this Friday at 10pm CDT and there is going to be some downtime.

The site may be available for periods of time during the 15 minute update frame, so I will post here when the update is finished.

I know we have had our differences over the years and perhaps I did and said somethings that I shouldn't have.

Why am I writing this? I'm not entirely sure to be honest. I have a feeling that outside the topic Ciel decided to make that not many people even knew I was here or what I did at the site. I guess I thought it would be wrong if I just appeared again like nothing happened.

Why did I leave / ragequit / whatever? Mostly it was due to a frustration with the user base and how they decided to express their disagreement with some of the featured games as well as game content in general. Maybe we didn't make the avenues for disagreement clear (something I hope to fix).

Why did I come back? Well, I love amateur game development; especially RPGs. Since I'm not disciplined enough to finish my own games I want to help the community by giving them a place to show off their games, get feedback and collaborate with other game devs.

So, what's next? I hope to help the site by supporting the tools with currently have, adding anything else they need to succeed and fostering a cooperative community where we actually want to help each other grow as game devs.

Haven't done this in a while...(paintings)