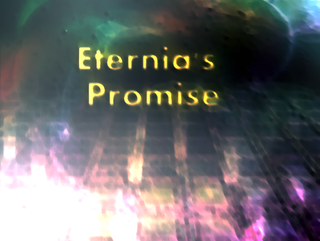 Request for a crowd sound in a city

How many maps do I need for a average demo?

02/02/2012 07:11 AM
I was just wondering that, because I only think of maybe 30 or so maps. Before releasing anything. For example, Dreamwalker is in Acts, per say, it would be a full game, rather then a demo, but I only got 63 maps, but even so it looked like I already started, it's only earlier in the game.

German game: In the heart of darkness: first game with gay characters?

10/20/2011 12:26 PM
Description
Alex and his companions are about the hiding place of their greatest adversary, an evil being named Nicodemus, to attack, but a dispute between Alex and Brian will cause the latter breaks alone. Now Alex must fight not only against his nemesis, but still save his friend.

• Just a warning: The heroes are gay in this game.
• There is a dungeon crawler.

I think the dev must be either be sacarstic about it or not? But looks legit.

tl;dr the second is link down anyway.


But thousand points for originality on gay heroes. Why does the battle end while I get paralyzed in battle?

It happens, when a enemy does that.

I wonder how you keep your characters levels if they leave the group/party or whatever, then come back later on still have the same levels(though I'm doing a game where at the end of each character arc they end at certian level like they start from level 1 til 10 and end there for awhile. I know it's something to do with naming a variable "partynumber" and choosing which character number slot in the Hero section for example "0001".

Much help would be great.

03/17/2011 07:25 AM
I'm hoping to replace the system set for dreamwalker, and use a picture set system instead, and need help on putting on the text inside, and not put it over of course. Got any good suggestion for where to place, like with X and Y for the bottom of course.

02/28/2011 12:59 AM
What I'm trying to say here is how do I make it work like that?. What is the purpose of the bosses having mirror mirror images of themselves, like do they heal the boss or use a skill on the boss to make him harder? I need help on that with a boss in my SOLDIER game.

I don't mean how to make a boss. lol. That seem a dumb title start off.