Why so many devs like to make the beginning of their game as hard as possible? It just makes it hard for players to want to play your game. Save the hard parts for later, when they are actually invested in it!

Close
12/20/2019 04:07 AM
Because they have entered my realm now... Having players utterly at my mercy, suffering makes me laugh in villainy!

Close
12/20/2019 04:18 AM
because my ass got kicked by a "arcade game designed as a quarter muncher ported to the home console" game as a kid and i haven't been the same since
Liberty

Or they didn't playtest/playtested too much.
kentona

Close
12/20/2019 02:02 PM
to separate out those from the REAL GAMERS - the only one WORTHY of experiencing my MASTERPIECE!
LockeZ

Close
12/20/2019 05:08 PM
I feel like it's the other way around. If you're looking for difficulty in a game, it has to deliver on that pretty fast for you to be interested. Nobody wants to play through hours of boring stuff to get to the fun parts. Start with a bang.
Sgt M

Close
12/20/2019 05:36 PM
It's pretty easy for devs to back themselves into puzzles or boss fights that only they know the solution to. Overtuning is a very real thing.
Acra

I think most of it simply comes back to scaling and having very little options at the start. It's not unheard of for a character to almost have their HP double from level 1 to level 2, with other stats seeing similar growths. Once you get that initial footing, those enemies that could one-shot your would-be tank become total jokes very quickly.

Other things, like getting to buy gear for the first time, or getting party members, are also points where the player grows astronomically in strength. It's definitely not a good idea to put the player that hard on the back foot at the start with no lower floor to get to terms with things, but I can conceptually see it useful if you wanted to set up a 'NOW you're a proper adventurer, and not a worthless dirt farmer' sort of moment.

I've certainly fallen into this trap before. Multiple times. Ultimately, I fixed it by creating a whole weaker tier of encounters and giving the enemy spawning formulas extra rules before a certain point, to ensure nothing too scary or too many at one time could pop up. Also giving the player a ton more money at the start, giving extra revival and healing items, and redoing scaling on equipment pricing were all factors.
Kylaila

Close
12/20/2019 09:12 PM
*ponders* I never had that issue in most Atlus games (and EO) but then I am me.
I will say the main-series SMT games have deliberately challenging encounters from the start, mainly because you can't switch the difficulty once locked in. And I appreciate knowing what you are in for while you can still go back (is not too difficult either tho). I'd been replaying Nocturne and I actually had to reload a few times because missing on the first enemies made me die in hard mode, haha. I double checked out of curiosity, and that would not really happen in normal difficulty - you can take like, double the amount of hits. It didn't really waste much time, either. We're talking a few minutes until you actually can just smoothly continue and build a party that'll spread out hits.

The other side is how that is achieved mechanically.. I mean, Oblivion and such start out reeeelatively uh .. well they start like a challenge and then become cardboard. That happens in a LOT of games, simply because you get more tools and powers but no real challenge to follow it (and no.. longer HP bars/fights do not count for me if they are boring easy). THAT kind is a mechanical trap. It happens in a lot of games, sadly.

That said, having no time to get used to your arsenal is generally a bad thing - and that's also where devs might miss it. THEY know all the ins and outs playing and re-playing from the start. The player probably will not. (the above Nocturne didn't make you fail because you didn't you use non-existent spells/tricks incorrectly at the start. that starts building up)
If the rest of the game is easy, or it's actually easy once you understand the base system... then.. it's just a poor reflection of the game's essence at the start.
If all of the game is meant to be a challenge, it can be just right - but even then learning curve is key. Furi is a great example. Going back to beaten bosses, especially the first one, it feels super easy - but it was a big challenge at first and taught you the basics. Then you add more and more and some variations in focus (gun vs blade etc.) to give each boss a distinct feel and tactic in beating. But then it's more action-y to begin with and a different genre soo : D
Sooz 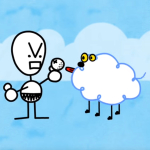 If you are truly the virtuous man you say you are, then you have nothing to fear of the ditto.
4225