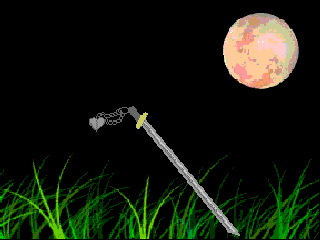 Save the world using tattoos!

10/13/2019 12:33 PM
This actually sounds like a simple matter of taking the thing down, honestly. Or not. I haven't seen the videos, so I dunno. Either way, I'm not sure griping about it publicly is the best approach. I mean honestly, the idea of spread around drama on the internet?

You should all listen to my internet drama instead. :P

author=bulmabriefs144
As this problem is likely to be increasingly common as time goes on, this is what I found.

None of the compatibility settings actually worked. Period. From research, I found that Windows 8 discontinued DirectDraw without offering a real replacement (really stupid idea, guys). They say you can write essay today and use Direct2D but there doesn't seem to be an understandable way of just downloading and it sounded like some of the stuff had issues. And OpenGL is garbage.

So what to do? When I found in windowed mode rather than fullscreen, it didn't seem to want to kill the screen, and in fact was able to run. Patch this, or use DynRPG to run in auto-patch. It runs, but rather sluggish. To make things run like before: Windows XP 3, Run as Admin, and if it still seems choppy, run in 8-bit color (since it uses 256 color anyway).

Unfortunately, I cannot open the zip file you mentioned - I get security warning error. Could you please resend it via Dropbox? My antivirus is driving me mad - it's been happening with all files recently.
Thanks,
Randy

If you're unable to open things like Zip files, it could be that the thing is blocked. Rightclick, Properties, and if you see a Security section there tell it to unblock. This way you can virus scan it yourself and open in normally.

But honestly this program doesn't work well anyway. Because it requires you to install DynRPG.

Download either 32 or 64 bit version. Drop this in the same folder as the game, and open this instead. The EasyRpg will play the game using its visual settings. No more worrying about Direct Draw.

09/27/2019 04:52 PM
The RpgMaker home site has an off-Steam version. However, I am not at all sure which version it is, making it somewhat of a risk because the earlier versions aren't always up to date, and the lack of Steam subscription means no automatic update, and you end up possibly buying multiple times.

Thankfully, the price has gone down to 19.99 so it's not that great of a risk.

I'm trying to remember the name of a game. Can someone help?

09/22/2019 06:54 PM
Normal battles are for wimps. In an actual battle in real life, you would be out during the day or night, it would be raining or snowing, or you're fighting in a cave and you would have to make do with imperfect situations.

The closest thing is Turn Based (I don't like ATB).

I'm trying to remember the name of a game. Can someone help?

author=richterw
It's an rpgmaker game with npc schedule, day night cycle and all of that.
It uses the base sprites, i believe. And i think that it had a calendar system with seasons, but i'm not sure. It was made with XP or MV, but i'm also not really sure... This is the best description that i can give, because i can't remember anything more.
I've looked the list so many times, and still coudn't find it...
I remember that the title screen was kind generic and ugly, but it praised itself for being an ambitious game.
Someone has any idea what game it may be?

This is an incredibly generic description.

Oracle of Tao has a calendar system with seasons (finally fixed ^_^; I think), it had day and night affecting some inns and NPCs, it used base sprites for many of the main characters (or slight mod to them), and it was incredibly ambitious (still is, as I now have battles that can be opted out of by raising certain stats), but the title screen I had to basically get someone else to help because it was hopeless. This would also explain why you can't find it, it's been actively worked on for years and the title screen actually got changed. 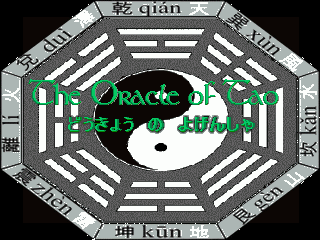 It is really similar in concept, but it's not the game i'm trying to remember. The title screen had a scenery, or some character, where you could see the sky, i think.

I used to put some words on google like "rpg npc daily routine" and it would show up, but i don't remember the exact words that i used, so i can't find it anymore.

I think there were several other title screens before I had one that worked, so I dunno if there were clouds, but I do have various pictures on the install screen, like the following: Even the "mix of adventure and life simulation" still works. This was a game that legit had things like fevers and colds, birthdays, and even a menstrual system. Plus, you can type in "day night system" and it's still searchable.

In the absence of more descriptive things like plot, we have no way of knowing what game it might be. But as I say, this game could technically be it?

09/20/2019 06:49 AM
I literally have this problem:
-I have a number of homemade status effects, that start at the beginning of battle.
-Or which persistently get re-added to certain battles in case somehow you manage to remove them
-However, status priority screws this whole system up in two ways. First, if I make a number low, other statuses can actually overwrite that status. But if I make it high enough that it won't be overwritten, it can block other status effects. For example, I used to have a blind-like status that would recur within caves. But try as I might, re-adding the status resulted in it being nearly impossible for attacks to add poison or paralyze or whatever.

I want:
-To be able to make certain statuses cancel certain other status (Haste vs Slow, Bless vs Curse, and vice versa). Preferably using the DynRpg.ini to type something basically preventing Status 15 and Status 11 from coexisting.
-I want other statuses to stack, and ignore the priority number.

Could someone please help in this regard? I'm about to add in a status and have basically needed to turn it into a switch event instead.

Let's Play: My Own Game

*NSFW Warn (There was some alcohol use, and the last one has Ambrosia kinda go psycho. It's pretty low-key, but I wouldn't want to not warn you then have ppl complain)

Sooooo, I'm gonna either play another game of mine, Let's Play an SNES game, or someone else's RpgMaker game. Feedback is appreciated.
Pages: first 1234567891011 next last