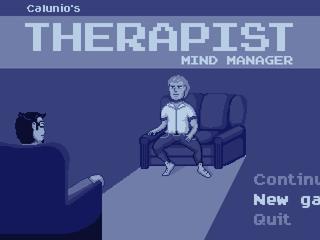 This Is Not My Final Form

author=Erilex
I wouldn't be surprised if This is Not My Final Form ends up feeling pretty similar to DS in a lot of ways, because I can't help but gravitate towards the same sorts of themes in my work.

My birthday is next week. I want to celebrate alone. Ideas on how, please.

I will have dinner with family (father and brother). Something simple, so I will not spend the whole day alone. But the rest of the day I want to be actually alone. I believe it's good to learn how to have fun without company. People addiction can be problematic too.

Now I'm accepting ideas for recipes, because I'm taking the cooking suggestion. Something easy, please, because I can't really cook.

In all honesty, I am really lost. Should I still make games?

But I want to empathize. Because I understand what you’re going through. Making a game can have such a big emotional investment. And the bigger the investment, the riskier it is in terms of frustration. I honestly don’t think it’s possible to put a lot of energy into making a game without caring about what other people will think. I agree we should make games we want to exist, but there is a huge social aspect in game making. A bad reception can be devastating. I feel that your negative depressive tone is completely rational (though in truth I’m not familiar with your game and it’s reception).

So, basically, yeah, it sucks big time. And the worst part of it is that there’s a huge luck factor in a game’s popularity. Some games blow up because some famous youtube played it, and they’re not even that good. Some games just don’t get a shot at the light.

My advice? Two options. One, mourn it, and eventually get over it. Life sucks sometimes, and it’s not healthy to deny it.
Two, advertise it even more until you feel like you got good feedback. But don’t aim for numbers. I feel like nice detailed feedback is always more rewarding than download count and stuff. 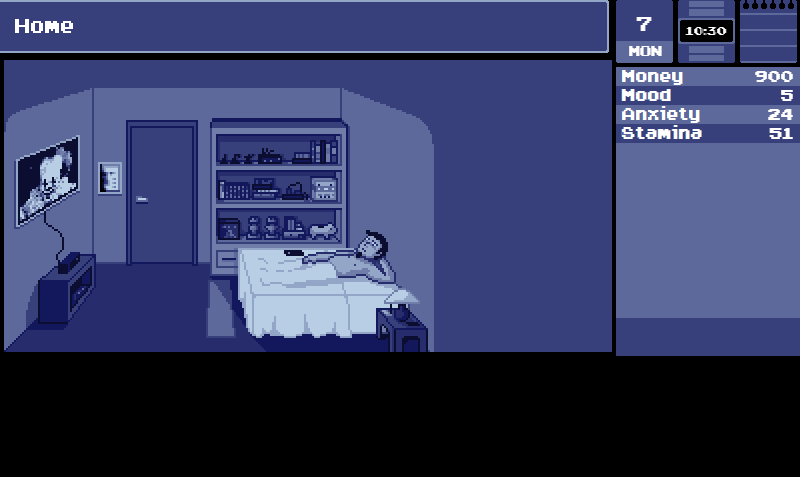 author=CarlosDavilla
Really loved this one. Listening Calunio talk for the first time sure was something else.
Nice job.

Hahaha I'm glad it made an impression.
Talking in English for 3h straight for the first time was quite challenging too.

A handful of usable writing tips

Very nice! I like how you developed different personalities to each line!

author=Chivi-chivik
I specially liked the "Don't plan. Improvise" part, because that's exactly how I write. I always start by having a premise + a few characters, then I write dialog for them and then I add more and more things organically until I end up with something good that can be finely tuned into a good story.

Yeah, the more I use this logic in my writing, the better I like the results. I feel like my best ideas come WHILE I'm writing dialogs, not before. Some things just seem to be evoked by the context of the dialog.

author=Darken
Agree with all the points made, however I feel like these examples rely on adding additional plot points or potentially confusing the point of the scene.

You are absolutely right.
I did mix surprising presentation with surprising plot because it's very difficult to add surprising elements to an ordinary event, but I like your Ex Machina example. Should be hard implementing that in a game though, because I dialog so long would have to amount to something pretty amazing to keep players hooked.

author=orange-
I don't know what Marvel Brothel is, but I'm all in based on what I'm seeing.

A game originally posted on RMN, taken down due to Marvel legal threats.
https://gamejolt.com/games/marvel-brothel/4052


Greetings from one ancient to another.

You gave me a lot of useful tipsthat I will implement in the game, like signaling lose of posture, adding numbers next to stat change, making interface more visible, being able to wait in cab.

The ones I will not are either because they would be incredibly complicated to pull off, or because there's a deliberate design choice behind keeping things as they are. For instance, you suggested a forewarning of each action requirement for stamina/mood/anxiety, but if I had that, there would be no point in penalizing the player for trying to do something he can't (which is an explicit game feature). I think some suggestions you gave would make life/time management choices seem obvious and easy, and that could ruin the actual management part.

In any case, the game is designed to have a progressively harder difficulty, so even if the player makes some failed choices at the beginning, it shouldn't be much of a problem. I expect the learning curve not to be too punishing.

Regarding giving hints to specific intervetions at the library studies, that would be very complicated to make it work, because I'd either have to give an actual psychology course inside the game, or I'd make therapy choices obvious by mentioning the themes in the library. I expect players to enjoy learning a bit about psychology as they play the game, either through the library text fragments or through the therapy sessions, but you don't need to actually know psychology to play the game. Making good choices during therapy sessions is mostly a matter of logic and intuition.

All in all, I think you had some very valid suggestions I will implement, but some of your frustration is probably because you were expecting something from the game which it's not. You said you thought of a therapy game before, so I guess you were probably expecting something similar to had you had in mind. In truth, I wouldn't even call this a game about therapy. It's a story about a guy facing some tough psychological dilemmas, and he happens to be a therapist. If you only played 3 days, you probably didn't get a good glimpse of the actual plot yet. And I don't blame you don't feel motivated to keep playing. But the suggestions you gave me seem to amount to a game that's conceptually pretty different from what I'm aiming for. Hopefully, despite some of the game's frustrating mechanisms (some of them intentional), it will be internally coherent and sufficiently appealing to get people to play it through.
Pages: first 1234567891011 next last