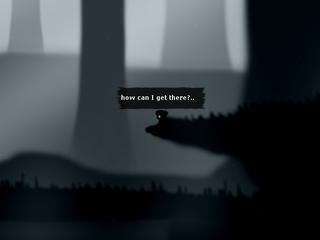 A story that will surely touch your soul.

A Plea: Don't Make Your First Game a Team Game

06/28/2015 09:24 AM
Great article. I'm currently doing my game DUST alone even though I have 4 members mostly graphic artists. I am all alone and I like it personally.

pls. check out my games. Thank you. CM

As what I've said about the release of Raven Noah (my other game), I won't be giving any exact date on when will be the official release of DUST. But rest assured that I will do all that I can to release the game this year. Thanks for supporting DUST. CM.

author=Dragol
Ok... hello, game that looked a bit like Limbo but still looks really promising.
It's not complete momochrome it has a tiny-tiny bit blue color at background, I like it.
Based on demo it's REALLY dark and that can be a bit annoying for eyes. I hope that I'm wrong with it.
Why it's called Dust?

You are correct. DUST is not only a black & white kind of a theme game, it is more than that. In fact it has a lot of "colors" if you really just open yourself to the possibility of the world, it's endless I may say.
DUST is not just about the visual of the game world, it has also a bunch of weird and interesting characters that I'm sure some of them will make you laugh, cry, and made you realize the value of life. There's a lady spider who loves collecting mirrors, a miner who likes collecting fireflies, a blind salesman living underground, their's Tig & Fur that will make you laugh and cherish.

About your question, why the game is called DUST..simple, because the boy is a Dust ^^..but seriously I can't share it with you for some spoilers but their is a connection between the boy and the condition of the Earth today. Thanks for supporting DUST. CM.

author=Cursingvladimir
Will you be working on DUST first or Raven Noah? Or add a download for both at the same time. Anyhow the games look amazing and a little different. Kind of excited for it. Hehehe Good luck :)

Thank You. I will be doing DUST first then Raven Noah. In fact I have 10 games in the "To Do Next" list waiting to be known in the world of gaming. :D
I already release a Demo of DUST but it is too short and a lot of bugs so it is not worth playing, anyway my rough date for DUST is between December of this year to January of next year. Thank You for supporting DUST. CM.

author=Hussain
When I will be can download this game ??

I won't give any exact date sir but rest assured that I am doing my best to make this game comes to life. Thank You for your support to Raven Noah. CM.

author=ExtremeDevelopment
I lost my virginity to how good this looks :O

author=SigmaKedavra
This looks gorgeous!
And the story seems interesting.
I can't wait to see more !

Thank You for your support to DUST. CM

Many people said it is very similar to LIMBO and I am honored
but rest assured that DUST has a different story.

Thanks for your support to DUST. CM

author=Bogo
I like the tone of this game. Count me in and I wish you luck.