Close
(Remote) Office worker by day, (on-hold) fight choreographer for B'way & TV by night. Putting together a first-effort RM/MV game for an office event in early middle 2016 (or, let's be honest, 2022). 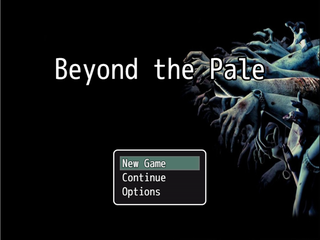 @Epic Jackman's - Cake Quest: I laughed out loud several times while playing this game. The monsters made me laugh, the music made me laugh, the dialogue made me laugh - a spot on bit of both parody of the genre and I fine little adventure at the same time that was just right in terms of length. The one thing that almost had me turn off the game (because I thought it was broken) was the EPIC slowness of the old man's walk over to start the game. For some reason I could open and close the menu while he was making his way over to me, which made me think you must have implemented some alternate keyboard setup, and I just didn't know how to control the main character - I almost turned it off, but thought - holy shit, maybe this is just an insanely slow moving intro movie, and it was. Anyhow, hat is off - well played - congrats on your first finish - this was delightful. Maybe also ditch the stock character portraits next time and have a whole world full of squiggle people? (and squiggle maps too?)

@Combee - Everything Goes Swimmingly: holy shit. Also laughed out loud at the end of this one. Really enjoyed the lack of 'menu' options, immediately put me in a different 'genre' (sub?) of game, and let me not worry about equipping swords for my fish. Great maps too. Would have been +1 if the key and rock were something even more fishy, but that actually sort of worked for me in terms of building the wacky charm of this world (which ended in the sort of reunion that you might expect to find in a land that's apex intellect is a goldfish). Awesome. The Fairie in the title screen threw me a little.

@Frogge - Birthday Murder Party ALSO had me laughing and laughing. Dear god people. The dialogue quality was SO BAD (by design) that you had basically NO IDEA what was happening, and the framing intentionally kept other scenes in focus (where the characters were still standing around), which made this like some kind of abstract Plan 9 from Outer Space of RPG horror games. Well Played - fun times.

@aquaricorn - The Colosseum: a well balanced trio of fights culminating in a boss fight. Both playable characters had something to do in every moment of the all three fights - felt like the third character (the arena master?) was forced in a bit, but otherwise a very straightforward battle game that gave you just what it said it would.

@Kloe - She Had Fun: So Did I! This was an enjoyably silly, self-aware monster-grinder/romantic-comedy. Particularly liked the expanded interpretation of the 3x3 map (the first couple maps are actually 3x3, with the third being 3x3 usable tiles and a frame around it – stuck with the restriction but played with it, which is always worth more points in my book). The labels on the character resources were fun but I Could Not figure out what one of them did (the blue one) – and, as has been said by other reviewers, Harold’s Green Gauge skill was expensive but Way Worse than his basic attack (and it nearly always missed for me) – this made me love Yanfly’s ‘add sanity to RMMV’s accuracy calculations’ Plugin more than I ever did before (or, it turns out, you put the dodge rate for your monsters up to 30%! Sadistic!). This was actually the first game I played out of the lot (and was a great intro to the games in this event).

@Tevak - Crucible of the Arclord: There was some mood-setting poetics and lots of emotional intraparty content at the top of this, which was a bit hard to follow – we could have used a foil among the three protagonists to call out the hand-wringing that the other two were doing (and unpack it a bit more for the audience), but I imagine this had about as much editing as my ‘script had (í.e., none) – so happy to give it a pass. The maps were Terrifyingly huge, and while I liked the visible encounters, for some reason my rig had terrible lag whenever a fight started, so I avoided them, and was then instantly wiped out when I finally got inside the Crucible and met up with the Fourth Monster type.

EDIT: @Liberty (thank you for your help, below) - I'll try 7zip to crack open the games I had trouble with and get the rest reviewed as soon as I'm able!

author=Ratty524
ethanz:
...I like the ideas presented with the battle system. Fledge seems to be a lot more useful than anything, though.

Thanks Ratty - I snoozed and didn't see the 'fixes are okay' post, so just re-submitted a version 1b that fixes this; just needed to add the <Evade Counter> notetag to the Reposte command. Fleche is still an awesome attack (especially against the first opponent) but if you overuse it now, you are beaten by Reposte. (also fixed the stupid looking positioning of the monsters which I totally just forgot to address in the first rush).

06/05/2016 01:06 AM
Just submitted, although not without the sinking feeling that I may have (again) failed to notice some major feature of the challenge.

Lunge, Reposte, Fleche is a 3 move pirate/fencing game with 3x3 maps (holy smokes does that focus in the action!) - the only drawback is that the "ingenious" (FAIL) rock-paper-scissor battle system I thought up basically doesn't work (didn't have time to test the game at all) - the counter attack is set to the Yanfly Counter Control default, as opposed to the RMMV default, so Fleche (the super aggressive move) basically wins all fights - AND the enemy AI seems bugged so the bad guys don't do anything in the first round of combat - at least it makes the game quick! :)

01/26/2016 05:20 AM
@ tahmeeboo: THANKS FOR PLAYINGGGGGGGGG!!!!
(I'd tell you, but then what fun would there be in making a follow-up later this year?) :) There was a lot more story written for both before and after the playable bit here but because this was an entry in a 1 week game-making competition, this was all there was time to put together (alas)!

Beyond the Pale is on hold while I work on another game that should post up at the end of April - a modern survival RPG that makes a lot better use of the engine than this little guy did.

01/12/2016 02:29 AM
Delighted by this comment. ;) As long as you don't mind the shifting third person/second person narrator voice that pops in at odd times or a couple of pretty weak grammar errors (or the fact that the heroes don't put on black disguises at the end (because I couldn't get the sprites edited in time)) - it almost holds together. ;) I'll post my next project up here in April - will be about 10x as long, with a modern setting and similar pseudo-intellectual content with (if all goes well) a magic system based on Aztec Magic and the action of synthetic financial vehicles in the international capital markets. ;)

11/23/2015 06:11 PM
Congrats to everyone and another round of thank-yous for the judges for going through everything - I learned a Tremendous amount about RM from doing this event. The MVP might be how to use the Self Switch, which I knew NOTHING about prior to the bonus Gammak event (hyper n00b power, gO!) - I've already re-written (and massively simplified) nearly every event in my main project as a result. Zzap!
-EZ

Beyond the Pale Review

'Pale' is On Pause for the time being - it having largely come into being as a skills-test for a bigger project with an early 2016 deadline. As you mentioned, I wrote out a more elaborate bit of story in my notes than I was able to execute on the Event Timeline (MVLympics), with the hope that some Epicness would still be conveyed - undercooked, but hopefully closer to cookie dough than frozen pizza. ;)

I have removed the word 'full' from the description and added a Play Time note, so people are not mislead! (Again, thank you!)

I'm going to crack it open now and will (after a quick subway ride's work) upload a 1.3 after addressing the 'too many animations' issue, as well as trimming the Rate of Attacks on the final weapons (nothing wrong with a cake walk, as long as you were just looking for cake!).

I've gotten a couple requests for a Mac version, so am going to add one of those for 1.3 (and holding, for now) as well.

You mean "where is the scene where the story of the game has RESOLUTION?" - answer: missing! (Yikes! Sorry!!) - I'll have it up in an hour (jumping on the subway, should have it working by the time I emerge).

Done (game now has fully operational ending) - thank you for the feedback!

author=CashmereCat
I like the idea of putting Therese as an enemy, ethanz. Even though that would DQ you, that's still a pretty awesome twist on the theme.

Many thanks - I was doubly inspired after Friday afternoon, when I saw the MV plug-by Rexal that allows for animated enemies using the battler sprite sheet format for SV Actors-I was Really Hoping I'd have the time to get an enemy battler together for the Future/Ninja Harold 'Bank' I was using for Scene 1, but had to let it go due to time and make due with RTP baddies for everyone. (Sigh) Next time!

Final Comment: just pushed a 1.2 that addressed the insanely rough ending for 1.1 - thanks Liberty for putting this together - next time I'll read a bit more and hopefully DQ a bit less! :)
Pages: first 12 next last