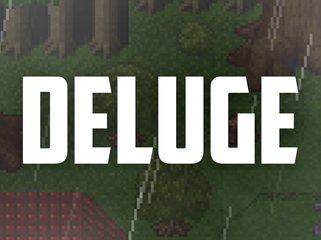 Wondering what the community knows about tools to add on to an RPG Maker 2003 project. I've been following the Japanese community via Twitter for inspiration, as their community for this engine seems pretty active still, and I've noticed that some things they've created are far outside of my understanding of the engine.

I see talk about "RPG Maker 2003S" as a tool, but I'm not sure where to find that or if it even works on an English version of the software - not to mention it's probably stuck in Japanese. Another I've seen (which might not be a program) seems to be called VIPRPG - here's a sample: https://twitter.com/kemurinoroshi/status/1167739459997057030

This tool described in a tweet can take immediate screenshots (presumably for use as a panorama) of a map! https://twitter.com/hako_maker/status/1038916104968491008

Do you know of any good English tools that work with the legal version of RM2k3? Or perhaps some good tools that might NOT be English? Hoping to pick the community brains....

The game used River City Ransom sprites, had sort of an oriental setting, in modern Tokyo or something like that, too. The systems seemed to be standard but the RCR sprites were the most memorable part for me.

Any other things I can think of, I'll add to this thread.

Hopefully I can describe this accurately but I'm having an issue with the Steam version of RPG Maker 2003. I'm not sure if it's an error or an oversight on my part, so I'll try to be thorough.

I'm using one character in my game, using the Type-C version of the battle system and instead of battle characters, I'm making larger sprites work in battle animations.

I'm cueing a battle animation to happen after character uses an item, but the animation doesn't work. The other battle animation (of the impact effect) happens, however the character simply remains in position. I have created a specific "Animation Type" in the "Animations 2" thread for the character, the item calls the skill, and the skill seems to be organized properly. But when I use the move in battle, it doesn't show the action.

Am I missing something? Thank you!
Pages: 1