Close
I'm a skinny weirdo who draws comics and makes games for fun. I mostly use RPG Maker, but I've also branched out to Game Maker (see Spelunky mods) and Super Mario Bros. X (RMN community games). I put just about all my game stuff here on RMN, and you can find my comics in my gallery at deviantArt. 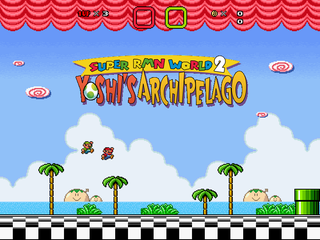 author=QZProductions
I was trying to create an even playing field where all routes had a similar probability of occurring for any first-time player.

Mhm, I kind of figured that was the case. The characters need an equal number of opportunities to avoid having some outcomes be more likely. The best I could suggest to avoid it is to space out those opportunities differently.

For example, the ice area had a poem inscription for each hero, but they were all in that area. If they were divided up between the first and second floors, it would feel less symmetrical. However, they could also appear on other floors besides those two. Basically, it doesn't matter where the poems appear as long as the relevant heroes can find their way to them. I think this would work best with more individualized events, though.

It may yet be a few weeks before I start streaming any other routes, but I'll be sure to mention here when/what time they begin. You're certainly welcome to attend!

08/15/2021 10:04 PM
It warms my heart that most of the problems are still due to engine limitations. I won't say all of these go away in Yoshi's Archipelago, but I think it's definitely a stronger title.

07/27/2021 03:51 PM
You're welcome! I would've had to give a lower score if you hadn't patched those bugs, so don't feel like you don't deserve any credit. It's also an event game, so a certain amount of jank is basically expected. Just because it could be better doesn't mean it's all bad. ;3

The first few sessions of Turovero are already up. This playlist will continue to grow, though I'm certain it's not as long as Theia.

A Solid, Albeit Typical RPG Experience

I'll try to stay on top of these better. Doge review is next!

06/27/2021 03:35 AM
Goodness, it's been a while! I finished playing Theia and started playing Doge, but I'm also doing livestreams of Theia as I play through the game again in Hard Mode. That won't stop me from writing my review of it, but I am a little behind on things, so it won't be showing up right away.

In the meantime, here's the first episode of Doge: