Close
Trying to make a 30 hour western RPG with an RPG Maker engine; kill me now. 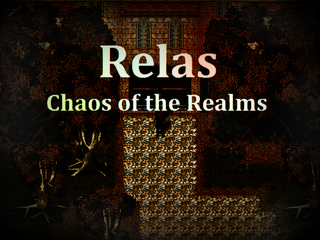 Relas: Chaos of the Real...

An old school western-style RPG set in a rich and detailed world where choices have consequences.

09/12/2012 01:34 AM
I'm currently working on a project in RM2K3, and one of the things I've always wanted to include is an encumbrance limit based on your strength stat. Well I can easily do that part of it, I can't seem to figure out a way to assign a weight value to items. I figured I could do this with variables, but I'm kind of stumped at the moment. Does anyone know a why I can do this?

09/02/2012 04:05 AM
Hey all.
I've been working on my game Helmsreach quite a bit lately, and I've already got the basic plot figured out. The premise is that you were once a world famous hero on the cusp of defeating the big bad villain who is threatening to destroy the world, but he drained you of all your power and left you for dead in some remote cave.

I tend to favor games where you can go anywhere and do anything from the start, even if that results in getting your ass kicked because you are a noob. The problem is, in the world of Helmsreach, just about everyone knows who you are, and if they saw you they'd be seriously astonished to know you were alive. This makes it difficult for me to make the game be open from the start and the beginning section of the game will probably end up being fairly linear with a few minor sidequests and hidden areas.

So, basically; what are your opinions on linearity in RPGs? Is it something to be avoided, not bad at all, or even good?
Pages: 1