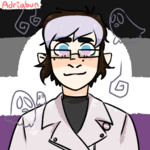 Close
Hello I use LÖVE.

author=Kylaila
Someone voted for me yay!

I voted for Icecheetah, I just really loved that one : )
I think out of their stuff Peelc was my favorite

Ahhh! Thank you!
Edited to remove a double quote.

author=Punkitt
Oh, well darn. Thought I had another day to finish. Guess I can't submit then. :/

author=Punkitt
Oh, well darn. Thought I had another day to finish. Guess I can't submit then. :/

The Watewart is a really tiny creature that delibrately looks unfortunate. From the eye that never was to the useless, unclosable, constantly drooling mouth. This pathetic appearance is meant to evoke sympathy in anyone who sees it and allow it to feed off the energy of the sympathetic.
Wail: The Watewart emits a cry that reduces the defense of the target a little.
Drain: Attempts to feed off the energy of the target.

People joke that the Yoida is a glass of Tomato Juice posessed by an insect that drowned in it. It's not the most dangerous creature one could fight, but as long as the glass of its body is intact it can generate a seemingly infinite amount of the red acidic liquid held within. Watch out though, that the liquid doesn't hit you when it dies.
Drip: Dribbles internal liquid onto the player for damage.
Smash: When HP hits 0, attempts to smash itself against a target for massive damage.

The Netsop is an odd one, appearing like a human like being that wants to be left alone so it disguises itself as a lopsided monster. All recorded attempts to communicate with the Netsop have failed, as it tries to run away often.
Screech: A yell that confuses targets.
Glare: The 'disguise' glares at all targets, doing damage.
Glare Flash: The 'disguise' glares and blinds targets.

The Couldas is the fruiting body of a very nasty fungus. The Couldas takes on a form similar to a human child in the hopes of luring in either a concerned human or some predator looking for an easy meal. To enhance this, it uses the flute in the side of its head to channel air into the twin mouths and imitate wails. Once it lures in a target it quickly infects the target with painful spores. Ideally, the target flees and carries the next generation far away but it is not uncommon for targets to die to continued attacks by the Couldas.
Spore: Damages all targets.
Wail: Damages all targets and causes confusion.
Stab: Stabs a target with the 'flute'.

Description: The Backbe is a deceptive beast. The horns shine to distract its prey and make the prey think that their greatest threat comes from the (actually fragile) horns, when it's actually the right foreleg, a modified limb that functions as a blade, covered in fine dark fur to help ensure it escapes notice. Even its grin serves to help this purpose.
Attacks:
Cleave: A heavy cleave with that blade limb.
Dazzle: The Backbe uses its teeth to stun a person.
Stomp: If desperate can use its own weight to boost its attack for a couple of turns.

I changed the eyes a lot to make them not creepy, so...
"This creature changes its expression by changing the shape of its eyes. The smile is painted on. Its 'hands' and 'feet' can move an incredible range to attack."
Moveset:
"Change expression": Randomly gives the player a status effect, as the eyes of the Peuc have different effects.
"Kick": Kicks the player over a long distance.
"Distract attack": Three of the limbs move randomly and one attacks. Effectively reduces player's evasion to a quarter as they don't know what limb to dodge.