It’s your actions.. not your strength, that would lead you to victory.
13280

Close
I first got interested in RPG Maker after watching X-Play do a review of RPG Maker for the Play Station. Years later I found RPG Maker VX Ace and decided to buy it. My first RPG Maker game, Dragon Lancer, was approved by Deckiller and became available to download on January 15, 2013. 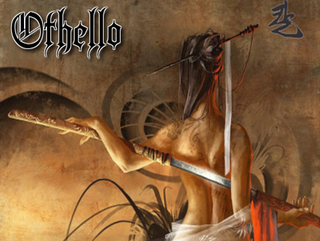 Uncover your past and fulfill your destiny

People with that kind of money don't use RPG Maker. They hire some people who know how to use Unity or Unreal Engine and make any game they want.

My art skill is none, but I was able to make these in a matter of minutes. I think if I were to rework this, for modern audiences, I would make the levels hard, but shorter, to beat down on some of the tedium. The original could also be quite tedious too, depending on the levels. I over did the push blocks, I'm surprised you didn't encounter any lag in that level or a possible bug that can occur due to my inexperience at the time of making the game. But making this game taught be a lot about how to use variables and control switches in ways I had never thought about before. It was a good learning experience.

Thanks for the review.

How to Commission Artwork

author=Antilurker77
I have commissioned a lot of personal non-game artwork but can vouch for what's said in this article.

Yeah, I have found that I can be searching the web for quite a while for some things. But I always try to be as clear as possible. This is from experience of just asking for a scene, but not being specific enough on location or pose. You really need to know what you want.

If you run into a game without any reviews, you can shuffle mine to the bottom.

It's obvious I over did some of the mechanics for some of these puzzles.

author=halibabica
Can you yoink all the time stamps from my LP? ;3

I was able to get the level times. If you had clicked continue after completing the game, I can see the total playtime. There will be 2 chips in the save file.

Other than subbing to their games....

If you click on a users name, you can the click on posts and topics, if you want to see what they have said in the forums.

Swap in 3 Middle with Who?

I wish I had the kind of time and energy to make a game in 2 weeks. Good luck to all those on this voyage.

You could have probably added Ren'Py to that list, for a free to play option for people without money. I'm not sure I would consider that a difficult engine to use either.

RPG Maker MV - What's the easiest way to have an enemy have multiple actions per turn?

07/17/2022 02:59 AM
In the troops section, you can choose specific turns for actions to happen. So, besides it's default attacks you can force it to do something else. You can force it to a specific attack, or if you want you can make it random between as many different attacks as you want. When choosing an attack here, you don't need to choose an attack the enemy actually has.

Note, you can also force your characters to perform certain actions, or say dialogue.


The option coelocanth put up is also possible, but gives you less options as the one I suggested. It will choose the second or third action from the list of the enemy skills. But let's say you want the enemy to use a light fire attack on the whole party, then either attack or use fire 2 on a single target. You want the enemy to do that in that exact order. Then you'll need to use the troops option I laid out.