07/15/2019 10:34 AM
I'm working on a project that serves as a compilation of 3 RM2K3 games, fully remade from the ground up. Like with any compilation, I want the project to start up with a menu allowing the player to choose which game they would like to play. Is this even possible for MV?

[RMXP] I submitted a game. How long does it take to switch from pending to active?

[RM2K3] Could someone convert this image for me?

[RM2K3] Could someone convert this image for me?

04/09/2018 11:24 PM
I don't have access to Photoshop, so I can't convert my custom title screen into a format 2K3 will accept. Is it possible I could ask someone to convert it for me? I'll credit you in my game if you help me. Thanks in advance. 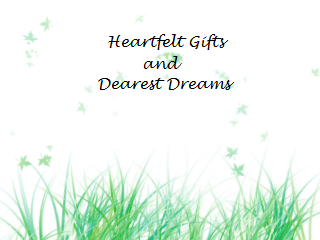 06/17/2017 03:01 AM
I did NOT think anyone would put the time towards LPing this. I'm humbled. Although, the title screen issue isn't laziness. Just incompetence. Also, escapade was always the intended word, 'cuz from Zack's POV, this is sorta one random grand adventure. But enough about this thing. I got another game to make. One with better dialogue......and a title screen.


Don't worry, I already have a new game in mind. Still working out the plot, but rest assured, I've got my best foot going forward on this. Have fun in the meantime!

1. "our main character being virtually useless the entire game"
This was INTENTIONAL. I wanted Zack to come to grips with the fact that he's just some cocky wannabe trying to be this uber macho of sorts, but I couldn't think of a way to add that in without making it feel way too out-of-the-blue. Although at the absolute bottom of my priority list, I do have some sort of indirect sequel in mind where you meet him as he's suffering from severe self-confidence issues because of this flaw, but don't expect this game to come out anytime soon.

2. "a repeating legend mentioned in passing"
Like Burns said, "legend" isn't really the proper term here, as the events "prophecied" have been happening A LOT. Several countries, monarchies, etc. have been directly affected, and it's getting to the point where political leaders are wanting to put an end to all of it.

3. "I find the general background music to be too calm and friendly for the environment we are in"
While I did want to compose my own music, I feel that I lack the proper experience to do much better than what the RTP provided. Maybe in a future game, though. ;)

4. "there is a lot of tweaking to be done "
At this point, according to Indra's tutorial, I shouldn't be obsessing over tweaking every single detail, or else I'll never be done, but the points you brought up are easy enough to fix within an hour. Still, I thought "wailing" only means to cry while "waling" means to beat up. Guess I'ze the badds spelur. XD

"the one guy first knows not how to use Fire Bags, but then knows how to make one and even did so himself *scratches head*"
All he said was that he jumped into a volcano. He never said anything about jumping in so he could make Fire Bags. Guess I should've made that a little clearer.

5. "Lastly, after finishing the game, you are not returned to the title screen"
I didn't think that was an option. Thanks for the tip!

[RM2K3] Do you think this game is marketable?

author=Mobh
The thing about selling your game is that it instantly raises the expectations for quality. Then again, there are a lot of people who don't know what RTP even means and might assume you've done all of the assets yourself, and this would obviously be frowned upon by the RM community.

Honestly, if you're going to sell it for 50 cents you might as well distribute it for free.

Well, I'll most certainly let people know that most of the assets aren't mine, if that's makes the community feel any better. As for a price tag, if 50 cents is too low, then what does the community consider the absolute minimum? I want it to be accessible to as many people as possible, but I also want to feel like I got something out of all the work I did making the game.

[RM2K3] Do you think this game is marketable?

11/18/2015 07:30 PM
In a nutshell, I'm making an RTP game, with SOME original stuff made by myself (1 or 2 music tracks, sprite sheets for the villain, and maybe a title screen). The story itself drastically changes depending on the actions you make, similar to Fable, but a bit more complex than just simply good or evil, eventually leading the player to one of many, many endings. I was thinking of putting a $0.50 price tag on it. Do you guys think it'd be worth buying?
Pages: 1