I can defiantly see where you’re coming from
3105

Close
Waring, content from this user my contain copious amounts of sarcasm. User should probably not be taken too seriously. 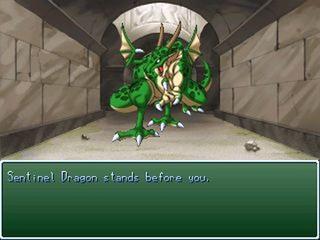 Climb the tower. Kill the bad guy. Save the world.

(Scripting) 2K3 style battle view in VXAce – Can I do it with character graphics?

Yes I know, side Battle Systems. I already know you can do it and that there are plenty of scripts out there allowing you to do so. The problem I see with most of these scripts is that the battering isn’t very dynamic. Most of the time it’s just the actors walking towards the enemy moving forward to attack and that’s it. They don’t change even if there killed or something. Now I know there are animation scripts that can do that. But I don’t think I want to produce an animation for every single action of every single character. So I was thinking of taking a page out of 2K3 and using character images instead.

Basically my idea is to create of find some script that using character sprites. Like this one here:

My idea on how the scripting (and let me know if I’m wrong since I have no idea what I’m actually doing.) would look something like:
N=the character sprite image. X=is the character grope in side image and Y=the direction facing
So for a normal battle idle position the script should read something like:
N=(Image name)
X= in this example 2
Y=in this example face Left.

If the actor is dead then it should go something like:
Actor A (where A=the actors number in the database) is inflated with status D (D=dead) then, N= (Image name), X=in this example 3 and Y=down.

I have no reason to think this wouldn’t work. The problem is I don’t know how to script it in. So if someone could show me how to do it properly (or do it for me, but I’d rather do it myself).

Unless of course there’s a scrip or a battle system out there that already allows me to do something like this in which case I’ll just take that if you point me in the right direction.

Which RPG maker to use/is best for combat?

08/20/2014 01:46 PM
So I’ve been quietly working on my project on RPGM2003. And while I like 2k3, I’ve been increasingly considering upgrading to a better Maker for my project. Mainly because I don’t think 2k3 I going to give me the options I want for the encounters I’m planning to have.

So I’d like to know which maker I can use that lets these combat shenanigans (as well as any others I may want) happen without having to really on Ruby Scripting (Because I don’t think I want to learn an entire program language) or where such scripts are easily available. Unless of course theirs an overly complicated way to do all this in 2K3, that would be cool to.

• Having an enemy become enraged or gain more powerful when hurt by a specific elemental or damage type (For example a water enemy that goes nuts when hit by lightning.)
• Allowing enemies to jump in front of attacks and take damage from others. (sort of like the final fantasy cover ability)
• Basic counterattack, for both physical and magical damage.
• Ability for enemies to perform two actions in one turn.

So yeah, not that extra complicated, but complex enough I can throw out some really tricky stuff if I want to. Thanks.

01/05/2014 06:07 AM
I decided to finally get around to making my own Menu screens for a skill learning system. It will be you're simple skill tree where you spend points to learn new spells and abilities, nothing mind-blowing.

I have the basics on how to do it... I think. I just need some advice on the best way to go about it. Specifically how to show the number of skill points each character has. You know weather pictures or sprites are better to use, or it theirs a better way of doing it, stuff like that.

Oh and just to make things more annoying let's do it in 2K3 too.

Thank you in advance.

Commercial game music: What to unot to use

11/29/2013 10:22 AM
At one point or another most developers here have made at least one game with music blatantly stolen from commercial games. The Final Fantasies and the like.

There are a few reasons for this. For one not everyone has a talent for music or knows how to compose their own tracts. It’s cheaper and easier just to take music we know is good from an established source than throwing $50 for someone to write unique music for a game that’s only going to be laded by a few hundred people anyway. And there are memories and feelings one has from tracks that have left an impact on one during the game they played and they want to impart those same feelings for the audience of their games.

The point is developers like us have, and will continue, to use music from commercial games. And I don’t think any of us really have a problem with that.
But I’ve noticed lately there seems to be a consciences forming amongst the developers here that there are tracts from certain games that should really be best avoided. Not because these tracts are bad, but people keep using them in there projects. Hell how many games have have you payed that don’t have Melody of Green or some other song from Chrono Trigger?

Now I know we could just have a blanket statement saying “Don’t use music from popular games”, but there are popular games whose soundtracks aren’t used as often and could get away with being in RPG maker game. And then there are some ‘less popular’ games that have very distinctive soundtracks and using them can pull the player out of the game just as much as using One Wing Angel could.

And I’m not saying we shouldn’t use music from those games ever at all. But we should think carefully before having the battle theme from Luffia 2 is really a good idea.

So, developers, what game soundtracks do you think we should probably avoid and are there any you think people could probably use more often and still get away with it?

I’m going to start a small list of games I believe to consensus says we should avoid. As well as some games you might be able to use because the games are less well known, but due to having very memorable soundtracks may still have some issues.

Regardless feel free to debate and pick apart my decisions and have your say on what games to use and just how wrong I am and how much I suck. Not just for you but for the betterment of RPGM developers everywhere... And pandas.

09/17/2012 07:26 AM
So I had this idea when at the start of some battles the enemies would damage the party by causing a stampede, providing there are enough monsters (the amount that show up are random).

Unfortunately I’m having trouble figuring how to code the thing in RPGM2003.

The idea is at the start of the fight the battle the game checks to see if there are the required number of monster on the field (in this case 4). If there’s not nothing happens. If there is the attack triggers and damages for entire party for X damage. And then it doesn’t happen again, just the once at the start of the battle.

Now I’ve tried lots of things; conditional branches mostly. I'm sure it's possible I just can’t figure out how to do it?

06/06/2012 12:09 AM
At one point or another we’ve all played (or, considering this is an armature game design site, made) an RPG where somewhere along the line lots of people are killed.

It might be a large battle during the evitable war, or the bad guy just decides to slaughter an entire village of innocents or something like that. And the aftermath usually consist of dozens of corpses scatted all place the place just to show how tragic everything was.

Now in 3D it’s easy to tell it’s usually pretty easy to if some hapless victim had been brutally murdered or not. But in the old-school top down view it’s not so easy, so the easiest way to show that a 2D sprite is as dead as a doornail is by leaving him/her lying in a pool of their own blood.

However, and this brings me to my question, how much gore is too much? At what point does blood and gore stop being a visual and start becoming offensive and juvenile? Or dose any amount of blood make any game offensive and juvenile?
For that matter do we need the blood at all? There are plenty of games out there that don’t use blood to denote someone is dead. Would the game be significantly improved at all if the blood was there or would it just make things worse?

Seeking assistance from a sprite editor.

05/25/2012 02:45 PM
Hello everyone again. This time I’m asking if there are any Spriters out there with some spare time on their hands to help me with my project. It wouldn’t be anything strenuous, just some light edits, I’m not asking anyone to create something from scratch or anyting.

I would prefer to do this myself, and with smaller things like character sprites I can, but I would appreciate the help of someone with more skill than me to edit some enemy sprites and perhaps do some more dynamic movements for my characters.

I’d like to have a battle where after you defeat one group of enemies another group of enemies immediately appear to continue the fight without any screen transitions or creating another encounter if possible. That way you can 10, 20 or even 30 enemies in a single fight (they would all be weak enemies naturally).

So any ideas how I could do this?

Looking for a patch for the ATB bar.

I know this is a common problem so I’m sure there’s a patch out there, I just haven’t been able to find one yet. Thanks in advance.

02/05/2012 04:32 PM
The subject line says it all. I need I new title screen for my game here, and other than wondering whether I should have posted here or the Creative Corner, I’d like someone to make me one. Or at the very least recommend something nice.
Pages: first 12 next last