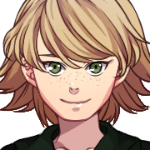 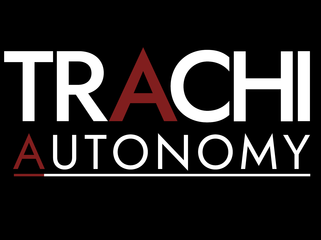 09/05/2021 12:34 PM
Exactly! I'm very blessed to have a bunch of testers hugging every corner just to see if they can slip through something x) But even they miss stuff here and there. So I'm super thankful for any pointers.

Yeah, I saw you made a few games, yourself, hehe. I'll definitely check them out once I get the chance!

09/04/2021 06:20 PM
Hey!
First of all: Thanks for all the well-put feedback and the illustrations. I really appreciate it! (:
I'll go into tiles and layers below, since it's a more systematic problem.


As for the other stuff:

1. Spelling error with the "Unrelenting Man." You spelled "even" and "begin" wrong.
Can you tell me which map this is on? I think I have an idea, but if you can point me to the general direction, it'll make it a lot easier on me.

2. There are two villagers: one outside and one in the custom's office. You ask where barracks are located, and they both say... "Right over there."
Good catch! Likely oversight on my part. I'll get it fixed.

3. The guy asking you to talk with the cranky hermit. After he says he'll handle it himself, he just teleports to the door.
Fixed for 1.3

4. For your transfer events. You should have them transfer to the new map one tile ahead. You have them standing on the transfer event back to the previous map. So players have to move forward 1, and then back.
I'll have a play around with this. To me, it's more a stylistic choice. I can see it being annoying if people want to instantly go back to the previous map. However, I don't think it's that common, to be frank. Regardless, I'll have a play around with your suggestion and see how it feels.

5. Also... I'm one to pause some dialogue in my games for some dramatic effect, but it seems to happen a bit too often, and the pause can be quite lengthy.
Hehehe. Some pauses are indeed too long. It's something I'll always be adjusting. So yeah, I'll defo look at the earlier sections in regards to that and see where the timing can be improved.

Now as for the big one:
I'm aware there's a lot of tile and layering issues.
Thanks for the pointers, though. I'll have a dedicated look at them, shortly before the release of 1.3.

Most of the problems stem from the fact that the taller sprites need a lot of band-aid fixing, since at least RMMV is super-bad at handling it with it.
I'm trying to come up with a more systematic solution, especially since the fix I'm currently using comes with a huge hit to the performance on some maps.
In other words, I'll try to get it sorted for the next patch. Just a question of how elegant the solution will be x).

Alright, I hope I covered the gist of it.
I'm very focussed on getting the second part of Act 2 finished, but I'll definitely come back to your notes before release and see what I can do about the things I haven't fixed, by then.
If you're interested, I'll send you a link to the pre-release build of 1.3, once it's finished (should be in two weeks, at most).

In any case, thanks again a thousand times for your effort!
I'm always super happy for people to point me to stuff I missed and am looking forward to what you think of the rest.

There's also a chapter select option when starting a new game, so you can always choose where to jump in.

Sorry about the confusion! Hope I could clear it up :,D