Close
I am a piano technician and musician by trade. I am a poet, a writer, an artist in my spare time. 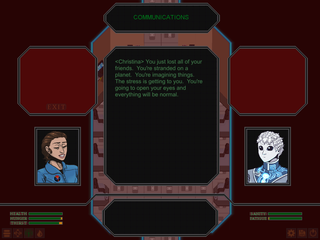 12/05/2021 01:03 AM
I honestly don't know. I don't think you're going to find anything that long web embedded. Maybe one or two games on a site, but a bunch of them that long? Hosts charge for bandwidth.

slash
Young Frankenstein: The story of Doctor Frankenstein, as told by Mel Brooks. I was a bit disappointed, actually! Gene Wilder is usually a really funny actor but I think the gags kind of just fell flat? Maybe it's just of a different era, but I thought it was... fine. The bit with the gendarme's metal arm had me cackling.

Oh, that's a shame. Young Frankenstein is one of my favorites. At least you enjoyed something from it.

You're welcome! I'm glad you liked it!