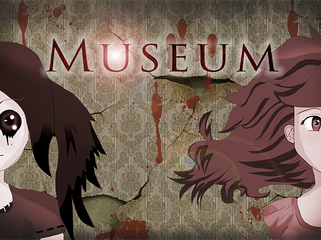 An unforgettable journey is waiting for you...

author=Frogge
This is really amazing. I love the mysterious tone to it.

I've done this music this afternoon. I'm proud of it, it fits the special atmosphere of the game!

author=Frogge
While the music is nice I mostly prefer softer songs on the title screen(like the game over theme). It's just a personal preference though ^^;

author=cabfe
By the way, do you plan on adding emosets to your busts?
It's extra work, but adds a lot more to the credibility of the emotions felt by your characters.

I went overboard with it in my own game, but at least make the basic ones (neutral, smile, anger, sad, laughing, etc.) especially for an atmospheric game.
I'll always remember that one game where a default cheery girl portrait was used and she was saying that the town was on fire. That felt really odd and kind of creepy.

I think about it yesterday :p
Of course, I'd like to, but that's really a lot of work ^^
Maybe not for the demo, but for the complete game, I will. ;)

author=InfectionFiles
I get a very disney but darker vibe from these busts!

Yes! Disney is my main inspiration (I love it so much)!! But my game will be dark, and my busts should reflect it :) That's why I've tried to do this Disney-dark, mixing Disney codes and using dark colour style ;)

author=Nedras
Your art is very nice. I think it really suits the atmosphere for this game.

I have a question though--are you not going to use the old portrait you mentioned in your previous blog? Just curious.

Later,a friend of mine has drawn a bust for Amaranthe in a manga style(http://rpgmaker.net/games/7613/blog/15864/). I've used the lineart and have used it to create the new "Disney" Amaranthe (as you can see in the actual pic).

author=Frogge
I like them, but Brenda's face looks a little too big compared to the rest :P

Thank U Frogge, you are absolutely right, i "zoomed" too much brenda's head ....

author=cabfe
I like your style. There's something in them that makes them interesting to look at.

author=BrokenMask
Loved the art you posted. This looks promising, can't wait to play it.

I'm kind of new here, so I have a noob question. Is there a way to get updates from a specific game? I'd hate to miss out on this just because I forgot to check.

Thank you very much BrokenMask ;)

I've been quite busy the last past weeks, but promise, I'll finish the game to make a review for you.

author=ManikOsiris
Can you make a mobile version?

Yes, why not. But, I use a lot of parallax mapping and effects, hope it won't be causing lag to the game...

author=cabfe
If you need a hand with the beta test, I can play the original French version.

Cabfe, thank you for your help.:)
Hope to give a demo soon, for the end of february maybe :p

I've been quite busy the last past weeks, but promise, I'll finish the game to make a review for you.