I been messing around Rpg makers since RpgMaker 95. I made a few games on that and took a long hiatus from publicly releasing games. I published a few short stories in a few magazines and was a comic writer for my local scene papers.

My biggest gaming influence was the original Persona. After growing up on the Squaresoft Rpgs as a kid, it was the first Rpg I ever played with a modern setting, which inspired me at a young age.

I tend to write games that are story and character driven. I do a lot of Tarrantino-esque dialogs in my games. I love the art of conversations between characters not only as story development but for character development. I'm not too big on aesthetics and flash but I do believe they add to the enjoyment for some people. I'm not a great artist but I do like to franken-sprite graphics to fit the characters I pictured in my head. 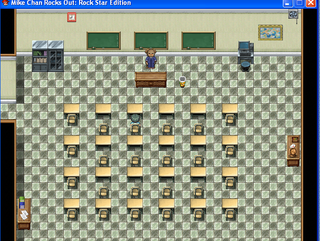