Close
I've been an active member for quite a few years now. I started my RMN career by releasing the Eden Legacy Trilogy of games (each entry took 4 months of nonstop work) within one year, and I've gradually shifted to creating other games as well. I now have 3 flagship series: Eden Legacy, Fragile Hearts, and Mafiosi (being remade for commercial release as Crime Opera). I'm pretty much solely focused on the Crime Opera series of visual novels right now, as my band and job currently take up most of my free time.

Currently working on
-Crime Opera Trilogy (Mafiosi 1, 2, & 3 edited, with all original resources)
-It's a secret... 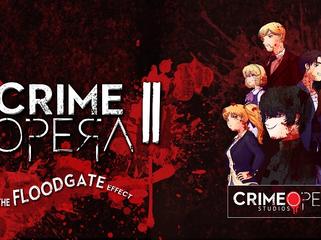 The kids have grown up, and they're becoming quite dangerous.

So the release of FF1-3 pixel remasters had me feeling kinda nostaligic. They're really not for me, but definitely got me thinking back to my time playing the originals. I don't think I quite have the time nor patience to go through those versions again, but it got me thinking... there was an FF1 remake made years ago with rpg maker. Pretty obscure now, but I knew I remembered it actually existing.

Took me a while to track down, but the creator, Max Berger, still has the site up with a download!

03/13/2020 04:56 PM
Haha I took a browse through the forums yesterday and happened upon a thread bashing some kid for an overreaction he had (everyone agreed he had to be a kid, based on his behavior). They piled it on, nonetheless. Mods included. I'd hoped the cyberbullying would have stopped by now, but it seems it may even be worse than ever. Shame :(

This game really was a mess, even I can admit that lol. While I spread development over a few months, I tried to make sure the actual development time (hours put in) amounted to roughly the same as Esoterica, much to its detriment as I didn't fully realize enough of... well, anything lol. I think everyone who tried it felt the same as you do. I'm also sure there's something else that can be done with the general idea, so maybe one day I can revisit that. We'll see!

Thanks so much for your feedback! It's still a dream of mine to revisit these and improve them taking all the suggestions I've received over the years and finally completing the trilogy. Unfortunately, Crime Opera has taken over all my free time, and it will still be a while yet before I'm able to come back to these. I do still have hope, however!

08/24/2018 03:13 AM
Awesome! Thank you so much! We definitely need all the help we can get marketing-wise, as it's still a pretty unknown vn and we've just got a couple months before launch. Your help is very much appreciated by our team!

Thanks so much for playing and reviewing! And apologies for the graphical problems. I was pretty lazy with those, admittedly, as I was under time constraints for the contest it was entered in. Still embarrassing to this day, however :P

Admittedly, as a game, this one isn't great. I made it over the course of like a week or something for some event or contest, so the actual gameplay blows pretty hard lol. Glad you enjoyed the story though, as it was one I had had in my head for a while before making this. I think I originally planned to make it into a novella or something, but then this event came along and I figured I'd try some experimenting with it. I should really play this again and maybe rewriting it as a novella could actually happen.

There was a sort of follow-up/pseudo-sequel to this game called Surreality, although I must warn you it's twice as weird and by all accounts a worse game lol. It was based on a freaky dream I had, and shares some of the odd themes found in this game.