Close
"Do not be discouraged, the only limits are, as always, those of vision". 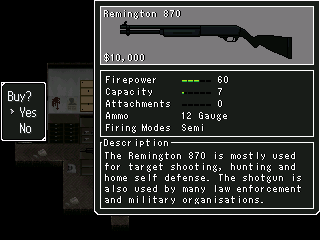 10/08/2012 02:33 PM
Tomorrow my university's going to have a graduation and I've decided not to go as I messed up and forgot to hire a gown so I wouldn't be allowed to take part in the ceremony anyway.

I just wanted to take photos and then leave I wasn't planning to take part in the ceremony. It's kind of a big bummer but I've started thinking, is graduation that big of a deal? Here in the UK you don't graduate from school or college, just university and I'm just wondering why it's something people make a fuss about.

What are your thoughts on this guys? Did you go graduation, if so how was it. If not why not?

I'm also open to suggestions and keep in mind there are a few things I have not yet completed:
- Capturing groups of stones
- Move Numbers for stones
- Other strategies

It is programmed in Java so you will need java installed to play it. 02/22/2012 02:35 PM
This is my first time ever implementing any binary tree or node data structure and I'm unsure whether I'm doing it correctly or not. Could someone who is experienced with binary trees and nodes tell me if anything is wrong with my classes? I want be able to use these draw the tree visually in real time.

Also I'm having trouble implementing the attach(t1, t2) method for attaching a subtree to the tree.

11/18/2011 05:42 PM
Has anyone played King Arthur's Gold yet? It's a really fun indie game, with multiplayer support of up to 64 players, it's also free to play but you can pay for more classes and game modes.

I urge you guys to check it out, it's pretty fun. I love building sky bridges then destroying them when the enemy are under them.

It's inspired by that SNES game "King Arthur's World" which also looks cool but I haven't played it or heard of it till now.

OnLive - The future of online gaming?


Theres been adverts of this thing everywhere on YouTube.

Brief summary of OnLive from what I have found out:
- It allows you to play the latest games on your TV, PC or Mac by streaming
- You get to demo games for free
- No discs/cds or downloads
- Monthly subscription fee
- Needs high speed internet
- Don't need a games console, but you get some kind of small console called "MicroConsole TV Adapter" and a controller.
- Watch live games being played across the world. Apprently according to wikipedia "Over 50 publishers, such as Take-Two, Ubisoft, Epic Games, Atari, Codemasters, THQ, Warner Bros., 2D Boy, Eidos Interactive, Disney Interactive Studios, and others have partnered with OnLive."

11/04/2011 03:03 PM
I'm just wondering if anyone knows how to animate well using charsets as I'm having trouble trying to produce good animation using charsets when my character is reloading or getting hit and when trying to show enemies getting hit by bullets and random blood spurts.

A few examples of what I'm looking for:

10/01/2011 09:11 PM
I've lately been playing Diablo 2 and I was wondering if any of you know of a game that has a lot of options for weapons and allows you to customize to your hearts content, Diablo 2 only does this but by only a bit, I can't make my sword inflict status effects only elemental damage. I was hoping you guys could recommend me MMORPGs/RPGs that have this, preferably in a MMORPG I'd like it to have PvP.

09/07/2011 12:26 AM
I am itching for a new genre and I have thought of making a strategy RPG game, I have a few mechanics in place, much like Age of Empires where you research technologies but don't advance through ages. Assigning villagers/workers to tasks such a gathering food, chopping wood and stuff. But I am having a hard time bringing it all together, so to speak.

I need some more ideas on how I could make this work, I'm not thinking along the lines of an RTS or a turn based strategy game but a new kind of strategy game where I can make full use of in RPG Maker, I am infact just asking how would I go about developing a new strategy game in RPG Maker.

08/25/2011 01:10 AM
I am experimenting with a RTS project where I allow the player to make as many units as they want, thing is to do this I need to use events to make these units, is there any way for me to make events recursively and as many as the player wants without me having to manually make events?

Do you have real friends?

07/20/2011 11:02 AM
I've just experienced a situation in which one of my close friends have betrayed me on multiple occasions and I would like to know from the community here, if they have ever experienced such a situation and how do you know if you are around "REAL" friends?
Pages: first 12 next last