(Not sure where exactly to post these RPG Maker related article links when the occasion comes up - here, general discussion, video games, ?)

11/26/2017 06:45 AM
As I asked in the heading, is the RTP for the official English translated rm2k release downloadable for free like the other RTPs, or do I just have to buy the engine as a whole?

I just came across this article posted last year. It looks at the early RPG Maker scene - chiefly, the illegal use of commercial JRPG resources for freeware games by passionate fans, contextualizing that technique as "appropriation art" (from a fairly obvious non-RM perspective).

It briefly references RMN and a few of the games here & elsewhere (like Blackmoon Prophecy). 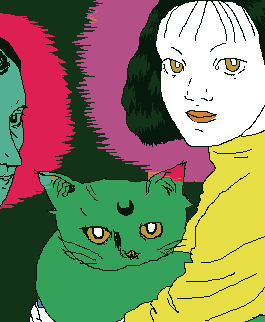 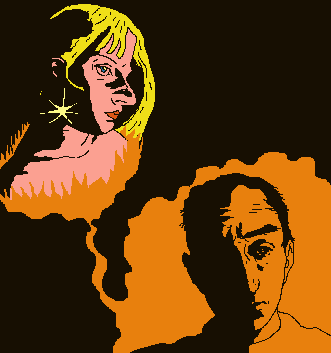 01/02/2016 02:30 PM
My latest strange idea is to transplant a mystery/horror/human drama story into the world of FFVII (strictly from the original game, so ignoring the sequels) set well before the events of the original game, around thirty or so years. The plot would have little to nothing to do with the plot of FFVII, except that it would be set in a small nondescript mining town similar to North Corel, but on the northern continent, near Icicle Inn. The lifestream is concentrated there because of the crater and so Shinra wants to build a reactor in the town. So very similar to Barret's backstory.

However, the focus of the game is on a father and daughter team working as the town's police. The industry shifting from coal mining to the construction of the mako reactor is a minor plotline but the lifestream, great glacier and northern crater stuff would serve as a way of adding a sort of metaphysical element to the overall story.

SO it's sort of an indirect fan-game. It will be explicitly set in the world of FFVII. I just think there is a strange potential in placing a modern crime drama story in that world which is like light sci-fi/fantasy anyhow. Many of the towns in the original game already had that sort of downtrodden community drama thing going on, and I think expanding on that could be pretty interesting.

Is there more honour in outright making a fan game if you want to take advantage of the existing parts of said game or just making a game set in a verrrry similar world? I don't know. I think this idea is promising BUT ALSO INCREDIBLY STUPID, however it feels like the *right* kind of stupid...

I love FFVII unconditionally and would try whole-heartedly to pussy-foot over the original story as much as humanly possible if I actually made this... thing. No surprise cameo from a studly, young Vincent Valentine or anything like that.

Thoughts? Should I just make up my own damn world, or use dear old Earth? How have you, if at all, approached a fan game?

Mostly this is just a place to dump miscellaneous (recent) artwork that isn't really bound to a specific game idea, though I do have some project related content.

Trying to mimic the style (not necessarily the exact image itself) of the beautiful cover image of j-horror game Hell Night/Dark Messiah. Still in progress. 06/10/2015 10:59 AM
After being gone for roughly five months, I am eagerly returning to RMN. Whether anybody really noticed I was gone/knows who I am is, uh, beside the point.

So - hi, everyone! I hope to write more reviews, mak some more gam, etc.

How do I submit a review?

Deciding on the main character, and on how they perceive their world

12/08/2014 05:53 AM
Only a week ago, I thought that I would change my game from following the perspective of one character, to following two others whose lives intersect with each other and the first character - this would serve to give more insight into each of them and would sort of make more sense than having one main character, and cutscenes of the other two talking to people besides that character.

HOWEVER, yesterday or so I returned to the idea of having one main character for the entire game to play as, and I fear that I will be going back and forth between these two options forever!

So I am earnestly wondering, how the hell do you all settle on what character to follow, or whether or not to play as one or more characters through your game? If you've chosen one main character, how do you present information related to other characters - is the player's knowledge of events outside of those which the protagonist is involved in restricted to that of that character?

The problem I have is that the three characters in mind are brothers, with two being different extremes in terms of personality and actions, and the middle bro being the protagonist. The protagonist does not know a lot of stuff about himself that they know, so I am stuck on whether or not the player should learn about this stuff gradually as the protag does, or learn it before he does, or what? Important to note that if he knew things about his antagonist brother (one is very good, the other is very bad, the protagonist is in the middle so is the grey to their black and white), he would be compelled to stop him from harming other people, so it would alter the story if the things he learnt about his bro were discovered BY the player simultaneously - so all I can think of as an alternative to that is to have either cutscenes in which he is not present (which feels sort of clumsy), or to have the other two characters be controllable by the player so that you can more understandably/logically learn what they are doing, their feelings and motives and all that.

However the latter option would kind of dilute the impact of the story somewhat; I am intending to try and make it an insular, condensed sort of thing about the middle bro so that's why I thought going with his perspective only would be effective.

So I guess what I'm asking is more complicated than just "who do you choose to be the main character". How is information about the other characters, the story and the setting presented to you, and to the protagonist?

What's the policy on double/triple/whatever posting in the creative corner?

Sorry that I didn't think to ask for clarification earlier! I just assumed the art forum had more relaxed rules like the general discussion/welp spaces, for some reason.
Pages: first 12 next last