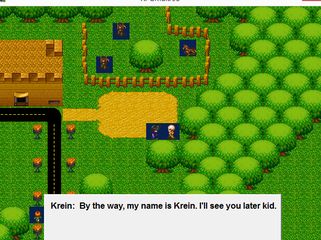 An old fan game made by The1stDragon based on the only DBGT movie.

12/22/2020 05:32 AM
I'll admit getting a photo of Sol was a pain in the backside. Of course, it probably didn't help that I was trying to take a photo of her while she was exploring her new home. 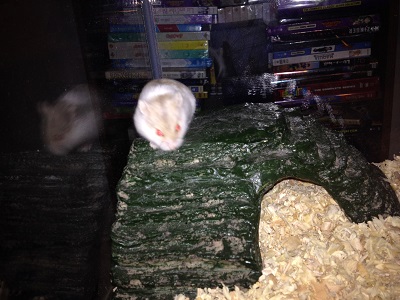 For the curious I went with the name Sol since Petco was calling her a sunfire djungarian hamster. Though that decision seem largely motivated on her having red eyes which is why I bought her in the first place. After all, those eyes are kind of creepy in a way. 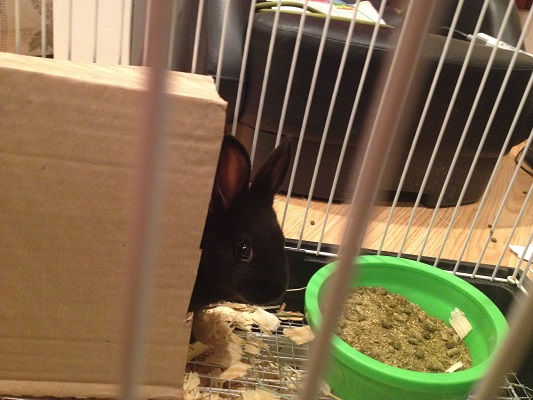 On a sadder note it appears that Roselyn isn't doing very well and had to be left at the Vet over night. Hopefully she'll be back to her usual self pretty soon. Of course her usual self is getting increasingly moody.

Though, I suppose we should try to end on a happier note so I also decided to share these photos. In the first pair of photos we see a before and after comparison. The first photo shows what Snowball's cage looked like right after I just got done cleaning it and putting her back in. The second photo shows how much she had wrecked the place after a single day. And the third photo shows a mouse sleeping in a chew ball. And if you look carefully you can see Sploth's nose sticking out of the plastic tree stump. And the final photo shows Snowball in between a pair of egg cartons. 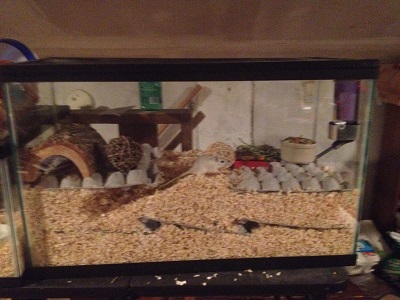 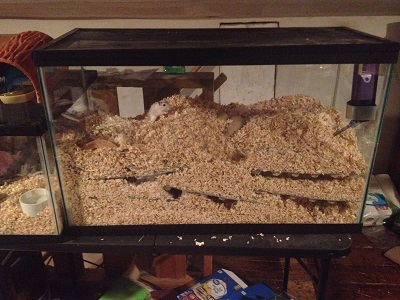 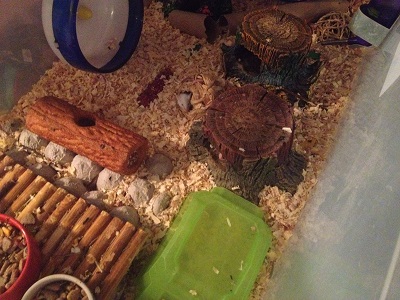 11/30/2020 11:28 PM
Well I've noticed the Sword Art Online games on steam are on sale again and figured I'd ask if they are even worth picking up. Though, I suppose I should have asked this question a couple of days ago considering the current sale ends in less than 24 hours.

11/15/2020 12:04 AM
Sadly most of my old mice have passed away at this point. In fact, the only remaining survivor from my bin cages at this point is Perfume, a black mouse, who really didn't want any new company. Thankfully Filo and Raphtalia were more accommodating, but this left me with a little quandary. What should I do with their 20 Gallon Tank Long. And while I had thought about getting some more female mice. The only ones in stock were white so I decided to purchase a new gerbil instead. Though, I'll admit I should probably look into getting her a new companion in the coming weeks. Though it looks like my state is heading back into lockdown. So that might be a while. 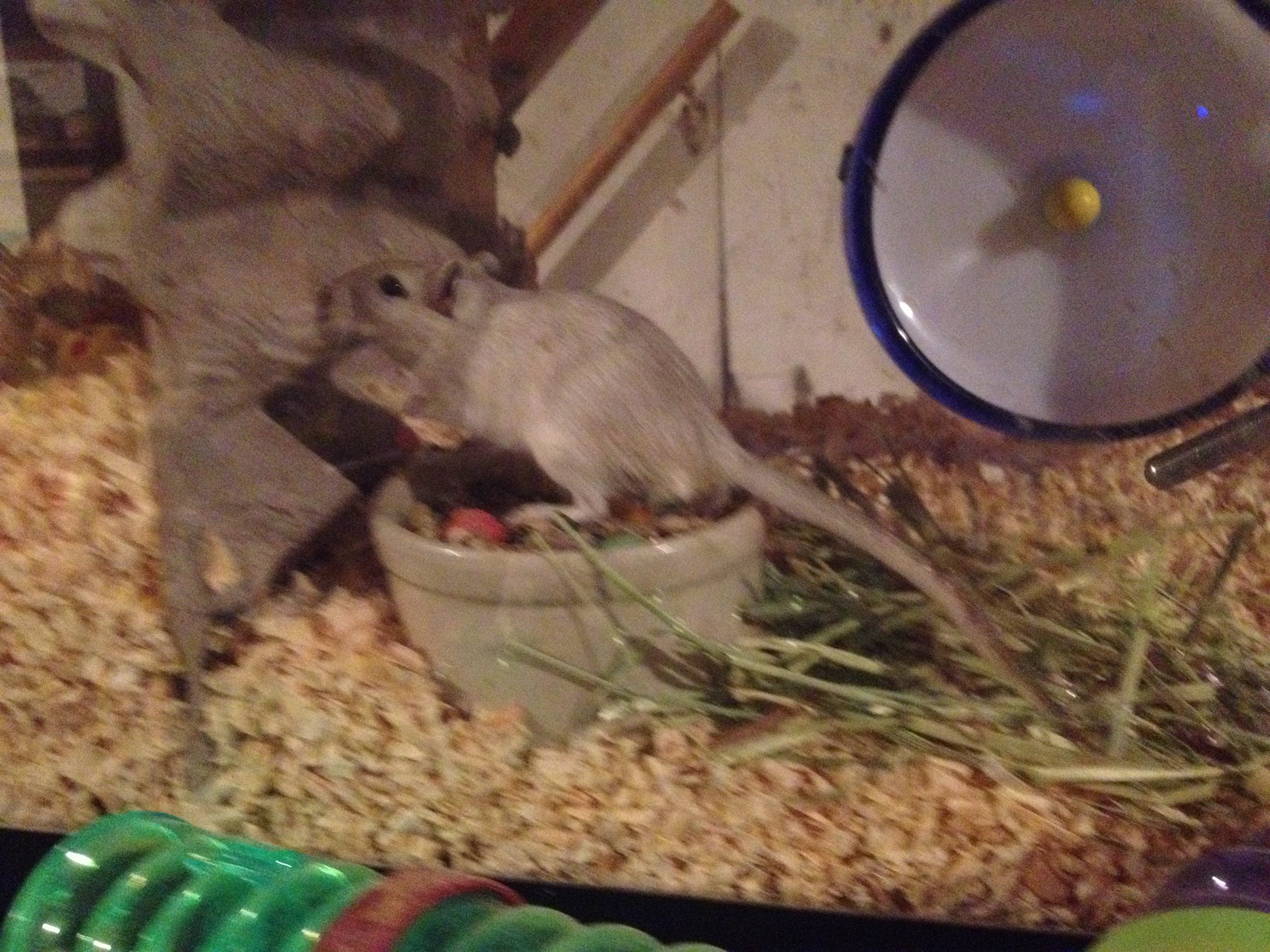 Yeah, I know it's not the best photo, but it's kind of hard to take a picture of a constantly moving target. Snowball really wanted to get a feel for her new home when I took this photo.

P.S.: I'm hoping the name Snowball doesn't prove to be prophetic. After all, I really don't care for snow after being a paper delivery boy in my youth.

08/28/2020 01:48 AM
I've definitely heard a few people complain about how the main series of Pokemon games are growing a bit stale at this point. And while, I'd like to offer a useful opinion on this topic. I really haven't spent any significant time on any games in the franchise since Ruby/Sapphire/Emerald on the GBA. So, I really don't have a lot of insight to offer on this topic. While, I do own copies of Sun and Moon I haven't spent any actual time on them. And I gave up on X or Y shortly after getting access to my Kanto starter Pokemon.

And I haven't spent any time on the competitive side of Pokemon. In fact, the bulk of my hours in Pokemon games are probably in gens 1 and 2 where I easily have over 500+ hours in them. Jeez, I still remember spending so much time on grinding in Pokemon Yellow in order to try and get all of my Pokemon to level 50+ that I actually managed to max out the clock at 255 hours and 59 minutes.

Though, I've probably got way more time in the second generation where I've done multiple challenge runs. I've done everything from beating the game with a team comprised of nothing but baby Pokemon to every mono type run you could think of. Albeit, I had to cheat in a few of the runs to even make them possible. After all, you really don't gain access to any Steel or Dark type Pokemon in Generation 2 until much later in the game. And most of them can only be gained through trading.

Though, I suppose I'm moving away from the poll's question so much as side tracking into just how much I enjoy the early games before we got into the madness of having over 800+ Pokemon.

08/28/2020 01:38 AM
I think one of the more prime examples of where I've run into this issue recently was in "Lost Kingdoms 2" for the GameCube. The game's final boss can actually be instantly killed by the Vampire Card's instant death spell. Which is rather surprising considering the final boss is a GOD! You'd think in terms of power rankings that a God would surpass a mere immortal vampire by a large margin.

I also remember beating a pretty poorly balanced game on this site one time where the only way to beat the bosses was to pray to RNG Jesus while constantly trying to stun the game's bosses with an endless series of leg sweeps. Thankfully, this tactic usually worked for me. Since I don't think it would have been possible to win otherwise.

Or there was a game I was given by a developer offsite where a lot of the bosses were vulnerable to stun locking. Something they told me they would fix in a future update. Though I really wish that developer would post his games here. Since he and his friends definitely put a lot of time and effort into "Fantasy Forever Revisions". Hell, they even recorded voice clips for every bit of dialogue in the game. Even the shop keepers greeting was voiced. Of course, every shop keeper you run into basically says the same thing, but it was definitely a nice touch to include.

Good Idea: Allowing a player to name their own character.

Bad Idea: Allowing them to name any other character.

Yeah, my mom decided to get a pet bunny rabbit. And yeah she's currently residing in a bird cage, because her rabbit hutch didn't come with an actual door for some reason. Apparently the company that makes them isn't willing to ship us a door, but I haven't heard anything about the situation involving the store they purchased it from. So, I'm not sure if they're going to be able to return it or what.

And while Rosette couldn't care less about the rabbit on the grounds that she's basically blind and deaf at this point. She's been making Lacey burn up with jealousy considering the rabbit is getting attention and pets that should be rightfully hers.

And to end on a more positive note here's a picture of Sakura eating a snack inside the relative safety of a fish toy. 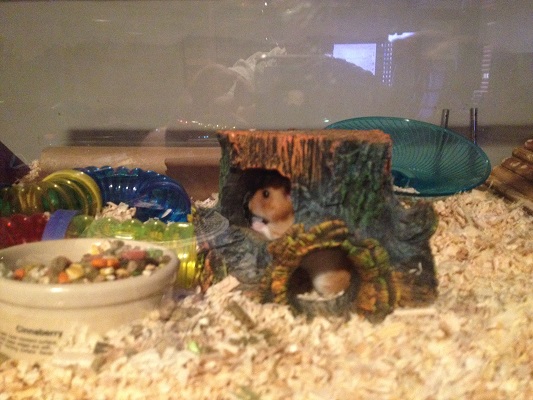 08/15/2020 02:38 AM
Yeah, the list of animals that count as pocket pets was gleamed from the wikipedia article "Rodents as Pets". So I apologize in advance if I missed an obvious poll option for this topic. And for the sake of simplicity I won't be dividing the animals into smaller categories based on size or coat colors.

What are Some of the Worst Movie Sequels of All Time?

08/12/2020 03:02 AM
I'd say one of the worst movie sequels of all time has to be "Highlander II: The Quickening". After all, it made the foolish mistake of trying to explain how Connor MacLeod and the others became immortal in the first place. If there's one thing I've learned over the years is that your usually better off not explaining where magic or abilities that seem like magic come from. After all, any sort of explanation will ultimately make the powers seem less grand or mysterious.

I still find myself griping every now and again about a King Arthur movie that explained Merlin's ability to cast magic as being a byproduct of him being able to manipulate Earth's electromagnetic field. After all, being able to screw around with magnetism would definitely give you the ability to summon the souls of the damned to possess the bodies of your enemies or allow you to turn yourself into a dove. Though, I suppose Magneto would be a god-like entity in that movie's universe.

Of course, Highlander II also suffers from the fact that the first movie didn't really leave any room for a proper sequel. If anything any additional movies in the franchise should have been centered around past events in Connor's life, but those would have a lot less impact. After all, we know he has to overcome those challenges in order for the ending of the first movie to be possible. So it would be really difficult for those movies to generate tension.

Though, I suppose to tie things up, I'll simply say that "Highlander II: The Quickening" is a movie that didn't need to happen.

08/12/2020 02:47 AM
One thing I've noticed over the years is there are a lot of adaptations of "A Christmas Carol" out there. I've easily got at least a half dozen different movies based on this work. I've got a version centered around the "All Dogs Go To Heaven" franchise to multiple live action films. And one of those live action films dates back to the early days of talkies as they put it.
Pages: first 1234 next last