Close
I pop in from time-to-time. 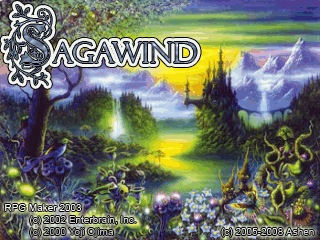 REFMAP game in production for almost a decade!

how hard can that be


not terribly hard just gotta decide on a platform and nose to grindstone since the database is super worked on.

It might actually come out within the next year! :P

next thing we know neophyte will post in this topic

love ya too Craze :P

medical mostly and also FFXIV. i get THAT major surgery in July, which means six weeks of sitting on a cushion at the computer that i can spend game make.

Also, good to hear I can fix my EXFONT without worry. ;w;

Thank you so much to Nessiah and Cherry for bringing this back. The game make in me is totally rekindled. Though I have to admit, some of the plug-ins I had with DynRPG were really useful... Like the game time on the menu, skipping the title screen (which I know is getting added back in).

I do have a question about commercialising a project and editing the RPG_RT.exe. SW uses a custom EXFONT which gets put into the .exe using a HEX editor or similar program. I was wondering if replacing the default EXFONT that 2k3 gives games for that particular .exe was against EULA. Like would I not be able to monetise a game made with 2k3 if I change the EXFONT?

01/14/2014 02:54 PM
Been agonizing over dealing with the games that give me inspiration and what I've actually got in front of me. Like... the closest big-name series in mood and style to my main game is the Tales series. But it started out in a totally different way than what I've got. Plus they can get away with using the SAME TITLE all the time because of the way it's formatted. Then I run into the issue of "well if I wanna downsize, I have to redo EVERYTHING" and I can't even think of where to start and even if I DO do that it's like... okay what do I call the next one?

And then I played Bravely Default. And I'm like THIS CUSTOMIZATION IS SO GOOD WHY CAN'T I THINK OF STUFF LIKE THIS and then I cry.

tl;dr downsizing woes and hating how I never can seem to get anything off the ground.

And that's even AFTER my boyfriend was all "this sounds really cool and you should finish it." D:

How bad is your eyesight?

author=Darken
I honestly never played this series. I guess the first is as good as ever to start? It's kind of hilarious that my only suikoden experience has been Legion Saga.


Considering the first is $10 on PSN (it might be $6)? Definitely. It's a very good title, even if the characters and plot of Suiko2/3 are better. Sadly, finding the PS2 games tends to be an exercise in "wait for the mail" rather than finding them out-and-about, but they're decent as well (Suiko4 being the weakest, but certainly not bad in the pantheon of JRPGs).

Personally, I'd prefer a Suiko6 in the style of Suiko5, but I have the same despair Liberty does about the main writer for the series leaving, so most of the stuff I'm sure most Suiko fans would like to see wouldn't be addressed - like Yuber/Pesmerga or even like... the game taking place in Harmonia.

Operation Rainfall actually had a poll recently of titles that they were going to go to Konami and Sega about (or was it a third-party; I don't remember), and the recent PSP Suiko was on the list for the Konami side (the other was a tri-Ace developed 3DS game). Sadly, I couldn't vote for the Suiko game in good faith because... I don't want another Tierkreis, which is apparently what the battle system is like.

Besides the Sega titles were much more interesting to me - Yakuza 5 and 1/2 HD in particular, along with Shining Hearts. <.<

[Poll] Do you think RM2K/3 will ever die off completely?

author=Feldschlacht IV
I used to be a hardcore RM2K3 supporter and user. I still am, even though I don't use the project to make Chronology anymore. I totally support people using whatever they want to make their games, and I am pretty staunch in my belief that if your game is good enough, the players won't really give a shit what program was used to make it.

I will however say that the different in functionality between RM2K3 and Ace is ridiculously staggering, and a developer is objectively missing out on a lot of cool ass features for the player to enjoy by not using it. When I first transferred Chronology over from RM2K3 to Ace I spent a full week just wondering what the fuck to do now that my game could be 300% better and really only limited by my imagination.

Ace isn't the perfect program obviously, but technically its superior to RM2K3 in almost every conceivable factor. I love RM2K3 till I die but I can't objective deny it.


You've said my exact feelings on the subject much better than I did. Especially with porting my own project to Ace.
Pages: first 1234567891011 next last