Close
I don't want to wake up because I'm happy here. 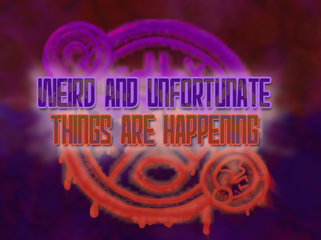 THERE IS NO NIGHTMARE IN DAYBREAK. THE CITY IS ABSOLUTELY FINE. PLEASE FORGET THAT IT EVER EXISTED.

((ANOTHER URGENT!)) I am also recording a podcast ep with maladroithim, Feld IV and WIP so please ask questions!

Feldschlacht IV: What have you learned moving Chronology of the Last Era from RPG Maker to the Unity engine?

WIP: How would you like to see RMN change in the future?

01/11/2021 03:48 PM
I talk about my game ideas very freely around here. If someone wants to steal one of my ideas, I really don't mind, especially if it makes their game better. If people are stealing ideas from me, it ironically means that I'll probably enjoy whatever game they make more XD

I've never found idea theft to be an issue, and I don't think I ever will, unless people start literally copying my story one-for-one or something crazy like that. And even if that happened, as Sooz pointed out, it would still probably end up being a very different game. The things I end up not talking about are more often just stuff I want to surprise people with.

[URGENT] In 24 hours I am recording a pod episode with LORDBLUEROUGE and DARKEN... questions pls gogogogogo

What do you feel are the standout titles in the misaos?

Darken: What has been the most enjoyable part of making The Machine that Breathes?

lordbluerouge: How do you feel this years' misaos stack up to previous years?

01/09/2021 05:18 PM
This is the curse of running an event game. All eyes on you, all eagerly waiting for you to bring them what you promised. It can be frightening.

Why am I being denied?

Also why are you submitting practice maps instead of actual maps from your game? If your game is so early in production that you only have practice maps, then maybe it's too early to put up a gamepage.

01/05/2021 11:29 PM
Yeah, it's a very funny subjective thing in a lot of ways. I look at this and feel like A Blurred Line and Romancing Walker should be higher, and then I remember that I'm an oldie and those were out ages ago.

I love the VX Ace faces you used as the iceburg got lower as well! Really nice!

I too am Three Ghostly Roses deep. The two tiers below that are almost completely unknown to me.

author=unity
Did you get a chance to look at Weird and Unfortunate, Darken? I'd love to hear what you thought if you did so.

Been meaning to, I'll let you know what I think.

Thank you so much, I really respect your opinion as a dev :DDDD

I'm voting (thanks to the one who helped me find the poll!), it wasn't that obvious.
Just a question: I didn't play all those games and I think I won't be neutral if I did only vote for those I played. Is that fine if I'm voting regarding what the game page says, or is it possible to vote only for some awards and not others?
Also, I don't come often to read this topic, but I guess the best event game could have had a good match with Cuties & Clues. There are probably others (I didn't play), but this one works well independently of its event. Sorry I didn't mention it earlier.

I think it's pretty common to vote even tho very few people have played all games, tho I'd be interested in hearing what other people think.

As for Cuties and Clues for the Best Event Game, I feel like it definitely deserves to be a contender in that category. In fact, looking at what showed up eligible on the final vote, I feel like we've failed a little. I enjoyed reading this topic and even thought "yeah, so-and-so game deserves to be on the list" but, and this is critical, I didn't go nominate them and assumed it was a given that other people would.

This was really stupid of me, but it seems to be common; I think a lot of us did this. I wonder if it'd be possible to have admins add games they believe should have been nominated if there's a lot of consensus about their quality (praise on this thread, positive reviews, generally-well received, etc), especially if a category gets only one game nominated.

I don't feel like this would break anything or be unfair, because the voting would still determine the winner, it would just expand the options for voting.