My name is Daniel, I am an Australian animator and film maker living in the Australian outback.

Currently working on a game called "Shooty and the Catfish".

You can check out my animation and game work here:
https://www.youtube.com/user/VisitorsFromDreams

You can check out my gaming channel here:
https://www.youtube.com/user/Gerkinman 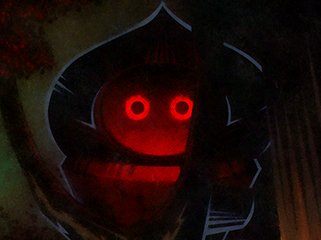 Something mysterious has landed in Flatwoods.

03/08/2019 05:40 AM
This was something I brought up to Liberty a while ago to making voting on game soundtracks for the Misao's a lot easier for people. Hopefully with this thread people will be able to get an idea of what soundtracks were like in games they might not play this year so even if they cant judge a games original soundtrack in the context of how it sounds within the game, they can still judge the music based on its own merits.

I am only planning to release one game this year and so I will be slowly updating this post with each audio track as I release the OST on youtube each week. I imagine other people will want to do the same with each post containing one games OST.

Shooty and the Catfish - Episode 1


Track 05: Calm And Relax Time Will Pass You Will Evolve
Composed by Jim Hort


Track 08: Not Sure Yet
Composed by Jim Hort

So here is the situation. I have been working on my game project Shooty and the Catfish for a number of years now and its getting pretty close to being done. There are however elements of it that aren't working, mainly the story, its just not mixing with the games structure, at least not in a way I am happy with.

My original plan was to have each chapter of the game play out episodically, sort of like a cartoon from the 80's or 90's, with each chapter following a similar to each other. So why not just release each of these chapters as its own stand alone game? They each clock in at around an hour, or a little more if your thorough and talk to everyone. There would be 5 episodes all up with each episode released around 2 months after the last (I am looking at releasing them for $1 each, or $4 for all the episodes in a bundle once its complete). Id be focusing on making each episode dense with content, focusing more on NPC interactions than things like combat, with 1 large dungeon acting as a centrepiece. Each episode would also start you off with the gear you would finish with at the end of the previous episode. I am also considering removing levelling entirely and just having battles drop gold for optional upgrades.

So here is my question, does anyone know of any short form episodic RPGM content that has been released on Steam that would work well as a reference point? I cant imagine I am the first person to think about this model, and while I know there are currently episodic RPGM games on Steam they tend to have much bigger episodes than what I am planning.

One of the issue's that has been bugging me for a while is the games resolution. Its fine when its kept at its native (which is roughly 3x that of the original Gameboy that inspired the games look and limitations) BUT when you blow it up to full screen it looks like... well its a ridiculously blurry mess thanks tot he way MV upscales engine assets.

I feel like the best solution would be a permanently on screen border, the same as a super gameboy and what I used in the following trailer which would allow me to make the game at least 720p without horrible blurring in full screen.

I have tried using common events to create my own transitions or even the "show picture" commands but everything I have tried results in the image fading every time you transition from one map to another. I haven't found any work around for this issue (it seems to be an issue for people using on screen controls for mobile too, that or it just doesn't bother them). I know its a very specific issue so i'm not surprised I haven't been able to find much info on it, but I would have thought someone would have found a way to keep UI elements on screen at ALL times.

Thanks for the help you sexy people. <3
Pages: 1