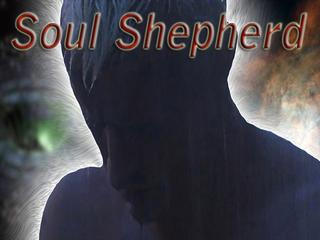 An RPG that fights back

09/04/2016 02:14 PM
Think of it more as a stasis. I'm in the final stages of a couple other projects right now, and once those are completed I'll be coming back to Soul Shepherd. Whether the game will continue as an RPG Maker project or on a different platform remains to be seen, but I'll certainly post here to let people know either way.

ETA on working on this project again: 6-12 months

author=Ethano
And oh my god P4 is a mess of variables. XD


The biggest thorn in my side right now is the level-based penalty/bonus. Being ~10 levels above an enemy grants +50% damage dealt and -50% damage received, while being ~10 levels below grants the opposite. I don't seem to have much of an option besides just assuming (after the first dungeon or two) that the player will be 8-10 levels above and letting it be a grindfest. Altering enemy levels has too many undesirable side effects.

author=Ethano
Yeah I can make one, what kind of style do you prefer? Like pixel art or hand drawn stuffs.


Well, digital art would be my biggest preference for in-battle sprites. Out-of-battle sprites would be pixel art, and I'd need considerably fewer of those. That might be the area where there's more potential for contribution. There is a pretty large free-to-use selection of battlers that I had planned on tapping into at some point to get all the RTP battlers out of the game.

author=Ethano
Absolutely brilliant battle system, even the SMT games can't beat this difficulty and gameplay. Although they do beat you on graphics, but that's not what this game is about.


Thanks for the compliments! I'm actually working on a hardtype mod for Persona 4 right now, and while it's a great game in a lot of ways, it certainly has some formulas and mechanics that make me want to gouge my eyes out. :(

author=Ethano
Actually if you want art done for this game I would be honored to draw some art for it.


If you have a portfolio I can look at, I would certainly consider it!

Well, I'll definitely check it out if I'm around. Which I should be.

07/02/2015 05:39 PM
I'd be pretty into watching SS speedruns. Route optimization for it would be a fairly complex process. Though, in the context of speedrunning, did you really need to try for Nekomata for so long? You'd probably have to be willing to skip some souls, at least until a mechanic that gives guaranteed drops is implemented.

07/01/2015 02:31 AM
Sleep is more of an offensive status. Any physical attacks against sleeping targets always hit and always crit, which can combo with Simply Stunning and Master's Touch and potentially more things in the future. Magic damage doesn't wake enemies up nor receive any bonus from sleep, but sleep doesn't last very long, so it isn't great at simply disabling enemies.

Tailwind is a farcry from nullifying Blind. The highest possible hit rate with Blind is 50%, Tailwind can only affect your innate chance to miss, and doesn't extend further into Blind's chance to miss. It has a higher hit rate than Numb, but it does get pretty outclassed by Numb.

07/01/2015 12:26 AM
Congrats! I think you're only the second person to have done so. Pretty much everything except getting the Wounded Animal procs is intended, and it's possible to do it without Wounded Animal, though that would help seal the deal if you get some bad luck.

-"Ares should have less will stat" - Yeah, probably. Though a save point near bosses would take care of most of that frustration, too.

-"There should be some way of analyzing enemy defenses" - If I can come up with a tradeoff for this that I like, I would be okay with it. Perhaps if it cost an amount of gold based on the target's soul level, but didn't require a turn, or something.

-"When a status is only landing at all 50% or less of the time (as it mostly is), I take that as a sign that you are not supposed to use statuses." - This I don't really agree with... If you can Numb, for instance, half the enemies in a fight, it pretty much makes that fight trivial to win. Plus ailments are inflicted using the same stat you heal with, so anyone you spec as an ailment user is also filling a vital party role for difficult battles. Poison, Wrath, Sleep, and Malice also feel pretty useful to me just for dealing damage. Why is 50%, or even 40%, a bad rate for AoE statuses?

-"I don't like pure random soul drop." - I feel like the only real defense for having purely random soul drops is that there are almost no other RPGs that spare player from the random drop mechanic. Granted the only RPGs in which those drops really matter are MMOs and difficult indie games like this one. And of those, MMOs gobble up player time by design, so they aren't a great point of comparison. At times I've considered a couple different options for this. 1) higher drop rate on souls you haven't gotten yet (particularly for FOEs on this one) and 2) a guaranteed drop after <x> amount of kills. Perhaps a combination of both.

-"Some way to get a bigger backpack and be able to store more than 9 items would be cool." This is by design. Actually some items are going to have caps lower than 9, and no item will have a cap higher than 9. The only other possibility would be me abandoning this inventory system entirely and going to a Dragon Quest / Etrian Odyssey style inventory system, but I'm not sold on that idea. I will say I'm not super enthralled by the way this game handles SP right now... but I haven't taken the time to come up with any solutions for it.

-"The bonus for defeating the bosses (+1 stats) seems kind of lame" - Yeah, I'd been shying away from having the player get a boss's soul from killing them, but I've decided I'm going to do it. So whenever I add the next section to this game, you'll have Kerberos and Ares souls (though Ares might get a rename to go with his rework).

-"Agony seems to have no use besides on Ares." - I've definitely used Agony against hyper Tyants, but yeah it doesn't have much use yet. It is a skill you get in like the last 1/5 of the current game, though. I intend for it to more commonly have use later on.

-"When you're learning a new ability, the cursor should start outside of the ability box and you need to press an arrow key to select an ability. Or else when you click through the battle quickly and miss the Ability Learned text, you delete ability 1." - Yeah, I can do that.
Pages: first 1234567891011 next last